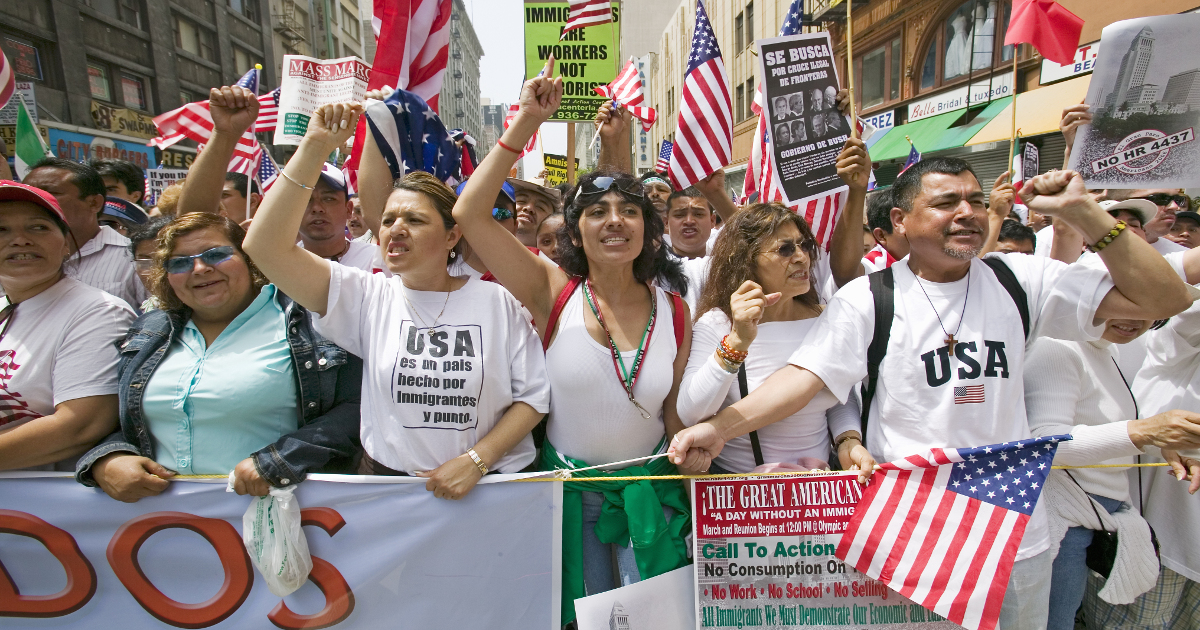 Over the past week, tens of thousands of liberals have been protesting against President Donald Trump’s zero-tolerance policy on illegal immigration and for the several decades old practice of separating the children from their parents when they are arrested for illegal immigration. If you watch any of the abundant mainstream media news casts, you will see a variety of ethnic groups, ages and sexes of those demonstrating.

Depending upon where in the United States the protesters have gathered, you will see large numbers of Hispanics. Since the vast number of Hispanics are Democrats, they have protested against Donald Trump before he won the 2016 election, especially when he announced his plans to enforce federal immigration laws, build a border wall and to secure the border.

For the past 8-years, many of those Hispanics praised Barack Obama, but the only thing Obama really did for them was allow their family and friends to enter the country illegally. Obama worked to allow nearly a million illegal aliens to remain in the US without any fear of being arrested and deported. Part of that process allowed these illegals to obtain work permits where they took a number of jobs away from American citizens, including Hispanic American citizens.

When Donald Trump became a serious presidential candidate, a growing number of Hispanics began protesting against him, mostly for his immigration stand.

After a year and half in office, many Hispanics continue to protest against Trump, but like so many other liberal Democrats, their hatred for Trump has blinded them as to what he has done for them.

Other than trying to enforce his zero-tolerance policy on illegal immigration, what has Trump done for the Hispanics in America?

According to the US Department of Labor – Bureau of Labor Statistics, for the month of June, the unemployment rate for Hispanics and Latinos dropped to 4.6%, the lowest in history. How does this compare to other groups?

Under President Donald Trump, more Hispanics and Latinos are working than ever before in America’s history. Secondly, under Trump’s tax reform plan, all of those Hispanics/Latinos are taking home more money for every dollar they earn than they did under Obama.

They need to realize that their current prosperity is due to Trump and if they help vote in Democrats this year, America’s Hispanics or Latinos can kiss goodbye to many of their jobs and their extra take-home pay. By protesting against Trump, they are protesting against their own purse strings, wallets and bank accounts.