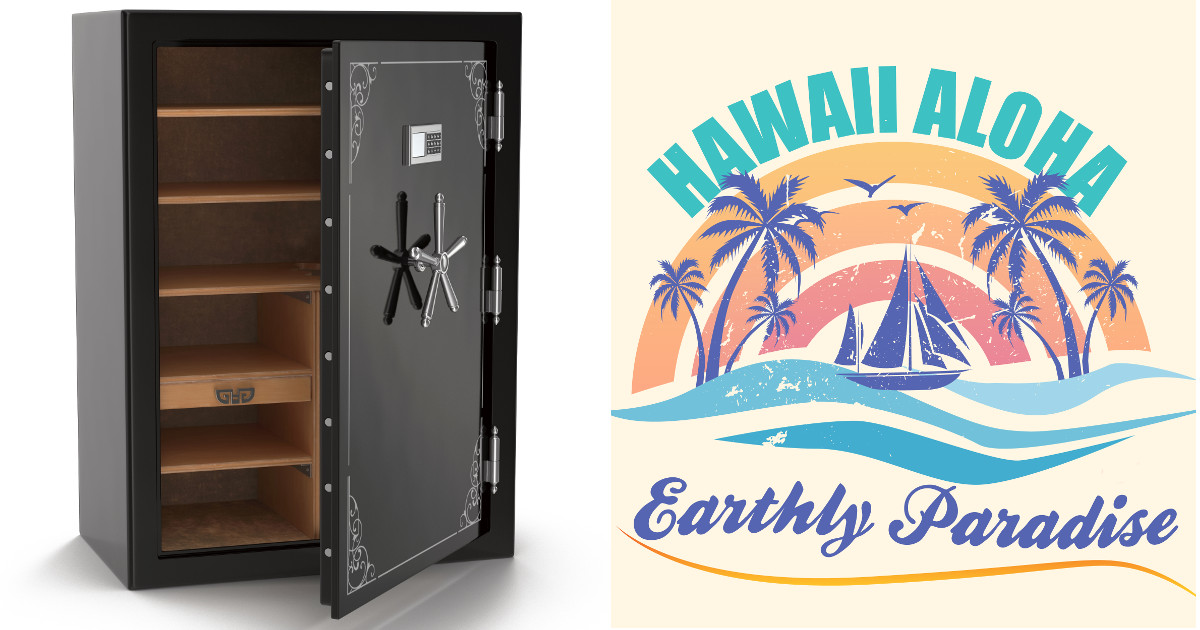 According to the Hawaii Rifle Association, firearms are to be locked or properly secured while at home, especially if there is anyone 16-years of age or younger in the house that could gain access to the firearm(s).

A number of other states already have or are in the process of passing similar safe storage laws. Some of them not only require all firearms to be locked up but also unloaded, regardless if there are kids in the house or not. In a couple of locations, all firearms are required not only to be kept unloaded and locked up in gun safe, but they are also required to have trigger locks in place as well.

I’ve often written that this leaves a homeowner or renter completely defenseless in the event of a home intrusion. With the rise of drug use, often related to the heroin epidemic, there are more home invasions by desperate drug addicts looking for money, jewelry or anything they can turn into cash so they can buy their next fix.

Not that long ago, most home invasions occurred while no one was home, but desperation for their drugs is driving many addicts to invade homes while people are still at home. Homeowners and their families are being placed in greater danger. Sometimes, the invasions happen while the husband/dad is at work and it’s just mom and her children at home.

Having one’s firearms unloaded and locked up gives these moms no way to protect her kids and herself. I know of one case where the husband and wife both had concealed carry permits, but lived where there was a safe storage law, meaning that their guns were kept unloaded and locked up when they were at home. After the husband left for work, two invaders broke a window in the back door and forced their way into the home. Both invaders were armed with knives and ordered the wife to give them her money, jewelry and then they began ransacking the house, looking for other items they could steal. Before leaving the home, they forced the wife into her bedroom, along with her young children and then both raped her, in front of her kids. After raping her, they stabbed her several times, but fortunately, the wounds were not fatal and she survived. Both her and her husband said that if it weren’t for the safe storage law, she would have had her gun handy and been able to stop the two invaders and prevented herself from being brutally raped and stabbed.

My response to that is that my siblings and I grew up in a house with loaded guns and we knew where they were. There was never an instance of playing with or even touching the guns without our parents’ consent. We were taught first to honor and obey our parents. Secondly, we were taught firearm safety and to respect guns and the danger of playing with them. Our parents also taught us that if there was need for to use the guns for defense, not to hesitate to do so.

Their other argument about keeping guns locked up keeps them out of the hands of criminals, then a recent report from Hawaii sufficiently answers that argument.

Two armed intruders entered a home while the couple living there were sleeping. The couple woke up and the armed intruders ordered them to open their gun safe, which the couple did. The two thugs stole 10 firearms and about 4,000 rounds of ammunition. Both intruders are still at large and are now armed more than they were before the break-in. The gun safe didn’t stop them from obtaining the guns.

I’ve also heard of a thief breaking into a home in New York where they stole the entire gun safe, giving them plenty of time to get it open.

Safe storage laws only place law-abiding citizens in danger from the growing threat of intruders, who still manage to get their hands on the guns or do terrible things to anyone in the house who is left defenseless.