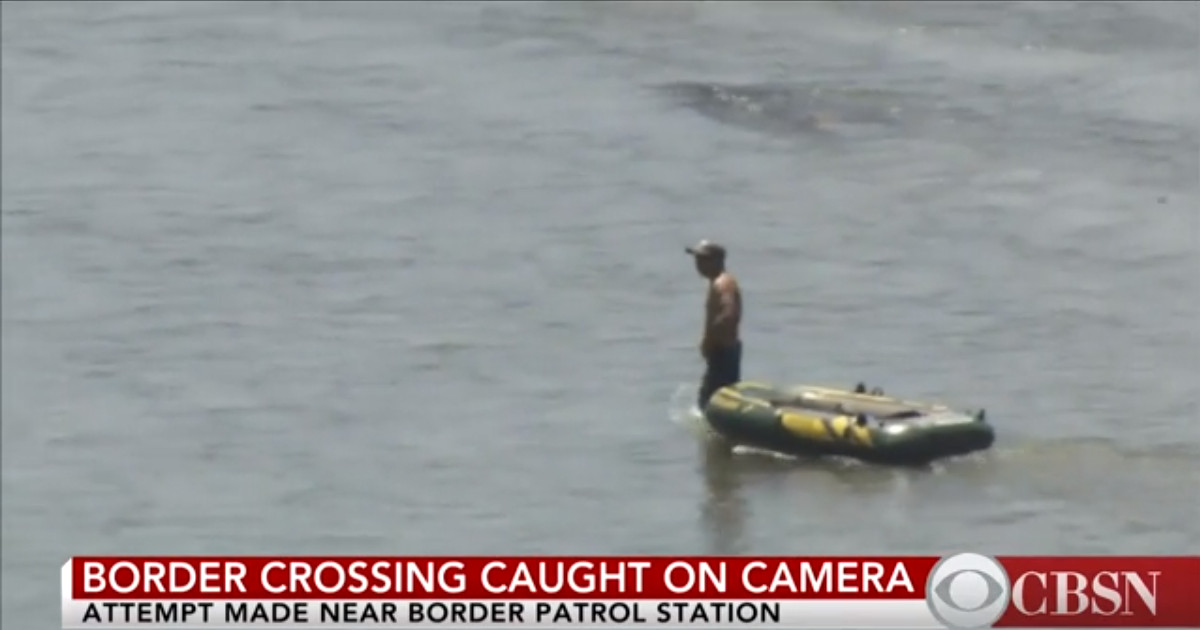 If you ask most liberals in America, they will tell you that the US has no problems with our southern border and there is no need to build a border wall or increase the number of Border Patrol agents. Believing that to be true, a crew from CBS traveled to the US-Mexico border in Roma, Texas. They went looking for a story on the border wall that President Trump wants to build in the Roma area.

However, they got more of a story than they bargained for. They found out first hand just how dangerous the border in that area and how many people are crossing the border illegally every hour of every day. The crew crossed into Mexico, only to be warned they had better leave due to the danger. That liberal news crew learned a valuable lesson and one that few will hear because it supports what Trump is trying to do.

(Constitution.com) – Even though the liberal media has been working hard to avoid reporting on the facts on the ground along our Southern border, it seems that reality is forcing them to pay attention.

CBS reporter David Begnaud was near the border in Roma, Texas earlier this week to report on the possibility of a border wall being built in the area, when he happened to videotape some illegal immigrants being smuggled into the USA. Not only did Begnaud catch this all on video, but he also had the pleasure of being threatened for doing so!

CBS News’ David Begnaud said he and his crew had gone to the border to work on a story about people receiving letters regarding the border wall that President Trump wants to build in the area. After stopping at a lookout point at the border, Begnaud and his producer drove over an international bridge that goes from Texas to Mexico, crossing over the Rio Grande river. They then parked on the Mexico side, along the water…

For years, Texas and Arizona governors tried to get Obama to come and tour the border, but he refused because he didn’t want to witness the obvious and then have to explain why he wasn’t doing anything to secure the border. If more liberals not only witnessed what was happening, but were forced to live in border communities like Roma where you have to keep everything locked and sleep with a gun under your pillow, then they’d change their minds about a border wall and more border security.