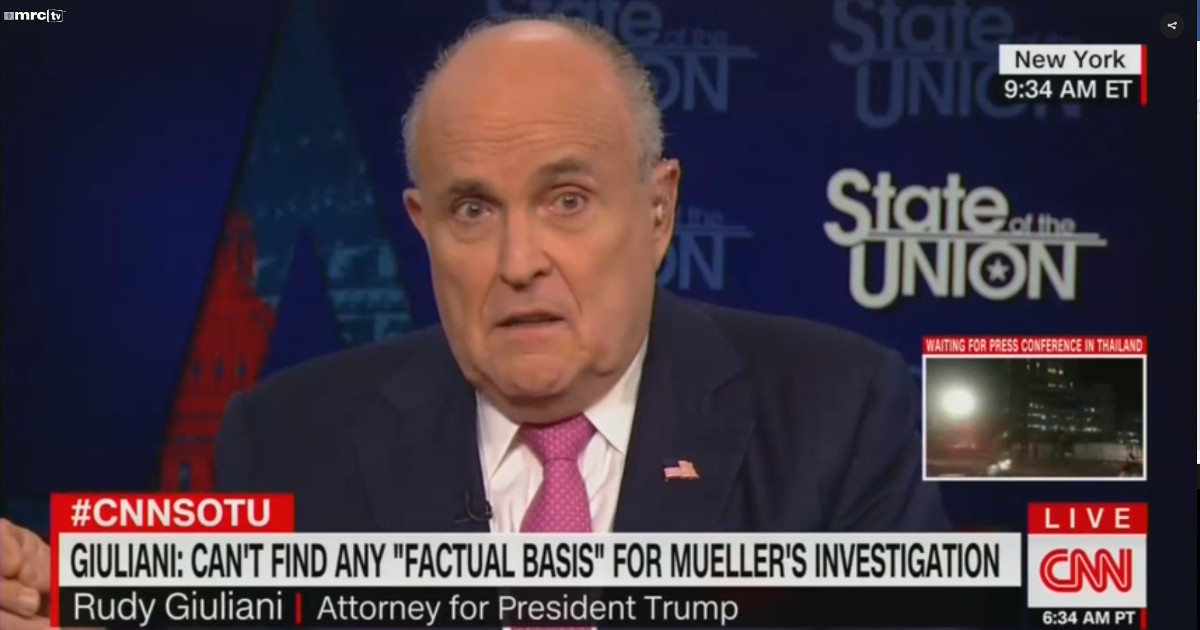 Well, he didn’t use those exact words but it amounts to the same thing. Giuliani has challenged Special Counsel Robert Mueller to show the evidence of the alleged crime that justifies the year long investigation that has targeted Donald Trump and his presidential campaign.

He explains that you just can’t start to investigate someone because they have different political views than you do. It’s simply not done. There needs to be some kind of probable cause and that is what Giuliani is calling for Mueller to provide, which amounts to the same thing as put up or shut up, meaning provide the probable cause or shut down the investigation and stop the witch hunt that is only hurting the country.

(CNS News) – If Special Counsel Robert Mueller wants to interview President Donald Trump, “They have to give us a factual basis, meaning some suspicion of a crime,” Trump’s attorney Rudy Giuliani said on Sunday.

“For example, I can’t initiate an investigation of my neighbor just because I don’t like him or just he’s politically different from me — which is really what happened here,” Giuliani told CNN’s “State of the Union” with Dana Bash.

They have nothing, Dana. They wouldn’t be pressing for this interview if they had anything. If they had evidence of a crime, they would write a report. And they can’t write their report because, on collusion, they have nothing…

I’ve used the put up or shut up a number of times in my life to challenge accusers or those who just tried to silence me or challenge my views. I’ve taught on several biblical subjects and had atheists on hand, trying to disrupt and make false statements, so I challenged them to put up or shut up and in most cases they shut up and slunk away. This is what Giuliani is trying to do with Mueller by forcing his hand.