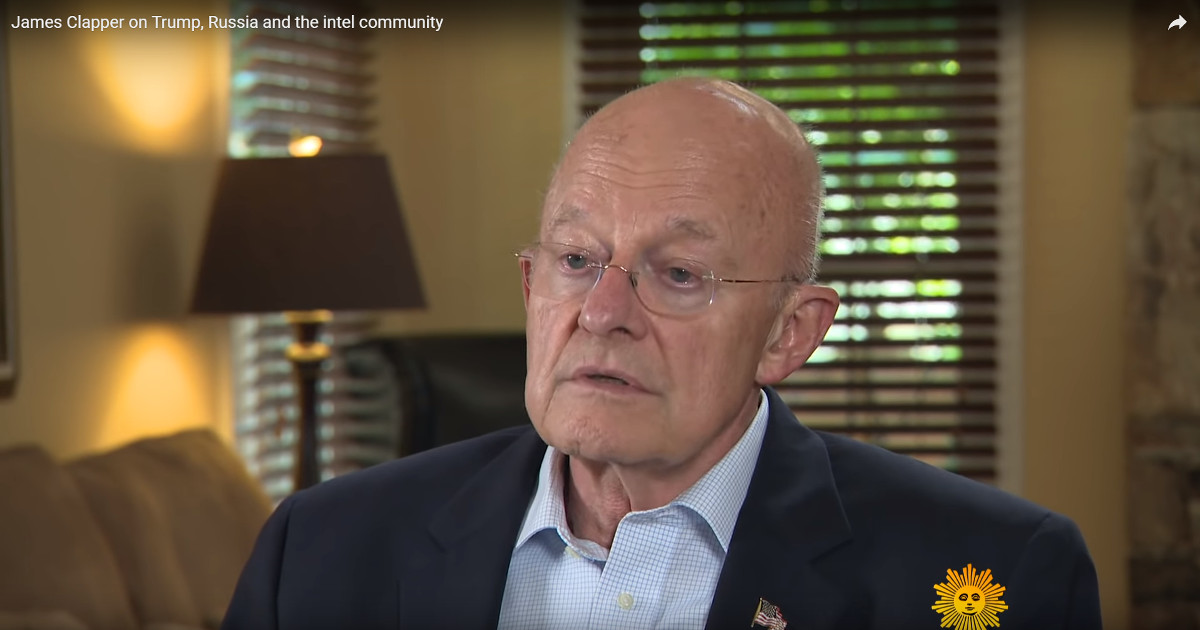 There should be no doubt in anyone’s mind that there was a concerted effort within the Obama administration, largely the DOJ and FBI, to discredit Donald Trump during the 2016 presidential campaign and then to undermine his presidency once he was in office.

A member of the DOJ supplied confidential information that was used in the now infamous Steele dossier on Trump and we know about how Comey and McCabe gave Clinton a free pass on her email scandal and we know about Peter Strzok and Lisa Page, among others within the FBI that worked to undermine Trump.

But who was behind it all? Who gave the orders?

(The National Sentinel) – Confession: Is former CIA Director James Clapper trying to get out from under the bogus witch hunt investigation of the 2016 Trump campaign? Because it sure sounds like it given what he said on CNN, where he is an analyst, on Saturday.

Clapper actually came out and admitted that the special counsel probe into Team Trump 2016 is a politically-motivated scam undertaken at the behest of former President Barack Obama.

Hearing Clapper claim that Obama was behind it all should be no surprise, since he should go down in history as THE most corrupt occupant of the White House that America has ever had. Many also believe that Obama was the one who gave the orders for the IRS harassment of Tea Party and other conservative groups.

Off-Duty Firefighter Jumped by Mob Who Tell Him It's 'Fight Night' Before Brutal Beating
July 25th, 2021 Flag And Cross