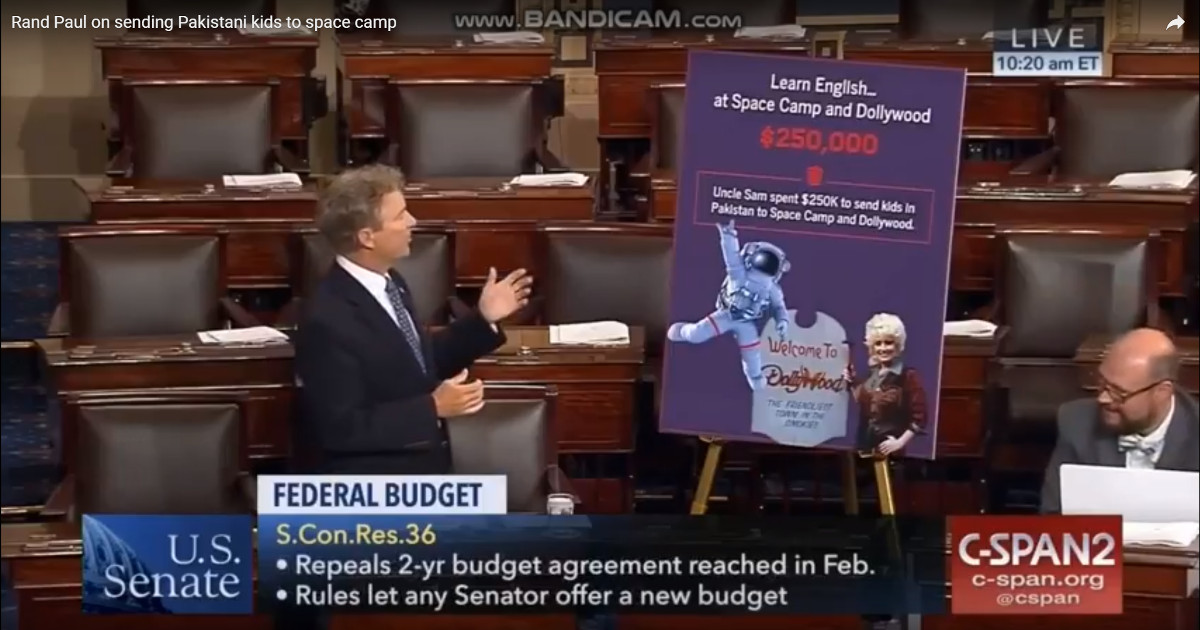 Understanding federal spending, especially in relation to the national debt, is like trying to find one’s way through the most complicate maze or labyrinth ever devised.

Currently, the national debt is about $21.221 trillion. Some of the federal spending is necessary, such as defense, Medicare and Medicaid, but the spending just to keep the federal government operating is highly questionable.

Shortly after being sworn in as America’s 45th President, Trump ordered all of his Departments and agencies to cut their budgets by 10%, but that isn’t nearly as much as it should be.

As far as some of the other spending of our tax dollars, many of us wish we had more of a say, because if we did, we sure wouldn’t be wasting some of it like the fat cats in Congress have been doing.

For instance, in 2013, the federal government spent $1 million for a single fancy bus stop in Arlington County, Virginia.

Then there was the federal grant of $3.5 million to install solar panels on the roof of the Manchester-Boston airport. After they were installed, pilots complained that the panels were blinding them, so 25% of panels were removed. The remaining panels are supposed to save the airport about $2 million over the next 25 years, which still leaves the question of how to recoup the other $1.5 million.

How much did you pay to landscape your home? Did you know that US taxpayers spent $704,000 for shrubbery and flowers for the residence of the US Ambassador to NATO, in Brussels, Belgium?

What about the $5 million spent by the State Department for special wine glasses at US embassies around the world. The glasses are exclusive and must produce a high-pitched resonant sound when tapped with an object like a fork or spoon.

I’ve written about wasteful spending in the past including federal money used to host the first ever Sex Week at a state funded university; Obama White House paying a dog walker and 2 calligraphers over $100,000 a year; and then the funding of things like studying duck penises; snail sex, how transgender women use Facebook; pancakes for yuppies in DC; supporting an art exhibit in Venice, Italy; produce a documentary showing how rock music aided in the collapse of the Soviet Union, the infamous Bridge to No Where in Alaska; and many others totaling millions of dollars.

One that should upset every US taxpayer was recently revealed by Sen. Rand Paul in a recent email:

“As I continue working to make sure the American people know what their government is doing with their money, I recently sat down with Sinclair Broadcast Group’s Kristine Frazao to discuss the U.S. State Department spending $250,000 of taxpayer funds to send 24 Pakistani kids on a trip to the U.S. that included multiple days at Space Camp and stops at Dollywood and Washington, D.C.”

“I think we have so many problems here at home that we need to address before we think about spending money on somebody else’s kids.”

The US has spent hundreds of millions of dollars rebuilding in other countries. We have rebuilt entire neighborhoods, infrastructure and even mosques, while our own infrastructure, neighborhoods and churches continue to deteriorate. There are thousands of American kids who would love the chance to spend a week at Space Camp or visit places like Dollywood, but can’t afford it, while America’s Democrats use our money to send kids from another country that largely hates the United States.

But, don’t forget, Democrats also prefer to extend more benefits and rights to illegal aliens than to American citizens, so spending the money for Pakistani kids shouldn’t be that big of a surprise. However, it’s time we taxpayers start making our voices heard and stop this kind of wasteful spending.