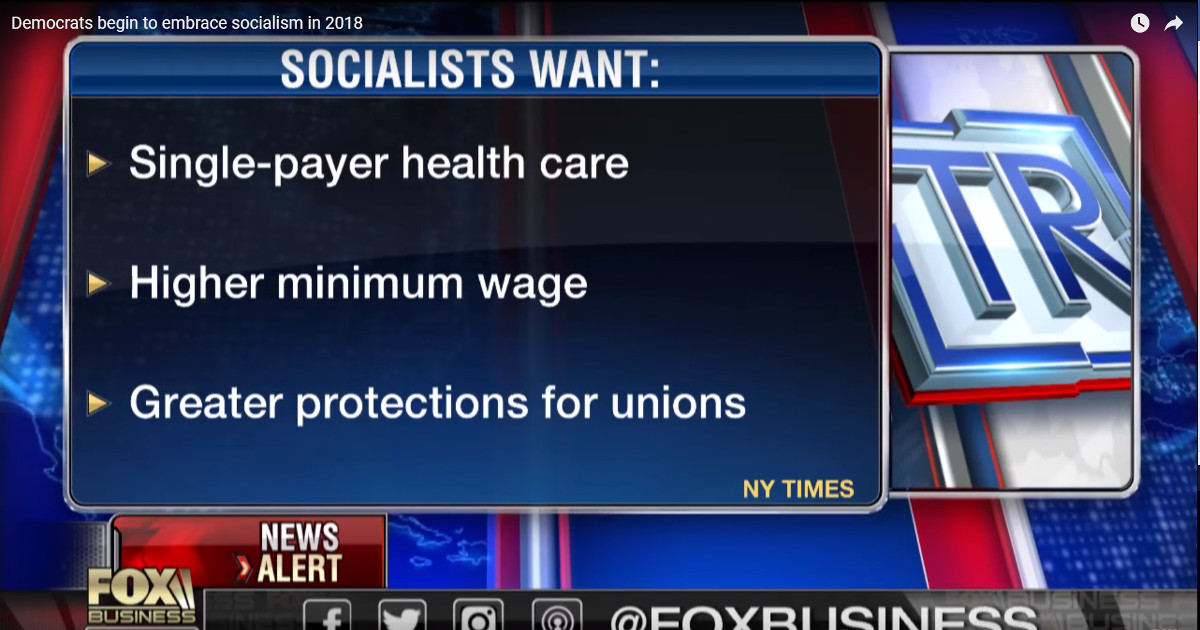 Have you heard any worthwhile economic policies being put forth by any of the Democratic candidates going into the 2018 midterm elections?

Most of what I’ve heard has been wanting to eliminate most of the corporate tax cuts put in place by Republicans, which would cost tens of thousands of jobs, result in fewer hours for many workers and could be enough to lead into another recession.

Investor’s Business Daily has been looking at the various economic ideas being put forth by Democrats across the county. They have concluded that their policies are weak or smaller versions of Trump economics and for the large part, they are becoming more socialistic all the time.

(Investor’s Business Daily) – Economics: After spending a year traveling around the country on a “listening tour,” Democrats in the House released an economic plan that consists of either recycled bromides or pale imitations of what President Trump is already doing. Meanwhile, the party’s base drifts further into socialist extremism.

The Democrats dilemma on the economic policy is obvious. Under President Trump, the economy is surging. Optimism is at record highs. The unemployment rate is at 18-year lows, and for blacks and Hispanics it’s at all-time lows. Median household income is at an all-time high. Worse still for Democrats, voters credit Trump for the economy’s revival after years of stagnation under President Obama.

So, best thing Democrats can say is that “things could be better.” But the party leaders don’t have any ideas to make that happen.

Steny Hoyer, the House minority whip, just released an economic plan that offers up ideas in only three areas where Trump has already made strides against fierce Democratic opposition — job skills, entrepreneurs, and infrastructure…

If voters had any brains they would see that as far as economic policies, all Democrats are offering will only hurt workers, hurt taxpayers and possibly bankrupt America. Their economic plans are a lose-lose-lose situation and every Republican running for office needs to stress this and then compare it to what the GOP and Trump has done for them in just 18 months.