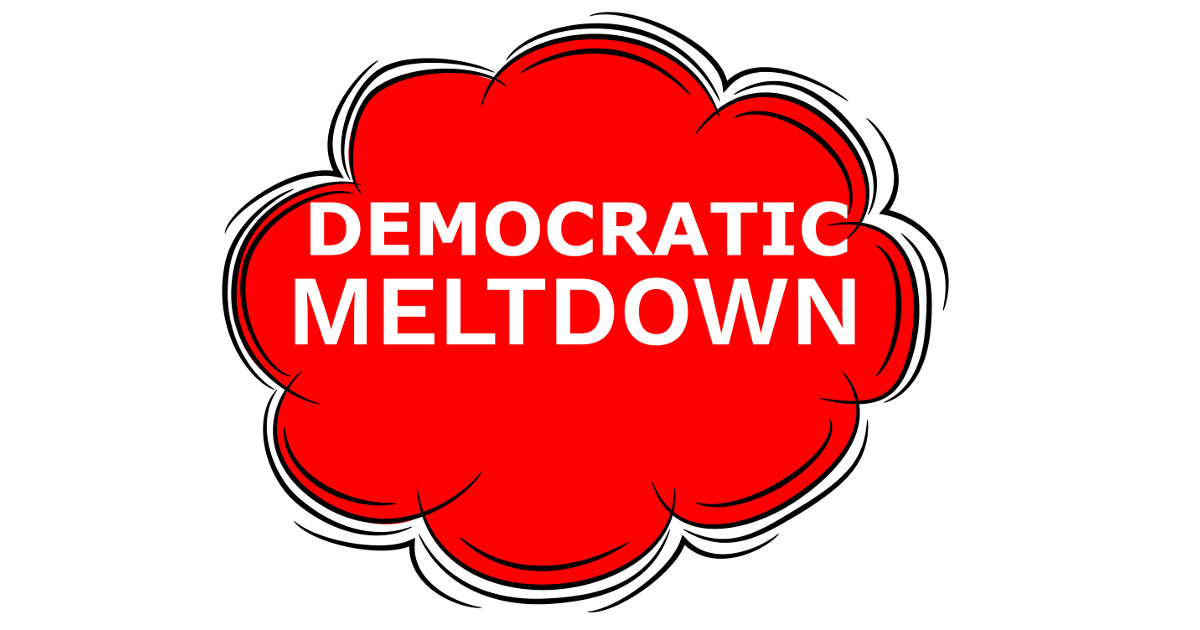 Most great nations and governments were destroyed not by another country, but from internal corruption, confusion and moral debauchery. It happened to ancient Rome, ancient Greece and more recently, it happened to the Soviet Union. If one was a student of history looking at the current conditions here in America, one would quickly come to the conclusion that America is following the same historic trend of internal destruction.

A large part of that internal destruction has come at the hands of Democrats, especially over the past 50 years. It also appears that the current self-destructive trend happening in America today has gone too far to save the country and return it to the great nation it once was.

However, the very political party that is largely responsible for the internal destruction of America is itself experiencing an internal meltdown, which if it continues, could be the one thing that could allow America to regain some of what it has lost.

Rep. Nancy Pelosi once served as the House Majority Leader and hopes to again after the 2018 midterm elections. However, the 78-year-old multimillionaire (net worth of around $29 million) has been having more and more indications that she may be suffering from some sort of dementia. Over the past few years, Pelosi has had numerous lapses in memory, murmuring nonsense while speaking publicly including an address she gave last, which according to one source:

“‘Soy boyn— soy bean futures hit a nine-year low,’ she repeated, attempting to pronounce the words clearly, accentuating each one with a pointed finger.”

“‘Pork producers, corn growers and wheat grawers, growers are reeling, too,’ she said before suffering a brain freeze, staring at reporters and finally saying, ‘And that’s so far this week’.”

“Moments later, she claimed the Supreme Court has ‘reduced the leverage of workers in our country. Roost their leverage for, again, collective bargaining’.”

Pelosi’s problems continued through much of her address. Many younger Democrats have been trying to distance themselves from Pelosi, which is causing some internal bickering and infighting within the Democratic Party.

Then there is Rep. Maxine Waters, who at 79, has allowed her racist anger and hatred for President Donald Trump, Republicans, conservatives and many white Americans, to cloud her judgement and rule her mouth. If you recall, a week ago, she called for the American people to harass members of Trump’s administration. She wanted them to harass them whenever they are seen in public, including with their families and to harass them at their homes to point where they make too much noise to allow them to get any sleep, even though most communities have ordinances about too much noise after certain hours. Basically, Waters has called for an all-out revolt of Trump and everything and everyone associated with Trump.

House Minority Leader Nancy Pelosi and Senate Minority Leader Chuck Schumer denounced Waters’ calls for harassment and revolt, which only fired Waters up even more, causing her to turn her anger towards the top congressional leaders of her own party. Waters has since receive death threats, which prompted her go public and tell any would-be shooter to shoot straight because there is nothing worse than a wounded animal. Her self-description of possibly being a ‘wounded animal’ indicates her lack of respect for human life, including her own. This is beginning to create more infighting within the Democratic Party.

Let’s not forget about Hillary Clinton who says she is being kept awake at night over the separation of illegal alien families. One source says this demonstrates her hypocrisy since she and her husband Bill Clinton continue to ignore Danny Williams, who claims to be Bill Clinton’s bi-racial illegitimate son via Bill’s relations with prostitute Bobbie Ann Williams back in 1984. Allegedly, Bill Clinton has refused to take a DNA paternity test to disprove the relationship, which many believe is his way of hiding the truth.

Ever since her run for the US Senate, Elizabeth Warren has claimed to be enough American Indian to receive benefits as a minority. She used her alleged minority status to get into Harvard, and then to obtain a position as a professor at Harvard. She has been challenged to prove her claim of Indian heritage, but like Bill Clinton, has refuse to take or divulge a DNA test to back up her claim. Donald Trump Jr. has offered a $10,000 bet that Fox News host Kimberly Guilfoyle is more American Indian than Warren. Guilfoyle has taken a DNA test which showed that she is 8.4% sub-Saharan African, 6.1% East Asian and American Indian with at minimum of 5.2% full American Indian.

These are just a few of internal turmoil that has been brewing within the Democratic Party. Couple that with a great lack of funding, one can only hope that like nations in history, this internal turmoil, conflict and corruption will be enough to cause the collapse of the entire Democratic Party and provide a glimmer of hope for those of us who still love and long for the America we remember.