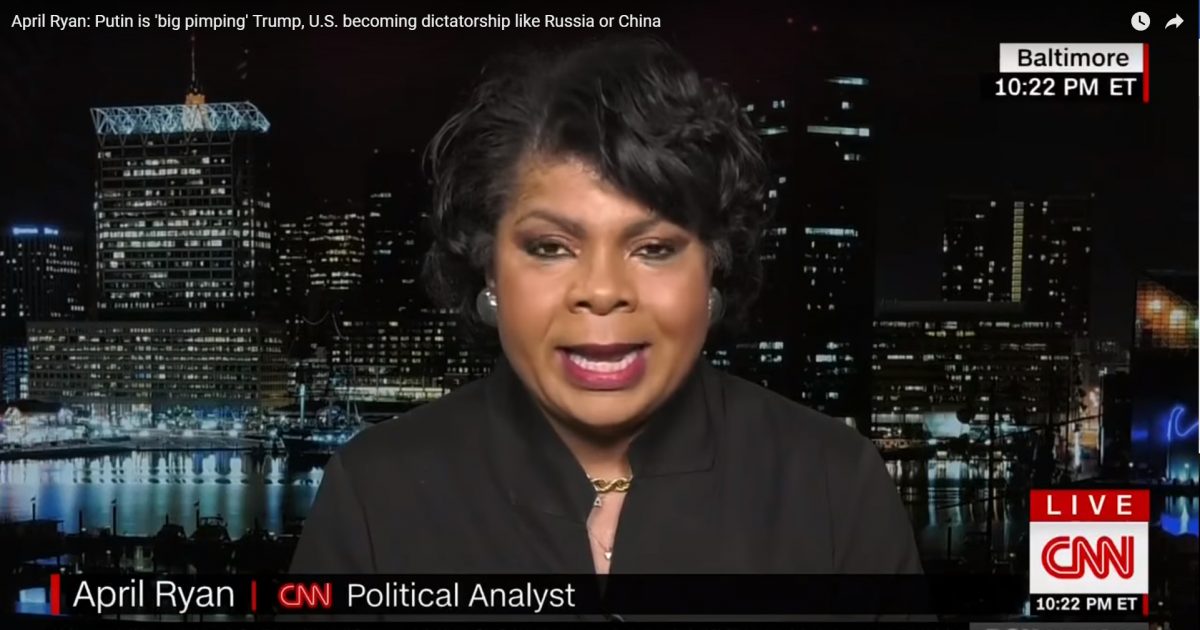 What do you call the leader of a nation who disregards the nation’s constitution, laws, government body, courts and people? Many believe that defines a dictator. For many, that also defines Barack Obama and the way he misconducted himself during his eight years of living high off American taxpayers. He rarely cared about the majority of the people, the law, Congress or the courts. He basically did what he wanted.

Yet, CNN analyst April Ryan has claimed that the United States, under President Donald Trump, is heading towards a dictatorship. Obviously, she is like so many other Democrats who are blinded to the truth by their abject hatred of everything good about America.

Ryan is a White House reporter for American Urban Radio Networks who has been praised in the press for her sparring with the administration. She has in the past asked if Trump thought slavery was wrong, asked Trump personally if he was racist, asked if Trump considered resigning, and suggested White House press secretary Sarah Huckabee Sanders wanted to physically fight her.

During a panel appearance Wednesday on CNN’s “Tonight with Don Lemon,” Ryan and fellow guests discussed Trump’s poor poll numbers in key states like Michigan, Minnesota and Wisconsin, and their connection to Trump’s imposition of tariffs against the European Union and his overtures toward Russia…

April Ryan’s statement is as absurd as when earlier this week, Sen. Chuck Schumer blasted President Trump for that he called a soviet style bailout of an entire economic sector (referring to Trump’s proposed bailout of farmers due to his tariffs). Just a few short years ago, Schumer was a leading champion of Obama’s bailout of banks, auto industry, insurance companies and the mortgage industry.

Hillary Brings RussiaGate Back from the Dead to Fire Parting Shots at Trump
January 19th, 2021 The Lid