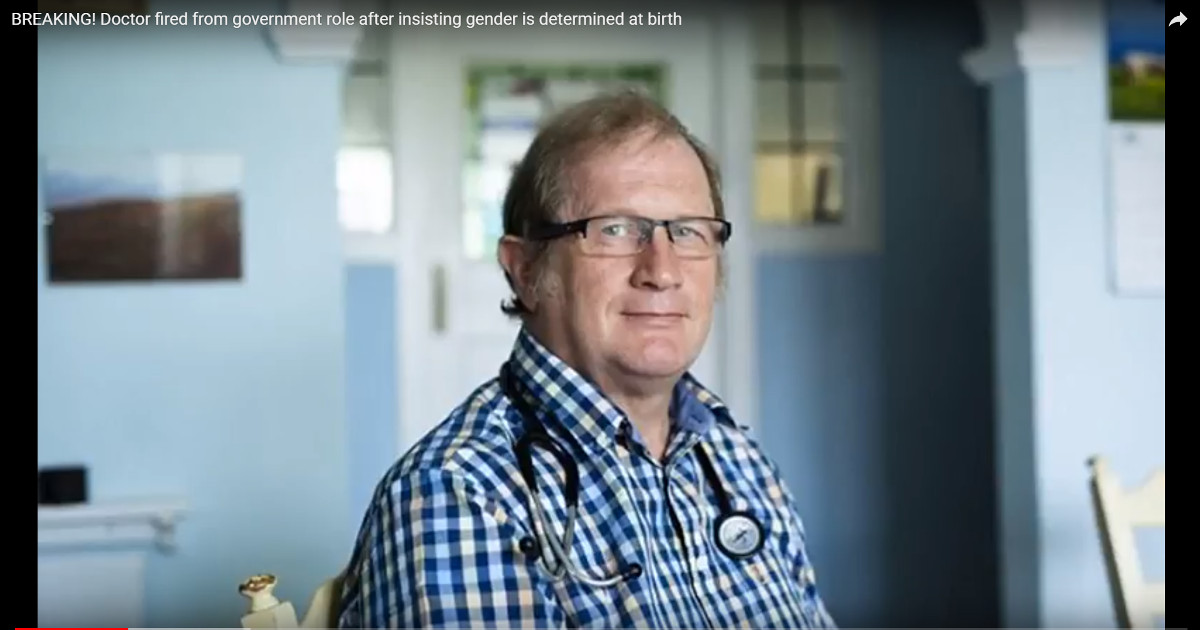 Societal decay and legalized discrimination has taken another step forward when 55-year-old Dr, David Mackereth was fired from his position with the National Health Service (NHS) in Great Britain.

Mackereth has been a practicing physician since he was 29, but because of his Christian faith, he can no longer practice medicine for Britain’s national socialist healthcare system.

Mackereth began training for a new position with the NHS, but when he stated that gender is defined at birth and not by the self-proclamation of individuals, he was reported and consequently fired for being insensitive to the self-gender identification craze sweeping the world.

(The Daily Wire) – A British doctor who started training in May to become a health and disability assessor for the government department was fired for stating that gender is determined at birth.

Dr. David Mackereth, 55, had worked as an NHS doctor since he was 29 and spent most of his career in Accident and Emergency wards, but during his training, his instructor said Mackereth’s reports had to refer to the patient or client by their self-identified gender.

Mackereth recalled, “I said that I had a problem with this. I believe that gender is defined by biology and genetics and that as a Christian the Bible teaches us that God made humans male or female. I could have kept my mouth shut but it was the right time to raise it.” ..

Don’t blow this off because it happened in England because what happens there seems to happen here not very far down the road. National socialist healthcare, the decline of Christianity and open persecution of Christianity began in England a few years before it reached the US and there have already been issues of identifying gender here in the US.