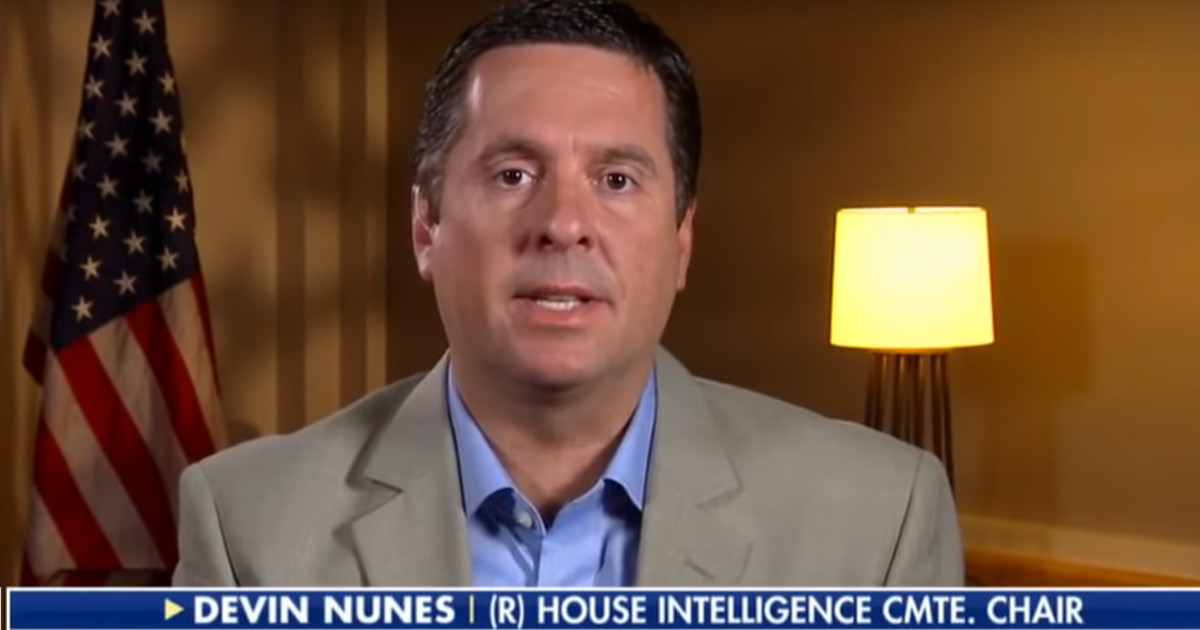 Like so many other conservatives and concerned citizens, I’ve been wondering when someone would finally step up and call for action to be taken against the numerous members of the Obama administration for their possibly illegal actions in using their official positions to intentionally prevent Donald Trump from winning the 2016 election and then to sabotage Trump’s presidency.

Finally, someone has stepped up and do what no one else in Washington has had the courage to do. Rep. Devin Nunes (R-CA) is Chair of the House Intelligence Committee, has called for the investigation of 42 members of the Obama administration along with outside political activists.

(The Washington Times) – Rep. Devin Nunes is referring 42 Obama administration officials, FBI agents and outside political activists to a House task force for an investigation into how the Obama Justice Department targeted the Donald Trump campaign.

If the House Oversight and Government Reform Committee and Judiciary Committee agree, their task force would conduct the most extensive probe to date on anti-Trump government operations in 2016.

The California Republican is asking his fellow GOP legislators to summon for public testimony all 42 — a cast of FBI, Justice Department and State Department officials and outside anti-Trump people with whom they communicated…

Is it a coincidence that it took a non-attorney member of Congress to call for this investigation? Nunes was an entrepreneur who started buying cattle as a young teenager. Like Trump, he was not a politician when he entered politics, but seems to have more common sense than the attorneys in Congress.