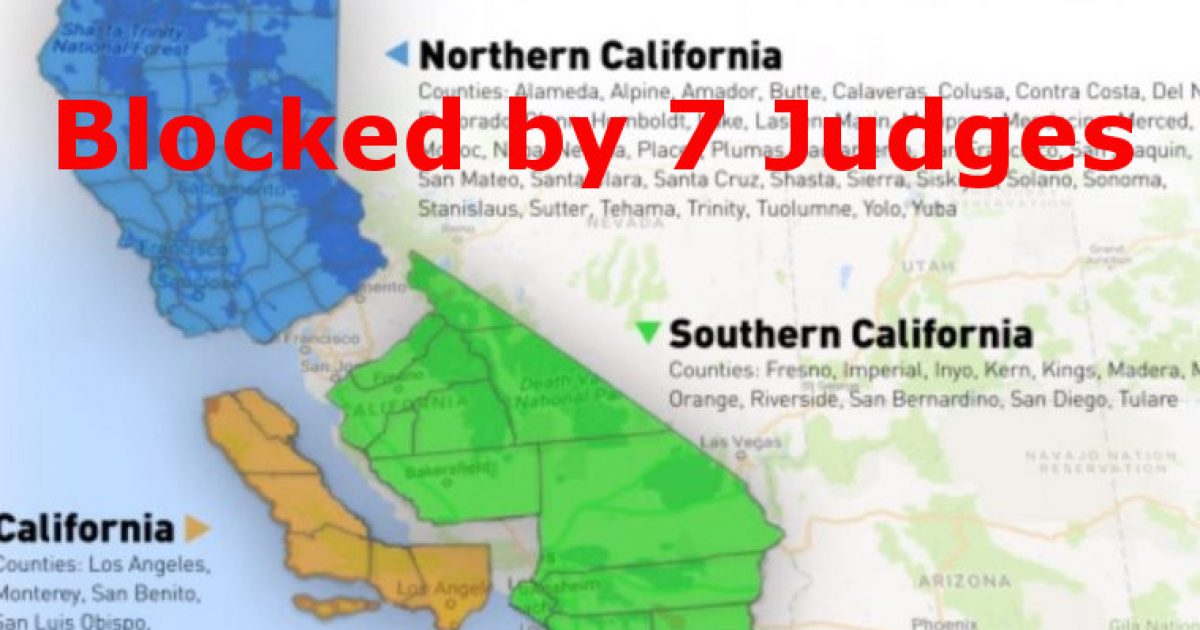 One of the basic principles established by our Founding Fathers was that the majority of the people would rule and the majority would determine what is legal and what isn’t. In today’s America, the will of the loudest minority rules and a hand full of judges can overrule what voters say. This is truly NOT the America our Founders established.

In accordance with state law, there were more than enough signatures gathered and turned in to place an initiative on this November’s ballot on whether or not to split California in the three states. This would leave the measure up to voters where the majority would decide. Instead, the California State Supreme Court, consisting of 7 judges, decided to remove the initiative from the ballot because of a legal challenge.

(Constitution.com) – After all of the ridiculous attempts of the liberal left to see who can throw the biggest political hissy fit, Californians have come up just slightly short of the mark.

In the wake of the 2016 election, the extreme left side of American politics began to mutate in direct response to the ascension of Donald Trump to the Oval Office.  Democrats and other left-leaning political pawns were simply furious that they weren’t able to elect Hillary Clinton – an extremely flawed candidate who had to subvert the DNC and rig the primaries just to get to the general election to begin with.

The writing was on the wall, but the left wasn’t going to read it.

One of the heaviest reactions to the President’s election came from the State of California, where liberal leaders even considered seceding from the United States…

The judges should have ruled that since there were enough signatures gathered to legally have the initiative placed on the ballot, then it should legally be determined by the voters, not by special interest groups or those who don’t like it. It should be up to the people, not 7 judges.