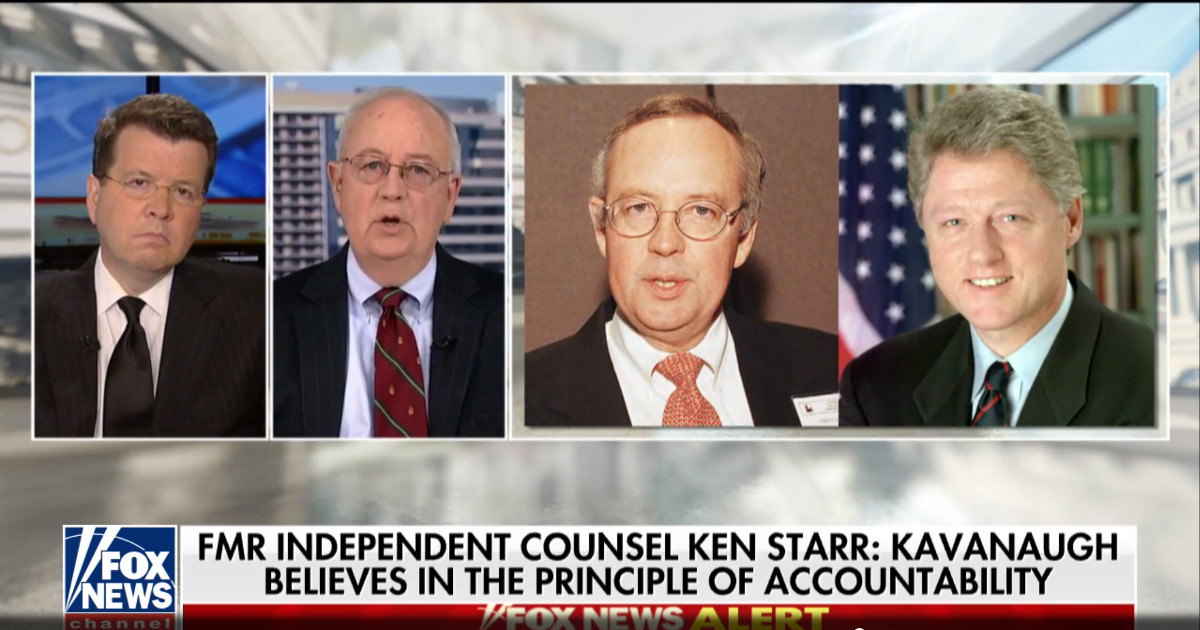 One might describe former President Bill Clinton’s sex scandal that led to his impeachment by the House as a bad penny, you know, the bad penny that keeps coming back.

Bill Clinton’s affairs are once again coming to the spotlight as members of the Senate sort through tons of documents in their process of screening Supreme Court nominee Judge Brett Kavanaugh. Why? Because Kavanaugh was part of Ken Starr’s investigation of Clinton.

(Fox News) – Some of the most salacious, tragic and infamous controversies of Bill Clinton’s presidency are being revisited, yet again, as the paper trail phase of Brett Kavanaugh’s nomination to the Supreme Court ramps up.

Illinois Sen. Dick Durbin in 2004 memorably referred to Kavanaugh as the “Forrest Gump of Republican politics” given his involvement in some of the biggest political stories of the 1990s, including working on independent counsel Ken Starr’s investigation into Clinton, the case of Cuban refugee Elian Gonzalez and the investigation into the death of White House aide Vince Foster.

It’s typical for senators to request and review available records having to do with presidential nominees. But Kavanaugh’s paper trail is believed to be extraordinarily long, also because of his role as an aide to former President George W. Bush…

Some Democratic senators are questioning Kavanaugh’s objectivity since he was also part of the Gore v. Bush lawsuit the determined the 2000 presidential victor along with several other controversial issues of the time. They ignore the fact that some on the Supreme Court officiated at same-sex weddings before they heard and rendered a decision in the landmark case said to have legalized homosexual marriage.