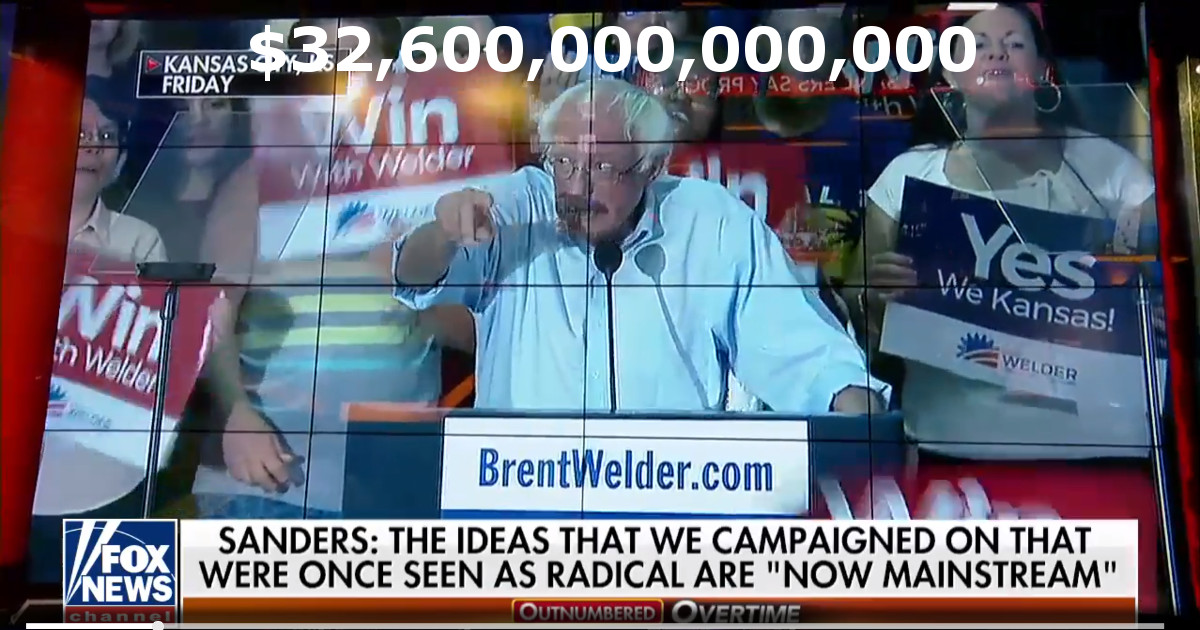 Socialists often win the support of the people by promising them all kinds of free benefits. They promise free healthcare to all, free college tuition for all and more. Sadly, the gullible people take the bait just like a fish takes a tasty worm and just like that worm taken by the fish, the socialists free everything also has a sharp and deadly hook hidden inside.

Bernie Sanders is an admitted socialist and he wants free Medicare for ever American. One of his young colleagues also wants to provide free college tuition for all, and I wrote a short time ago that these free programs would bankrupt America.

An analysis what Sanders is promising comes with a price tag of at least $32.6 trillion in additional healthcare spending over the next 10 years.

(Fox News) – The “Medicare for All” plan pushed by Sen. Bernie Sanders and endorsed by a host of Democratic congressional and presidential hopefuls would increase government health care spending by $32.6 trillion over 10 years, according to a new study.

The Vermont senator has avoided conducting his own cost analysis, and those supporting the plan have at times struggled to explain how they could pay for it.

The study, released Monday by the Mercatus Center at George Mason University, showed the plan would require historic tax increases.

The hikes would allow the government to replace what employers and consumers currently pay for health care — delivering significant savings on administration and drug costs, but increased demand for care that would drive up spending, according to the report…

Nothing in this world is free. Everything labeled free has to be paid for by someone. Even our freedoms in America have come at a very high cost – the lives and limbs of many American men and women. Can you imagine how much our federal taxes would have to be raised to pay for $32.6 trillion? And how much higher yet to pay for free college tuition?