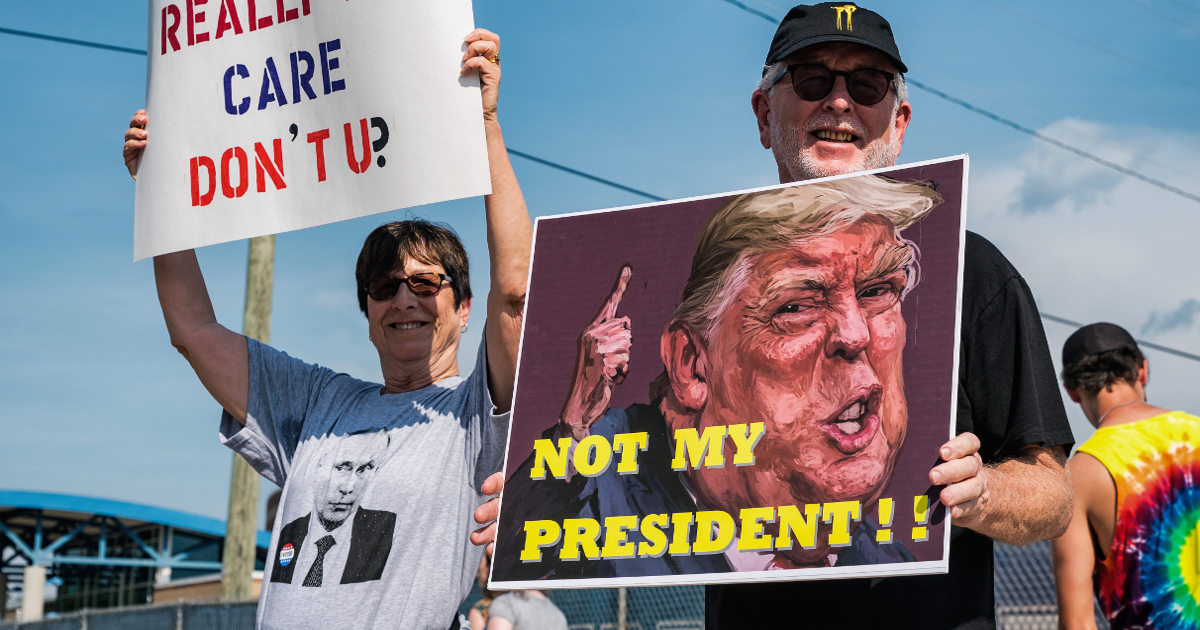 Whether President Donald Trump is able to continue to improve America and make it strong again depends on the outcome of the midterms.

A growing number of younger Democrats are growing disillusioned with their party leadership, consequently, some of them are leaving the Democratic Party. While this is a good thing, there could be more Republicans refusing to vote for anyone who supports Trump and these anti-Trump Republicans could be just what Democrats need to win control of the Senate and/or House.

(Fox News) – The conservative commentators who absolutely despise President Trump are in a box.

During the campaign, many loudly proclaimed that they could never vote for Trump. But they said they didn’t want Hillary Clinton to win either. So some opted for fringe candidates or third-party candidates or write-in candidates or told people to make up their own minds.

This was something of a charade. Either Trump or Clinton was going to be the next president. So by refusing to back Trump, they were increasing the chances that Hillary would win.

Now, with the midterms approaching, some of those on the right are taking the step that they refused to take in 2016: They are openly rooting for the Democrats.

This is how topsy-turvy our politics have become…

I don’t know about politics being topsy-turvy, but it is certainly a fickle thing that is NOT driven by what’s best for the country and the people, but by a socialist ideology that has been beaten into the minds of millions of young adults by the public education system. What’s really scary is that they are tomorrow’s leaders.