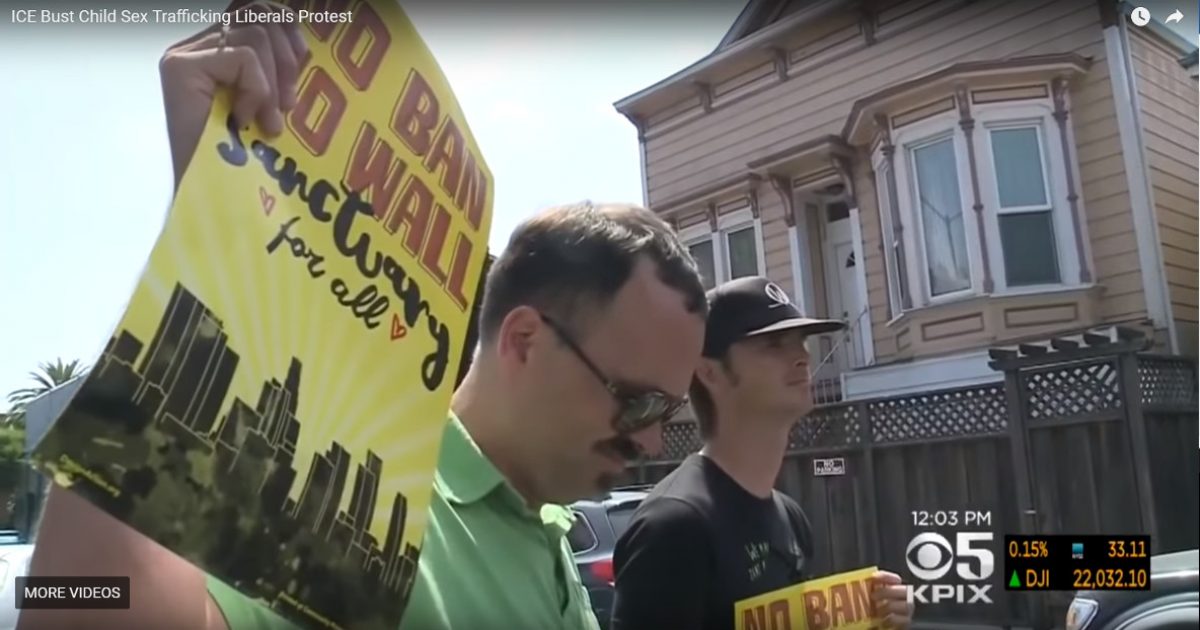 There are many clichés that come to mind with this story, including throwing the baby out with the bath water, open mouth and insert both feet, shoot yourself in the foot, trying to stop a heard of charging elephants by hold up your hands and one from the movie Forest Gump – stupid is as stupid does.

To begin with, liberal protesters continue to show their ignorance by protesting against ICE for what the Border Patrol has been doing. They are calling for the elimination of ICE which not only deals with immigration, but also stops tons and millions of dollars in illegal merchandise and drugs from entering the United States.

In their latest display as ignorance, protesters gathered around ICE agents as they carried search warrants for suspected trafficking of children for the purpose of sex.

(Constitution.com) – I’ve always loved the phrase “putting your foot in your mouth”.  It’s one of those rare terms that really encapsulates the feeling that you get from just such a situation.

When you say something that wrong, in exactly this way, it’s embarrassing.  It shows that you’re societal rank does not match your surroundings.  You just pegged yourself as a lowly intruder in whatever situation you’re in.  You want to simultaneously curl up in a ball and show the room that you know that you misspoke.

To put one’s foot in their mouth, literally, we reach toward the fetal position and then we would put a filthy part of our body where those offending words came from.  We want to show our host or guests that we know this is deserved…

So, let me get this straight, these protesters are against the legal separation of families of illegal aliens, but not the separation of families of Americans arrested for crimes, nor are they against the human trafficking of minor children for sex. Does that make sense to anyone? All it shows me is that these people are certifiably stupid and are being driven by senseless emotions and a total lack of reasoning and logic.