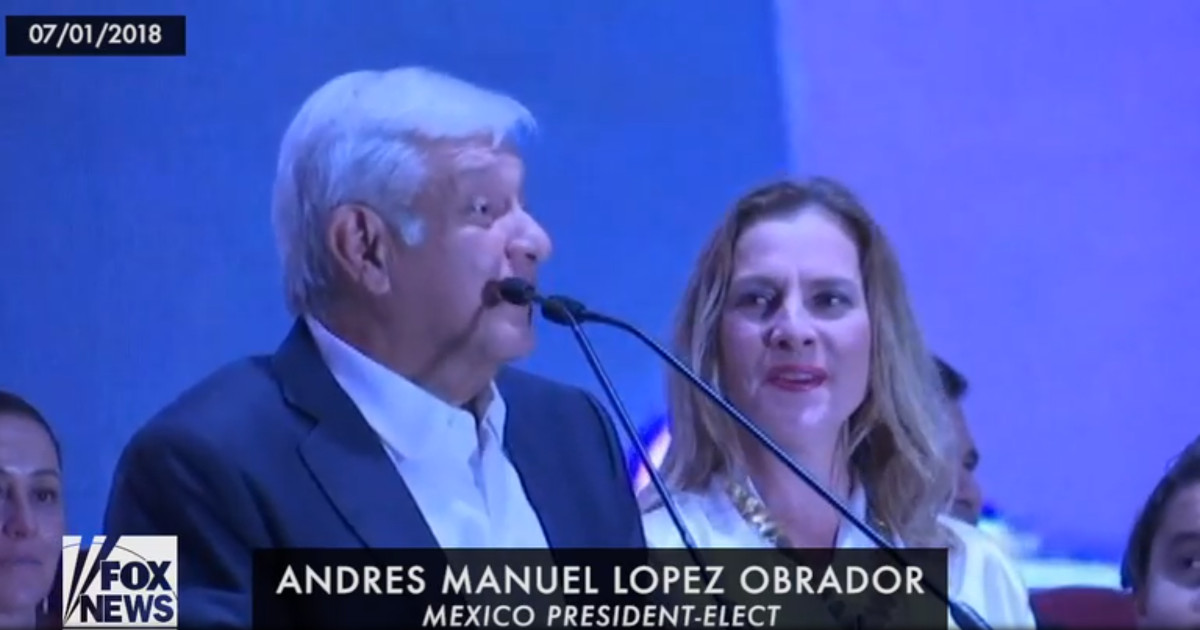 Andres Manuel Lopez Obrador (AMLO) is a leftist who made typical socialist promises to the Mexican people. Their ignorance of what is behind the man, led them to vote AMLO is as Mexico’s next president.

During his campaign, AMLO was very critical of US President Donald Trump’s zero tolerance on immigration policy. AMLO told the Mexican people that they should all have the right to leave Mexico and go to the United States, regardless of US immigration laws. He also promised a more prosperous Mexico and to create more jobs, but his methods will only make people like him richer and enslave many Mexicans to the federal government, much like Democrats have been trying to do here in the United States.

(Fox News) – In an election many Mexicans hope will be a turning point for a country beset by decades of corruption, violence and enduring poverty, voters turned to a left-wing populist some supporters refer to as a “messiah.” A savior from the two major parties that have failed to deliver on promises of reform, in the eyes of many voters.

For months, polls predicted Andres Manuel Lopez Obrador, a 64-year-old two-time presidential runner up, would win the election by a landslide. When the National Elections Institute announced preliminary results Sunday, authorities predicted he would win with between 53 percent and 53.8 percent of the vote, a remarkable margin not seen in the country for many years.

“My presidential vote went to AMLO,” said voter Laura Rodriguez-Verdin outside a polling location in Mexico City. “The reason I voted for him is because I believe he is the only person who has the interest at heart of people who most need help in this country. People with poor education and poor health services.” …

If President Trump thought he had problems with current Mexican Enrique Peña Nieto, those problems will be nothing compared what he will face trying to deal with AMLO, who one could compare to a Barack Obama, Hillary Clinton or Bernie Sanders type leftist politician. It’s also a good reason for Trump to hire more Border Patrol officers and to get the wall built as soon as possible.