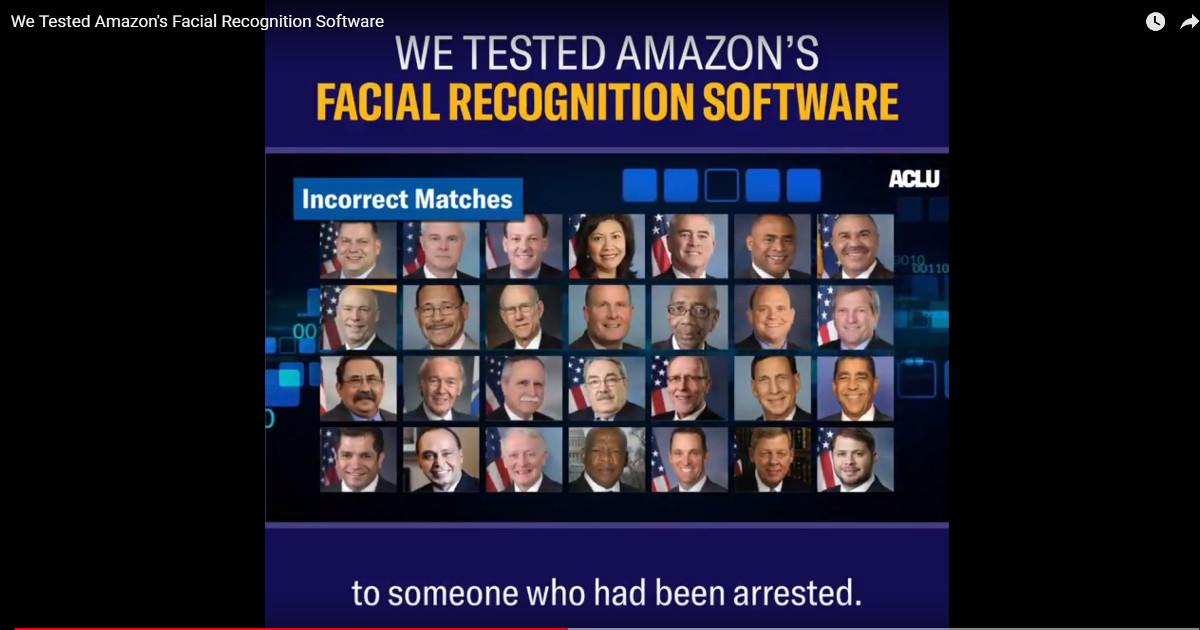 While you think of Amazon as being a great site to find and purchase many items, the company has been busy developing face recognition software, called Rekognition. They are marketing the software to law enforcement agencies around the nation as well as other security companies.

We’ve all seen the various television programs and movies where both bad and good guys use face recognition programs to track bad and good guys. It’s been seen on one of television’s most popular shows – NCIS, where they used it to track the bad guys they were after. Face recognition was also used the Jason Bourne movies, where the bad guys posing as good guys were tracking Bourne in their quest to kill him before he destroyed them. It’s been used in many other programs and movies.

A growing number of cities have been installing cameras around their cities to help them track criminals, especially shooters and drug dealers. Many businesses have also installed cameras inside and outside their stores to monitor criminal activity. The news regularly shows footage of criminal acts recorded on various cameras. In a few instances, face recognition has used to identify certain individuals, such as terrorists and mass shooters.

But, how accurate is face recognition software? Does it really make the right identification all the time? Is it as good as an eyewitness?

Actually, face recognition might be said to be just as accurate as eyewitnesses, since many eyewitness identifications have been proven to be wrong. Many a person has been convicted of a crime based upon an eyewitness identification only to have that conviction later overturned by DNA evidence or other forensic factors. In some of those cases there is a strong similarity between the real criminal and the wrongly convicted person.

That nearly happened to me many years ago when a lady identified my 3 friends and myself as the ones who broke into a house across the street from her. The car we were in was similar is shape and color and then the lady identified us, so police began booking us for breaking and entering and grand theft. The only thing that saved us was that a couple of police officers caught the real criminals in the act of breaking into another house. They still had some of stolen merchandise from the house we were accused of robbing. If those police officers hadn’t caught the other 4 in the act, I’m certain the four of us would have been found guilty based upon the description of the car and the eyewitness identification. The ironic thing was, when we learned who the police arrested in the act we knew them.

Eyewitness identifications are not totally accurate and evidently, neither is Amazon’s Rekognition software. The ACLU ran a test of Rekognition, comparing the faces of every member of the US House of Representatives and Senate with a database of 25,000 mugshots. The test identified 28 members of Congress as criminals (some of us would believe that number is higher). Furthermore 11 of the 28 who were misidentified were people of color, including 6 members of the Congressional Black Caucus.

With 40% of the misidentified members of Congress, some are already claiming that Rekognition is discriminatory, forgetting that the majority (60%) were not people of color.

It seems Amazon has some bugs in their face recognition software, but the question is, how many law enforcement agencies out there are already using it?