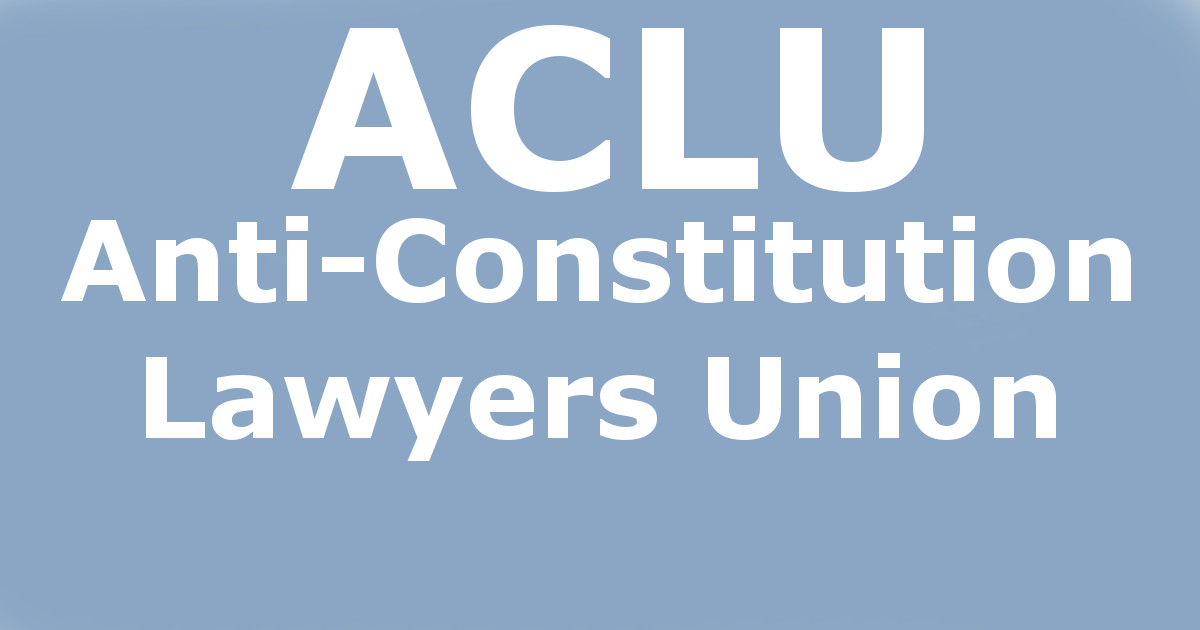 For a number of decades, many conservatives have referred to the ACLU as the American Communist Lawyers Union or Anti-Christian Lawyers Union and both descriptions would be accurate, based upon their actions.

However, in the past decade, the ACLU has been challenging the legality of a number of constitutional provisions and rights, including the rights of free speech, freedom of religion and the right to bear arms.

Finally, the ACLU has admitted that their views are not on conjunction with the US Constitution, so, I guess you could say that the ACLU now stands for Anti-Constitution Lawyers Union.

(Constitution.com) – If the American Civil Liberties Union was ever a champion of its supposed namesake—civil liberties—it no longer is. The Wall Street Journal is reporting that the ACLU has quietly drafted new guidelines that address which legal battles it will wade into. Civil liberties are now being balanced with other considerations.

In an eight-page memo the ACLU agonized over whether and when to lend a helping hand to people it clearly despises. It did not categorically reject the possibility that the organization would defend deplorables’ civil liberties but it left itself plenty of weaselly escape hatches.

I suspect that the ACLU has always quietly exercised discretion when choosing its cases even if it didn’t say so publicly. To be sure, even these guidelines were for ACLU eyes only, a clear indication that the organization still wants to be perceived as stalwart defenders of the Bill of Rights…

For decades, the ACLU has generally taken on cases for the far-left anti-American Democrats and socialist, but rarely do they ever come to the defense of a conservative or Christian when their rights are being trampled. In fact, the ACLU has been on the organizations that have been waging a war on Christianity and trying to silence that sector of America.