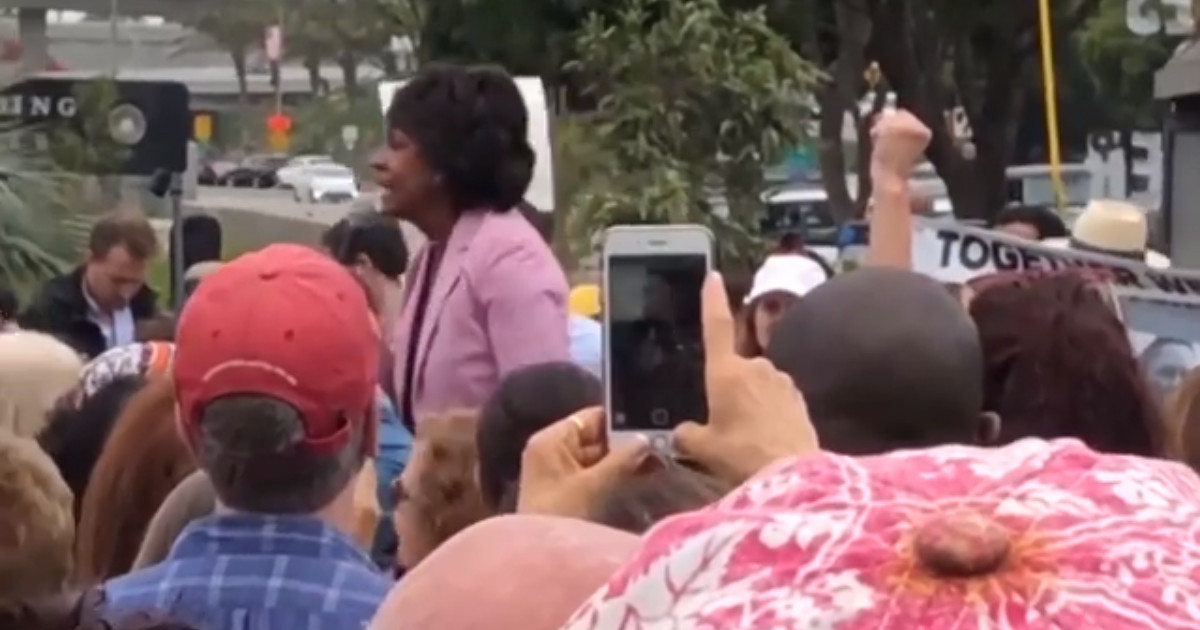 Over the weekend, radical alt-leftist and racial activist Rep. Maxine Waters called for all of America to harass members of Trump’s administration. She called for them to protest against them in any and all public places and to harass them at their homes. She even called for people to make so much noise outside the homes of Trump officials that it would prevent them from sleeping.

Water’s tirade is coming back to bite her in here own behind. Some Democratic leaders are trying their best to tone down what Waters said.

(Los Angeles Times) – The recent public shaming of Trump administration officials in restaurants has triggered an internal debate among Democrats over how far they should go in confronting the president and his policies.

The boisterous protests against Homeland Security Secretary Kirstjen Nielsen and Trump advisor Stephen Miller as they dined in different Mexican restaurants, and the ejection of White House Press Secretary Sarah Huckabee Sanders by the owner of a Virginia eatery, caused some Democrats to embrace the strategy as an effective way to rally supporters and hold officials responsible…

(Judicial Watch) – Judicial Watch today sent a hand-delivered letter to the chairman and co-chairman of the House Office of Congressional Ethics calling for an investigation into whether Rep. Maxine Waters (D-CA) violated House ethics rules by encouraging violence against Trump administration Cabinet members.

“If you see anybody from that Cabinet in a restaurant, in a department store, at a gasoline station, you get out and you create a crowd and you push back on them! And you tell them that they are not welcome, anymore, anywhere.”

The bottom line is that Maxine Waters’ hatred for Donald Trump has clouded her entire sense of reason. She has lost any and all objectivity, but then she once described herself as being a woman with the right to hate. There are things we all hate, but we still act like reasonable mature adults, but not Waters and now her actions have gone too far and may cost her, her career, and justifiably so.