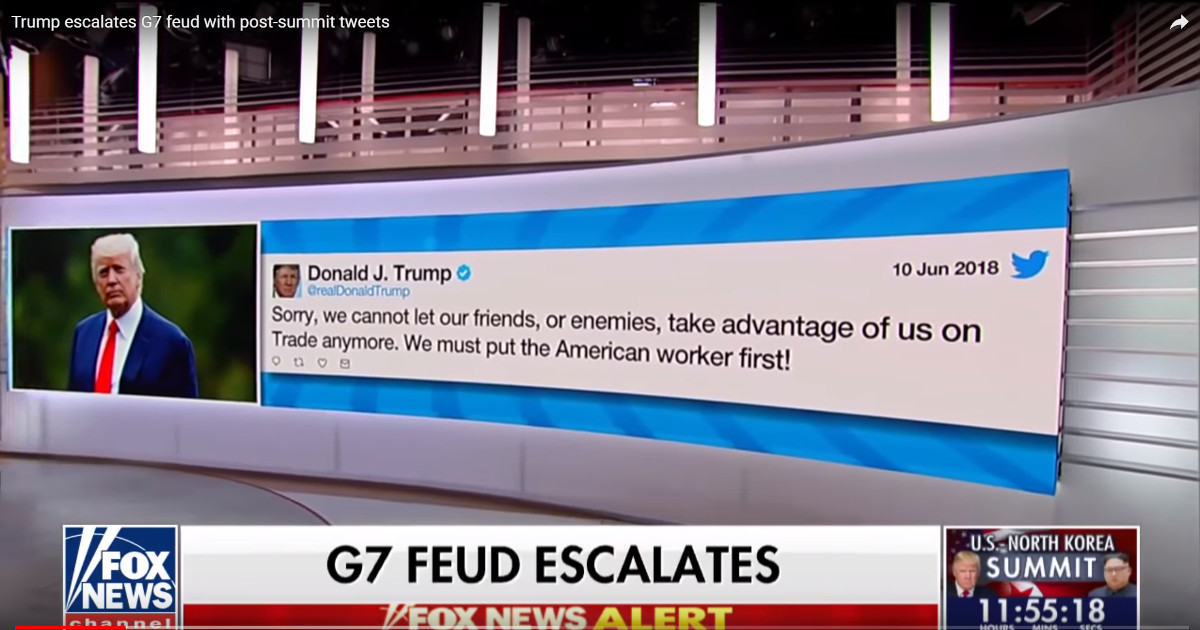 Europe’s leaders who were present at the recent G7 meeting in Canada, have been busy criticizing President Donald Trump for cutting his appearance short, initiating a trade war with them and for not signing the G7 communique. Naturally, America’s Democrats and mainstream media have also been blasting Trump for not agreeing with the other G7 leaders and for not signing their document.

However, in what has become typical of the G7 meetings, the document was filled with anti-American leftist ideologies that would continue to take advantage of America’s economy and place the other countries in more control than what most of us want. Knowing what the document contained, many conservatives are glad Trump did not sign it, like so many other presidents have done in the recent past.

(Investor’s Business Daily) – G7: President Trump created a quite a stir among the other Western leaders by refusing to sign the “communique” that capped the G7 summit. But he was right to do so.

This is once again being styled as the crude, unnuanced American president refusing to accommodate himself to the much wiser leaders of Europe.

In  fact, he wisely refrained from signing what was an empty, far-left political document, which is typical of the G7 “consensus” that American presidents have gone along with for decades.

We’re indebted to Susan Jones of CNSNews.com who pored over the entire tedious document from the Charlevoix G7 Summit in Canada to extract the nuggets

It held a panoply of meaningless leftist buzzwords that the U.S. was supposed to embrace, including “such phrases as ‘sustainable development,’ ‘gender equality and women’s empowerment,’ ‘fair’ and ‘progressive’ tax systems, a ‘level playing field,’ ‘affordable healthcare,’ a ‘healthy planet,’ and ‘quality work environments.’ ” …

Over the past several decades, both Republican and Democratic presidents have bowed to the demands of the G7 leaders, a practice that lent itself to the unfair trade practices that gave other nations most of the benefits at the expanse of American companies and workers. This is why Trump did not sign the document as it goes against his plan to put America first and make America great again.