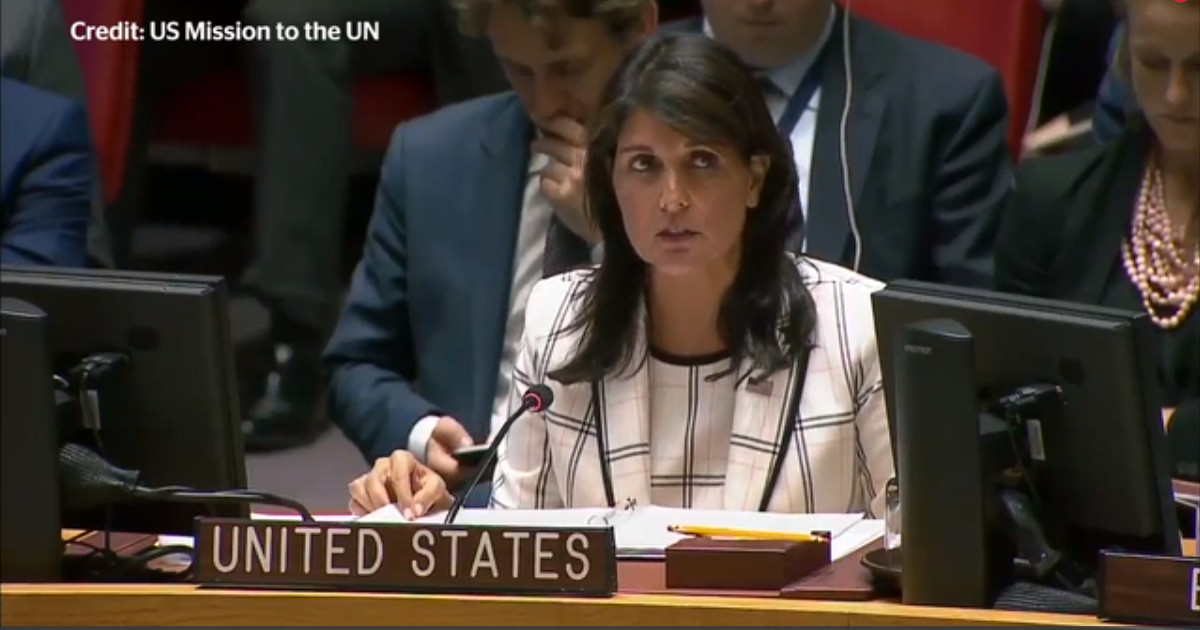 When the United Nations was originally created after World War II, it served a vital purpose in maintaining peace throughout the world. However, in the past 50 years, it has become an organization of socialists and communists who want to overthrow the United States. Over the past decade, the UN has repeatedly denounced Israel and their fight to maintain their land, including the land they conquered in the 1967 6-Day War.

Of late, Palestinian terrorists have continued their brutal attack on Israel and yet the UN Condemns Israel for defending themselves.

This has prompted reports that the United States is about to withdraw from the United Nations Human Rights Council, largely due to their treatment of Israel and not against the Palestinians, which US Ambassador Niki Haley continually condemns to no avail.

(Independent) – President Donald Trump‘s administration is said to be set on withdrawing the US from the United Nations Human Rights Council. which meets for a new session next week

US Ambassador to the UN Nikki Haley has accused the 47-member organisation based in Geneva of “chronic anti-Israel bias” since she came into office last year and according to a number of reports, the withdrawal is “imminent,” particularly after UN’s recent condemnation of Israel’s violence against Palestinians in Gaza.

Diplomats believe it is a case of when, not if, the US withdraws according to Reuters, although the State Department did not say in a statement that a decision had been made…

Many conservatives, including myself, have been calling for the US to totally withdraw from all aspects of the United Nations and to kick their New York location out of the country. It would save the United States many millions of dollars and it would save the lives of many US military personnel (don’t forget the US lost over 50,000 troops to the UN conflict in Vietnam, the only war the US ever lost, and it was all due to UN rules and controls).