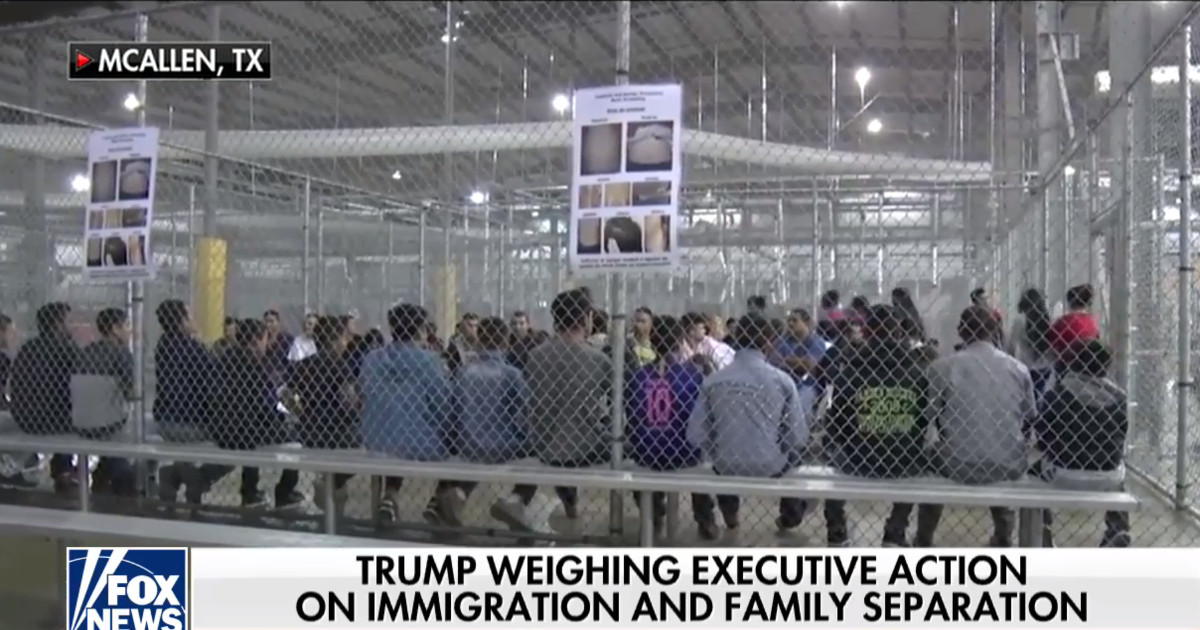 Whining Democrats and the mainstream media have been crying, shouting, and condemning the Trump administration for separating the illegal alien kids from the illegal alien parents. It didn’t matter to Democrats and the mainstream media that the same thing happens to American citizens every day, nor does it matter to them that at one time, Barack Obama’s administration did the same thing, only it was okay then because it was Obama.

To appease the crybabies who insist that illegal aliens receive better treatment than American citizens, President Donald Trump signed an executive order to allow the illegal alien kids to remain with their illegal alien parents while in detention.

(Fox News) – President Trump on Wednesday signed an executive order to allow children to stay with parents caught crossing the border illegally — moving to stop the family separations that have triggered a national outcry and political crisis for Republicans.

The measure would allow children to stay in detention with parents for an extended period of time. This comes as congressional Republicans scramble to draft legislation to address the same issue, but face challenges mustering the votes.

In signing the measure, Trump said he wants to keep families together while also enforcing border security. He vowed his administration’s “zero tolerance” policy for illegal immigration would continue.

Trump, previewing the measure earlier in the day during a meeting with lawmakers, said the move would “be matched by legislation.” He also said he’s canceling the upcoming congressional picnic, adding: “It didn’t feel exactly right to me.” …

If an American citizen commits a crime with their children present, the kids are removed from the parents. They are separated. This has happened for many years and no one called it inhumane, cruel or anything else. It’s only because it’s happening to illegal aliens that it has become an issue and sadly, Trump gave in to the whining and crying of the liberals.