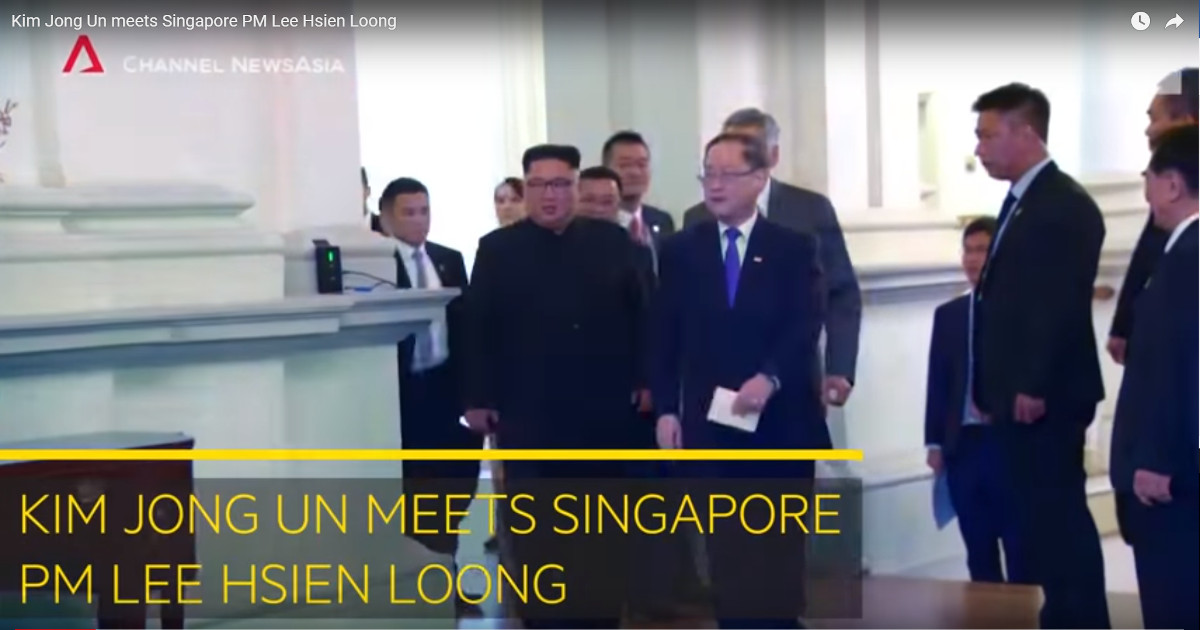 US President Donald Trump is in Singapore in the first of what could be a number of meetings with North Korean dictator Kim Jong-un. The main topics are peace on the Korean peninsula and the denuclearization of North Korea. It sounds simple, but the issues are far more complex, with many on both sides doubting the sincerity of the other.

According to Secretary of State Mike Pompeo, Trump is prepared to ensure Kim’s security if he agrees to denuclearize. Exactly what that means is yet to be determined. It’s not clear if it means security for North Korea or for Kim personally.

(CNSnews) – “This is truly a mission of peace,” Secretary of State Mike Pompeo told a news conference in Singapore on Monday (around 6 a.m. EDT).

Pompeo said verification lies at the heart of any potential agreement with North Korea; and he said President Trump is prepared to ensure Kim Jong Un’s “security” if Kim agrees to end his nuclear program.

“We are hopeful this summit will have set the conditions for future productive talks,” Pompeo said.

In light of how many flimsy agreements the United States has made in previous years, this president will ensure that no potential agreement will fail to adequately address the North Korean threat. The ultimate objective we seek from diplomacy with North Korea has not changed. The complete and verifiable and irreversible denuclearization of the Korean peninsula is the only outcome that the United States will accept…

Over the past several decades, North Korea has made promises for peace and to de-weaponize their arsenal and to date, they have broken every one of those agreements, causing many skeptics in America to be wary of any peace agreement reached between Trump and Kim. Personally, I believe that Trump needs to tell Kim that the minute the US has proof that he has not kept his part of any peace accord that the US will take swift and decisive action against him and his country.