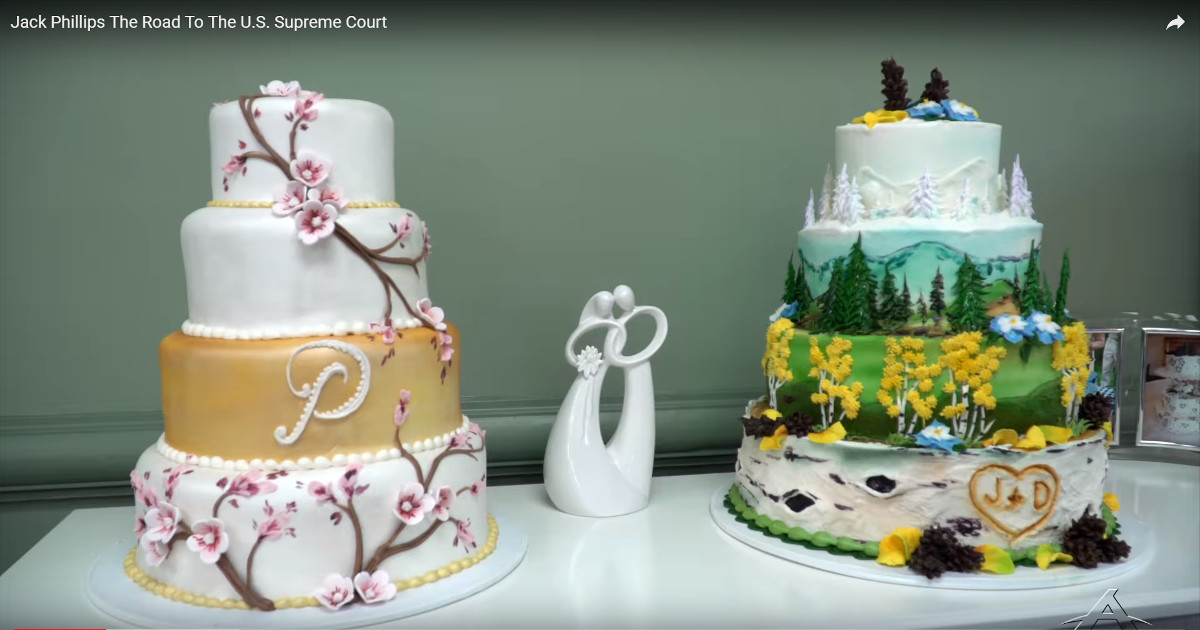 During the reign or terror known as the Obama years, there was a concerted war against Christians and Christianity. It started in the White House and quickly spread to the streets, businesses and courts all across the nation.

Obama tried to force Christians to go against their faith with the contraception mandate in Obamacare He next attacked them in the military and finally, he had appointed enough liberal judges so that they were attacked in their businesses and then in the courts.

LGBT activists sought out Christian business owners for the sole purpose of trying to force them to violate their religion or take them to court. In many cases, the gay couples were granted large amounts of money from their lawsuits, plus they gained notoriety for taking down another Christian.

However, not all Christian business owners rolled over and gave into the demands of the LGBT activists. A number of them stood by their faith, but lost in Obama’s courts. Over the past decade, we’ve read about Christian bakers, photographers, florists and even venue owners who refused to participate in a same-sex wedding or ceremony because of their faith and what Scripture teaches about any kind of homosexuality being an abomination to God.

One of those brave souls was Jack Phillips, who politely refused to take an order for one of his famed wedding cakes that was placed by a gay couple. He explained that he was a Christian and he could not participate in their ceremony. He said he would sell them anything else they wanted and also recommended several other bakeries in the area that would take their request.

The gay couple sued. The Colorado Civil Rights Commission disagreed with Phillips and found him guilty. He has appealed his case to every court up the legal chain, but every court ruled against him, so he took his case to the US Supreme Court. Last year it was announced that the Supreme Court would hear Phillips’ case against the Colorado Civil Rights Commission.

Phillips, and his attorneys, argued that Phillips had the right to not violate his faith base upon the First Amendment, which reads:

“Congress shall make no law respecting an establishment of religion, or prohibiting the free exercise thereof; or abridging the freedom of speech, or of the press; or the right of the people peaceably to assemble, and to petition the Government for a redress of grievances.”

It needs to be noted that Democrats believe that the First Amendment only applies to them and not to conservatives. They demand their freedom to worship as they please but deny others of the same freedom. They demand to be heard and say whatever they want about whomever they want, but if you hold a different view, then they want to silence you and deny you your right to free speech. Instances like what was happening to Phillips and other Christians was the Democrats’ effort to nullify the First Amendment.

Many eyes were watching this case as everyone’s religious freedoms rested upon the outcome of it. The big question was whether or not the Supreme Court would uphold the First Amendment right of freedom of religion or would it uphold the views of the liberal left by denying Christians the right to live by their faith?

Yesterday, the Supreme Court dealt a decisive blow to the liberal left with a 7-2 decision to overturn the lower courts’ rulings and declare that Jack Phillips did have the First Amendment right to refuse to take part in a same-sex ceremony by making the wedding cake.

With the makeup of the high court, many expected the decision to come down to a 5-4 vote, but surprisingly, only Justices Sotomayor and Ginsberg voted against Phillips. Both of these justices have been open about their support of gay rights and Ginsberg should have recused herself in the first place since she has performed several same-sex marriages.

“While it is unexceptional that Colorado law can protect gay persons in acquiring products and services on the same terms and conditions as are offered to other member of the public, the law must be applied in a manner that is neutral toward religion.”

“[The case presented] difficult questions as to the proper reconciliation of at least two principles. The first is the authority of a State and its governmental entities to protect the rights and dignity of gay persons who are, or wish to be, married but who face discrimination when they seek goods or services.”

“The second is the right of all persons to exercise fundamental freedoms under the First Amendment,”

“Whatever the confluence of speech and free exercise principles might be in some cases, the Colorado Civil Rights Commission’s consideration of this case was inconsistent with the State’s obligation of religious neutrality. The reason and motive for the baker’s refusal were based on his sincere religious beliefs and convictions.”

While this is a huge victory for Christian business owners like Jack Phillips, the Justices did temper their opinions with claiming that gays should also have protected rights, which means the battle may have been won, but the war is not over.