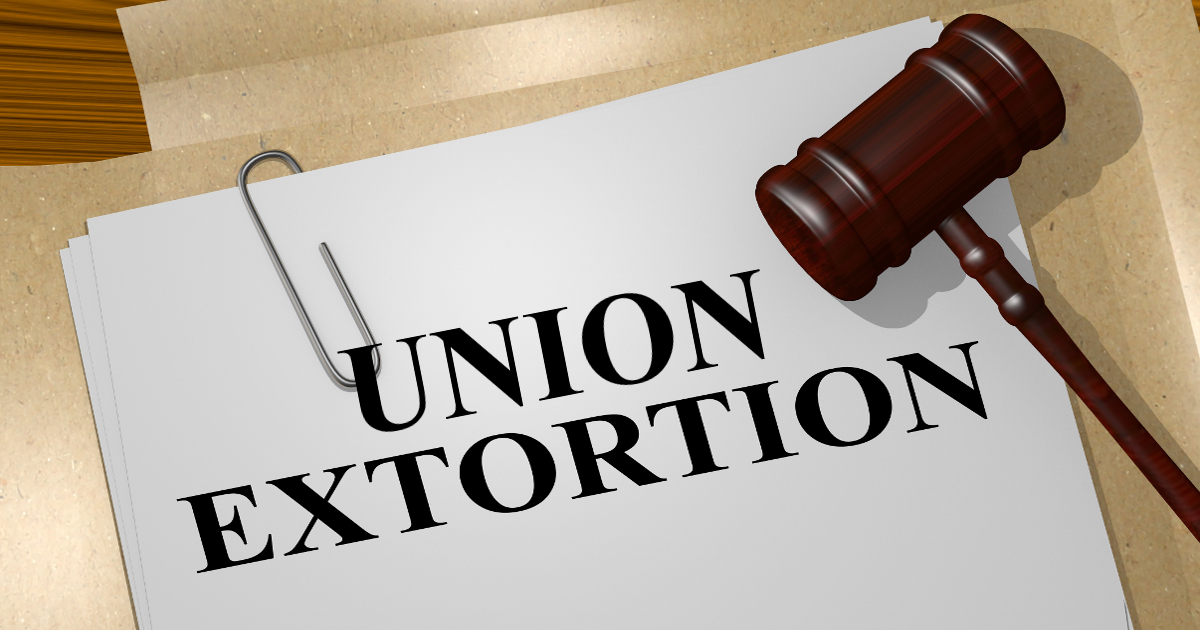 A hundred years ago, many industries treated their employees as if they were slaves. They worked in horrible conditions for long hours and little pay and no benefits. Before the child labor laws were passed, even kids worked in what was called sweat shops.

Then labor unions moved and rallied workers to unite to have a collective voice. Union leaders negotiated the pay, benefits, hours and working conditions for tens of the thousands of workers. Employers who didn’t comply found that their workers would go on strike and even though the workers were not getting paid, the business owners were losing lots of money, so they eventually agreed to the union terms.

At the beginning, unions served a useful purpose. Over the years, unions grew too strong and ended up capturing entire industries. In some states today, you can’t work as an electrician, plumber, carpenter, teacher, truck driver, teacher and even store clerk without having to join a union and pay union dues.

There are two problems to this kind of forced union membership system.

First, when the union declares a strike, the workers don’t get paid, but the union leaders who are supposed to be bargaining on behalf of the workers continue to get paid. This means that they aren’t always quick to resolve the strike.

I recall a 9-month long strike by the union representing the copper miners in central Arizona. There were times the union officials would walk out of talks and not sit down with the mining company for another month or so. In the meantime, miners were losing their homes, their cars and families, while the union officials continued to get paid.

Secondly, the unions have become political activists, largely for socialist and Democrats and they use the union dues extorted from workers to contribute to candidates they often don’t like.

Some states tried to end the grip of unions by passing right-to-work laws, meaning that to be an electrician, plumber or teacher, you didn’t have to join the union and pay union dues. The unions fought back and, in some states, even non-union members were forced to pay monthly union dues just because the unions demanded it. This was referred to as ‘fair share’.

The practice of forcing non-union members to pay union dues was legally challenged and took a few years to work through the court system, until the case landed on the steps of the US Supreme Court.

On Wednesday, the Supreme Court gave their ruling in the case and much to the dismay of union leaders and socialist Democrats across the country, the Court voted 5-4 against what was called the ‘fair share’ union fees that went to support collective bargaining and other union activity.

“This procedure violates the First Amendment and cannot continue. Neither an agency fee nor any other payment to the union may be deducted from a non-member’s wages, nor may any other attempt be made to collect such a payment, unless the employee affirmatively consents to pay.”

The court’s ruling only involves public-sector employees, like teachers. It is estimated that the decision impacts about 5 million government employees (including teachers) in 24 states and the District of Columbia. The decision is bound to have a huge financial impact on the unions involved, which means they may not be able to financially support as many Democratic candidates as they have in the past. It also means that the 5 million public-sector employees will no longer be forced to pay that monthly extortion fee, which helps put more money in their pockets.

The Supreme Court decision in this case is a huge victory for working Americans and deals a serious blow to unions.