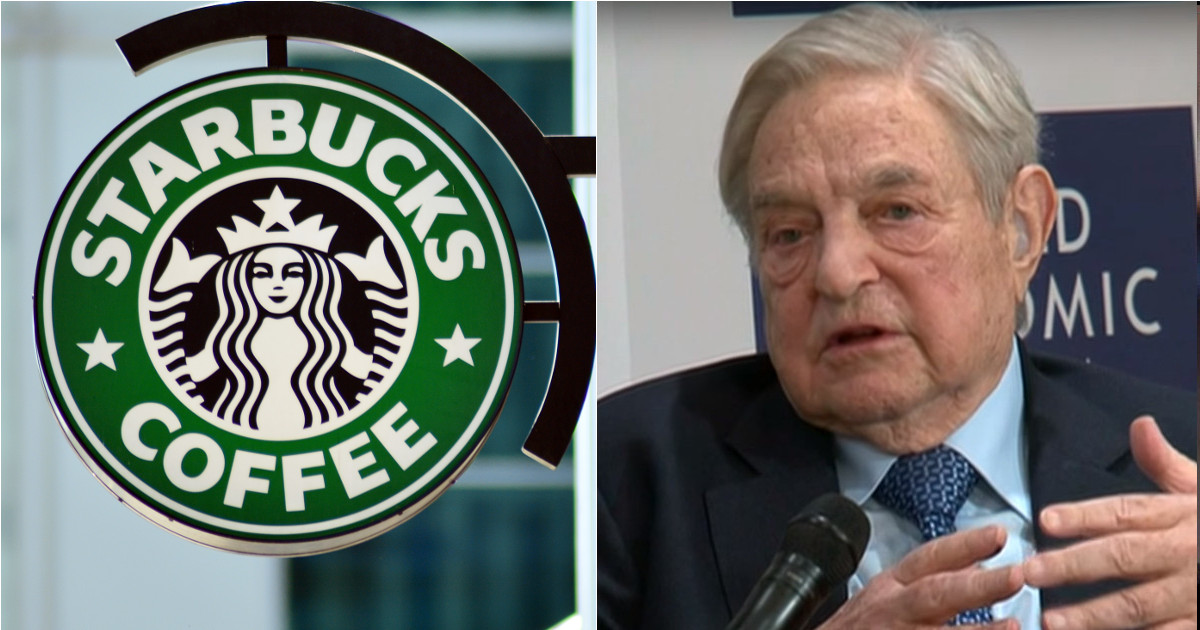 Are you one of the millions of Americans who just have to have that cup of Starbucks coffee or anything else they serve? I recommend you think twice before giving them any more of your hard-earned money.

I’m not a coffee drinker anymore, but I have refused to even step inside a Starbucks for several years. My personal boycott began when Starbucks openly endorsed and supported LGBT rights and same-sex marriage. I stopped shopping at Target for the same reason. I just have a really hard time giving my business and money to companies that openly support something that I believe is a sinful abomination to God.

Then in September 2013, Starbucks issued a statement asking people not to bring their firearms into their stores or outdoor seating areas. It was not an outright ban, but a request. Even though, they decided to take the side of anti-gun activists over the rights of American citizens, and that provided the second reason why I refuse to purchase anything associated with Starbucks.

According to a new report, I now have 2 more reasons to never give Starbucks any of my business and would hope that all of you follow suit. The only way a company like Starbucks will listen to conservatives is for us to stop giving them our business and money. Hurt them in the wallet and it will get their attention.

Reason number 3 to not shop Starbucks is that they are already getting my tax dollars per a report by Judicial Watch:

“When private companies close thousands of stores for an afternoon to conduct anti-bias training it usually doesn’t affect American taxpayers, but in Starbucks’ case it does. In addition to approximately $400,000 in U.S. government contracts, the global coffeehouse chain has received millions of dollars from Uncle Sam for a coffee yield improvement project in Colombia, records uncovered by Judicial Watch show.”

That’s almost as aggravating as seeing Planned Parenthood get over $500 million dollars in tax money EVERY year.

Getting a little hot under the collar yet? Wait! There’s more!

Okay, here is reason number 4, again, according to Judicial Watch:

“Additionally, the anti-bias curriculum that was recently forced upon 175,000 employees was designed by a nonprofit that’s largely funded by leftwing billionaire George Soros. The group’s (Perception Institute) leadership has close ties to Democratic party politics, including Planned Parenthood and the Obama administration, Judicial Watch’s investigation found…”

“At the helm of this so-called racial reconciliation was the Perception Institute, which lists Soros’ Open Society Foundation among its major supporters. The group’s executive director, Alexis McGill-Johnson, co-founded the Democrat marketing firm Brand Architects and is a former board chair for Planned Parenthood. She was also the political director for Russell Simmons’ Hip-Hop Summit Action Network and executive director of Citizen Change, a nonprofit founded by rapper Sean “Diddy” Combs. Perception Institute’s director of research, Rachel Godsil, was “the convener for the Obama campaign’s Urban and Metropolitan Policy Committee” and an advisor to Obama’s Housing and Urban Development (HUD) transition team. New York Mayor Bill de Blasio appointed Godsil chair of the city’s Rent Guidelines Board. Years ago, Judicial Watch obtained documents exposing de Blasio’s dark past as an active supporter of a brutal communist regime well known as one of Latin America’s worst human rights abusers.”

“The Perception Institute’s research advisor, DeAngelo Bester, is a renowned leftist who served as a project manager with the National People’s Action, an  Alinskyite community-organizing group dedicated to progressive social change and economic and racial justice. Besides advising the nonprofit that helped conduct Starbucks’ racial sensitivity training Bester is executive director of the Workers’ Center for Racial Justice, a Chicago nonprofit founded by a group of unemployed and formerly incarcerated black workers. In 2015 the group co-sponsored a Black Lives Matter protest at the International Association of Chiefs of Police convention along with the Malcom X Grassroots Movement, the International Socialist Organization and similar leftwing groups. A few years ago, the New Orleans Workers’ Center for Racial Justice received a $250,000 grant from Soros’ Open Society Foundation.”

Soros is one of the wealthy socialists who helped Barack Obama’s sudden rise to the White House. He is currently creating a huge stir in parts of Europe with his socialist programs and organizations.

As they say in baseball, three strikes and your out, but Starbucks has four strikes, meaning they are worse than out and a very reason why you should never give them a single penny of your money. Why support this kind of company?