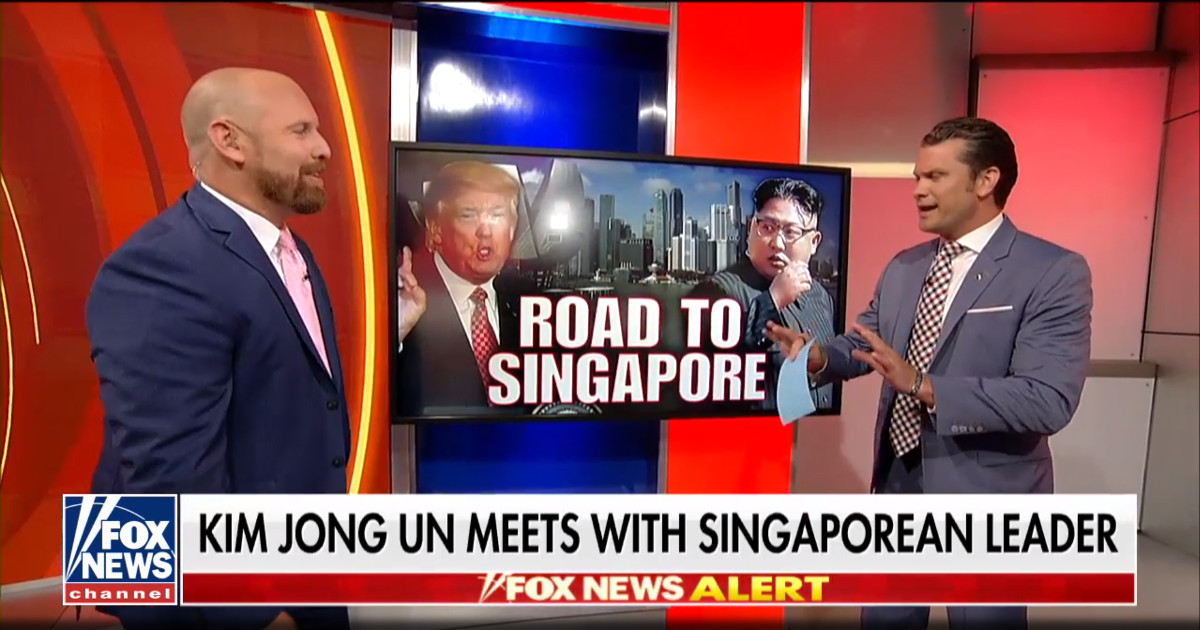 The on again, off again and now on again peace summit between US President Donald Trump and North Korean Dictator Kim Jong-un seems to be ready to get underway as both leaders arrived in Singapore, the chosen location for this historic occasion.

Trump was greeted by Singapore Prime Minister Lee Hsien Loong. Reports said that Kim arrive with his entourage and his own supply of ‘safe’ food. The official meeting is scheduled to begin Tuesday, but no one knows how long it will really last, as the two head-strong leaders are definitely going to clash over the terms of peace, specifically what each expects with denuclearization.

(Fox News) – Embarking on what he has called a “mission of peace,” President Trump landed Sunday evening at Singapore’s Paya Lebar Airbase for a historic summit with North Korean autocrat Kim Jong Un.

Asked by a reporter on the tarmac how he was feeling about the summit after landing in Air Force One, Trump replied: “Very good.”

Trump was met at the runway by Singapore Prime Minister Lee Hsien Loong. His high-stakes meeting with Kim is scheduled for 9 a.m. local time Tuesday, or 9 p.m. ET.

A private jet carrying Kim had landed just hours earlier amid huge security precautions on the city-state island. His motorcade was seen speeding through the streets of Singapore — a rare sight for the reclusive leader who rarely travels abroad…

When asked for my opinion of the outcome, I figure that Trump has nothing to lose and everything to gain while Kim has everything to lose and a lot to gain. However, I still cannot believe that Kim spent so much effort and faced so much world retribution and sanctions just to obtain his nuclear weapons and the missiles to deliver them with, that I don’t believe he would be so willing to destroy the all. Hence, the conflict between Trump and Kim.