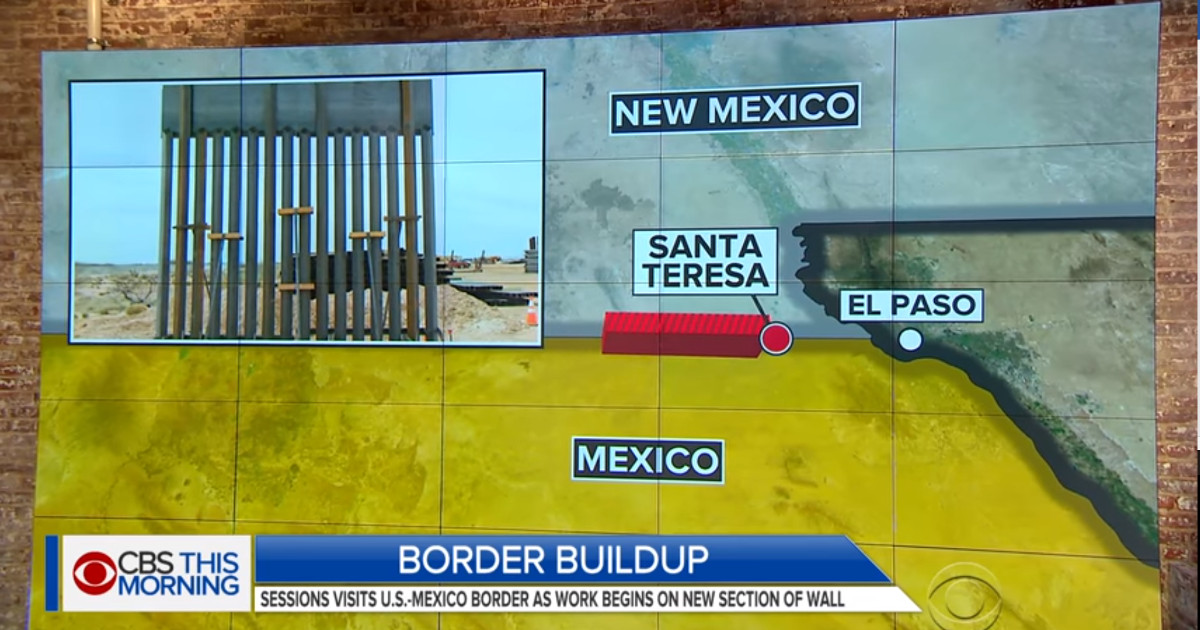 How does the majority of American voters feel about building a border wall between the US and Mexico and increasing border security? A number of liberal polls this year have boasted that the majority of the American people are against building a wall, but it seems that the trend is shifting to President Donald Trump’s favor.

One of America’s more liberal polls is the one conducted by CBS, who declared only a few months ago that 60% of the people opposed building a border wall.

The very same liberal poll has shown that 51% of the American people DO favor building a border wall in increasing border security.

(Independent Sentinel) – The CBS News 2018 Battleground Tracker Poll conducted by YouGov June 21-22 during the midst of the controversy over migrant families and unaccompanied children flooding the southern border shows a shift toward President Trump’s views.  In March, the CBS poll showed 60 percent opposed a wall.

Since there is only 3 months between the two CBS polls, the latest poll indicates a HUGE shift in the views of many Americans, despite all of the mainstream media hype about illegals, child separation and open borders. It seems that more and more Americans beginning to realize the dangers our nation is facing by allowing so many illegal aliens to flood into the country.