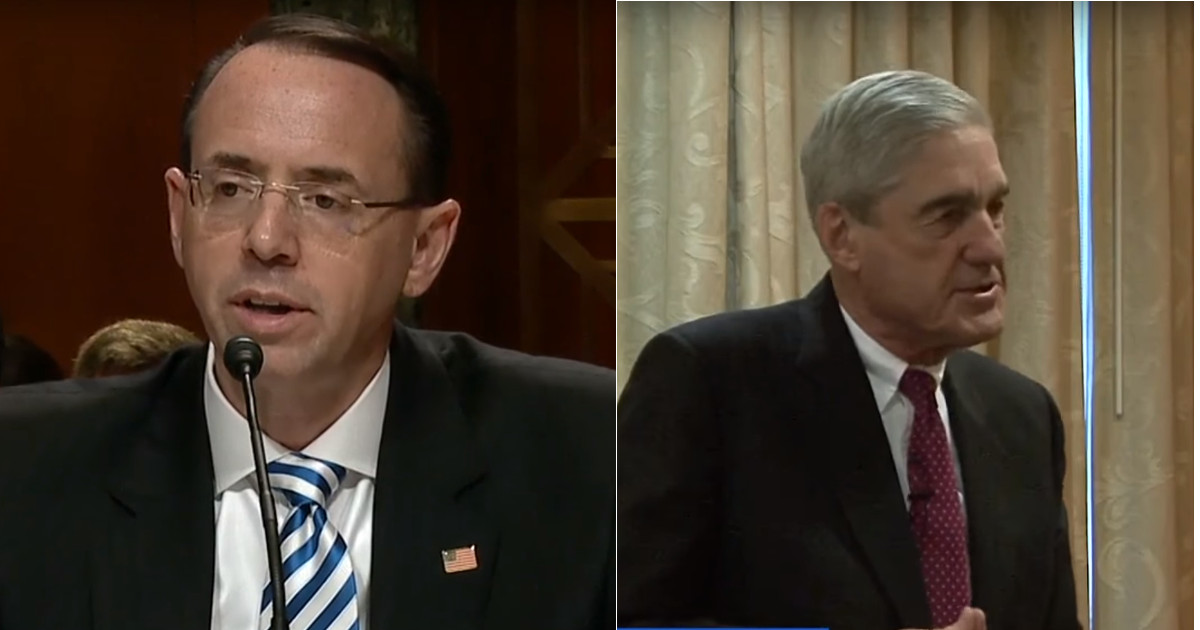 Since Attorney General Jeff Sessions recused himself from any and all dealings with Russia, the job of appointing a special counsel to investigate Russian election interference and possible Trump campaign collusion fell on Deputy Attorney General Rod Rosenstein.

One source says that Rosenstein did not have the authority to grant Mueller the broad or wide-ranging powers that he did, and that Mueller assumed. Secondly, the only legal reason for appointing a special counsel if for a specific criminal investigation, but when Rosenstein appointed Mueller, he never referred to a criminal investigation, therefore, making the appointment illegal. Thirdly, Rosenstein’s appointment of Mueller violated the Constitution’s appointments clause.

Any and all of these are grounds for the removal of Mueller and the end of the special counsel investigation.

(The Federalist) – After more than one year investigating claims of collusion between the Trump campaign and Russia, Robert Mueller’s special counsel team has exposed exactly zero evidence of misconduct involving the president in the run-up to the 2016 election. This absence of proof has prompted calls for an end to the special counsel investigation.

What should be garnering our attention, though, is not that there is no indication of collusion, but that there is evidence Deputy Attorney General Rod Rosenstein’s appointment of a special counsel violated the Constitution, federal regulations, and his authority as acting attorney general. Let’s take these problems in reverse order.

On March 2, 2017, Attorney General Jeff Sessions issued a statement announcing his recusal “from any existing or future investigations of any matters related in any way to the campaigns for President of the United States.” Sessions’ recusal elevated Rosenstein to acting attorney general with respect to the matters from which Sessions had recused…

Even if the reasons for terminating the Mueller investigation are due to the illegalities involved with the appointment of Mueller by Rosenstein, the Democrats and mainstream media would run around in circles calling it obstruction of justice and then they would run to their desks to draw up articles of impeachment. They don’t believe in playing fair or by the law, if they did, the Democratic Party would not exist.