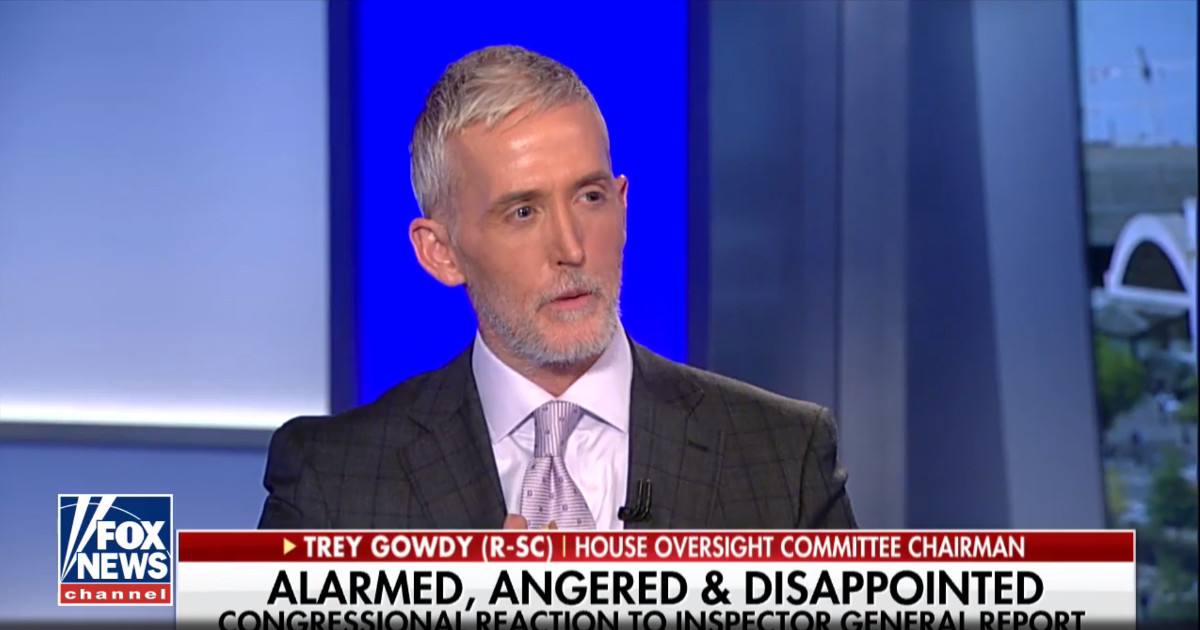 Rep. Trey Gowdy (R-SC), is Chairman of the House Oversight Committee and he has reached his limit of patience with the DOJ and FBI and has threatened them that if they don’t comply with the subpoenas now that they will face every constitutional weapon available. If that happens, heads will roll and jobs will be lost and worst.

(Fox News) – House Oversight Committee Chairman Trey Gowdy told “Fox News Sunday” that House Speaker Paul Ryan led a meeting Friday night with senior members of the DOJ and FBI, and made it clear that “there’s going to be action on the floor of the House this week if FBI and DOJ do not comply with our subpoena request.”

The House Judiciary Committee has requested more than a million documents from the FBI and DOJ relating to the Hillary Clinton email probe, the firing of former top FBI official Andrew McCabe, and reported surveillance of a Trump aide during the 2016 presidential election.

But Republicans have accused the DOJ and FBI of stonewalling and intentionally impeding their investigation, despite the agencies’ claims that fulfilling the request requires a careful review of the sensitive documents.

Gowdy, R-S.C., said the GOP’s action could involve “the full panoply of constitutional weapons available to the people’s house.” …

Before becoming a US Representative, Gowdy was an Assistant US Attorney for the District of South Carolina, and in that position, he was known as a fierce prosecutor and stickler for the law. This is why I believe he would make a great replacement for Jeff Sessions as the US Attorney General.