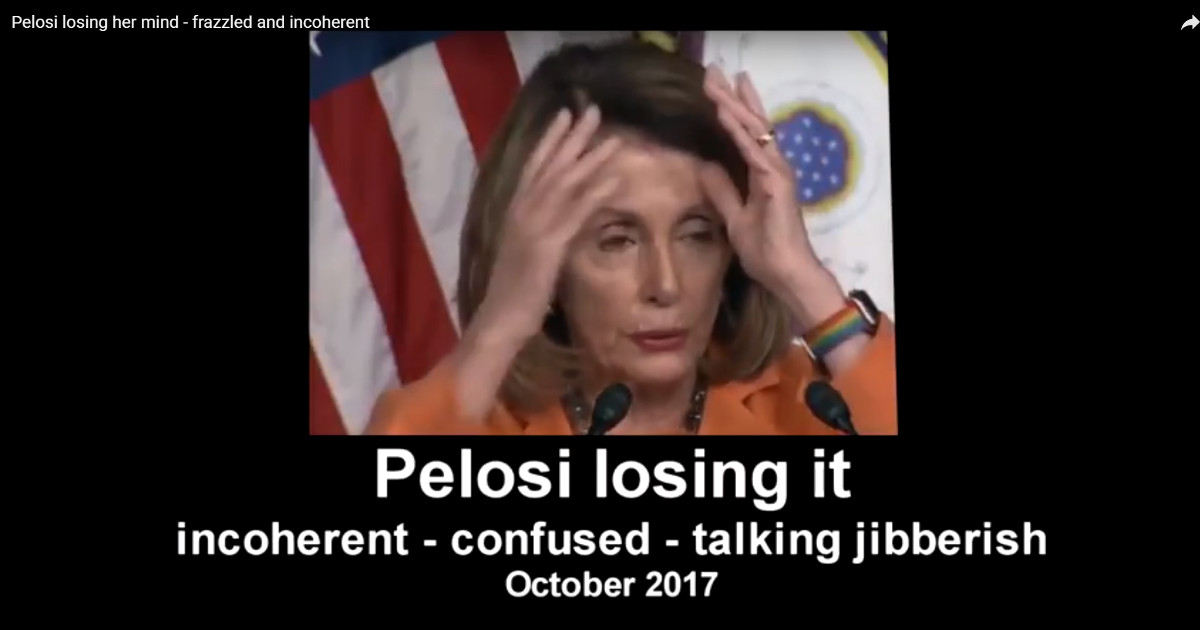 Not that long ago, former House Speaker and current senile Minority House Leader Nancy Pelosi was one of the doomsday sayers, claiming that Trump was determined to start a world-wide nuclear war that kill many millions of people. She condemned him on his harsh words for Kim, telling him needed to be more diplomatic.

Trump’s harsh words were key to bringing out this week’s historic peace summit between Kim and Trump, held in Singapore.

After Trump brought Kim to the bargaining table and signed a peace accord, establishing diplomatic relations with North Korea, Pelosi blasted Trump for being too soft and giving too much away and not being strong enough.

(Constitution.com) – Make no mistake about it:  Citizen President Donald Trump has just accomplished something that much of the world had written off as simply impossible, or, at the very least, so unlikely that efforts to create change were completely halted by previous administrations.

President Trump has brought North Korea to heel, and delivered an agreement between our nations in which the DPRK will be denuclearizing themselves – something that was long thought to be an impossibility given the stubborn and ornery nature of the Kim dynasty.  Yet, here we are, seeing incredible images from Singapore in which Kim and Trump shake hands, pat each other on the backs, an generally act amicable toward one another just months after each threatened to annihilate the other.

It’s incredible.  Sure, it’s a bit surreal, but it’s undeniably incredible.  Of course, that doesn’t mean much to the deranged and delusional democrats who “resist” Trump at every turn.  Six decades of hostility out the window in 18 months…yet the left complains…

Pelosi complained Trump was too strong in dealing with North Korea and now she complains that he was too soft. It’s obvious by Pelosi’s flip-flopping criticism of how Trump has dealt with North Korea, that she would have complained regardless of what Trump said or did or how much it would benefit the American people. She is so blinded by her liberal hate and her dementia that she has no concept of how ridiculous she has come and why so many younger Democrats are trying to distance themselves from her.