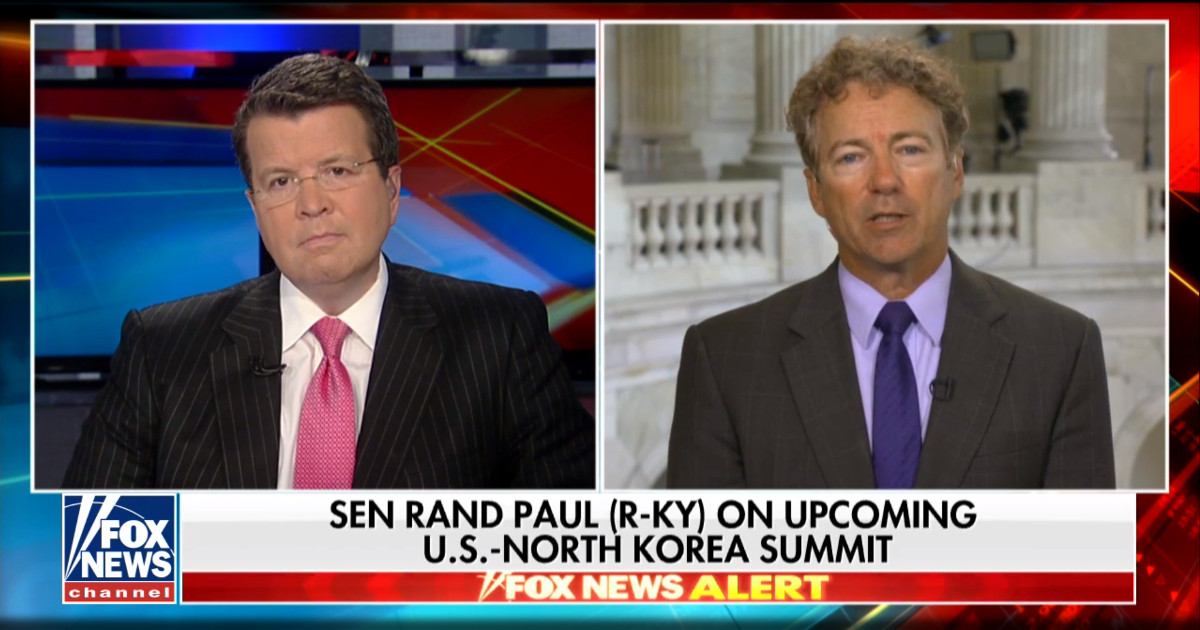 What do you get when you mix a Cambridge professor, British intelligence, American intelligence, FBI and Donald Trump presidential campaign?

According to Sen. Rand Paul (R-KY), you get entrapment, inappropriate behavior and abuse of power.

Paul was referring to the revelation made that Stefan Halper, a Senior Fellow at the University of Cambridge had, under the direction of the FBI, infiltrated the upper ranks of the Trump presidential campaign for the sole purpose of gathering information on campaign advisers Carter Page and George Papadopoulos, during the summer of 2016.

Trump dossier written by Christopher Steele, paid for by the Hillary Clinton campaign and the Democratic National Committee, was used as the basis for the FBI obtaining their FISA warrant to wiretap and spy on Carter Page, who still remains a subject of investigation by the Robert Mueller special counsel investigation.

It seems with the help of Halper, the FBI questioned Papadopoulos, who apparently lied to the FBI about his contacts with Russia or Russia agents. Halper met with Papadopoulos and lured him to London to meet, where Halper is alleged to have pumped Papadopoulos for information with a number of leading questions.

During a lengthy interview with Fox News host Neil Cavuto, Sen. Paul, in reference to the Muller investigation, stated:

“I think because what has happened is, this whole investigation into Russia has become so politicized. You wonder, so they have informants in President Trump’s campaign.”

“Did they put informants in President Clinton’s campaign? She was talking to a British spy. And that British spy was paying Russians for information to try to dig up stuff, true or untrue, on President Trump.”

“So it sounds like, you know, do we really want the FBI and the CIA, do we want them involved in presidential campaigns? Or really should there be sort of a hands-off on this? I think it’s unseemly that the FBI was putting informants in there, trying to extract and entrap members of the Trump campaign.”

“I think it’s incredibly inappropriate and an abuse of power.”

CAVUTO: “All right, the president called it spy gate, that that person who was an informant was a spy.”

PAUL: “Well, he worked for the FBI for several decades. He’s going and asking leading questions to people. He’s paying people money to get them to London.”

“There’s even some who say that the whole running into the Australian ambassador or deputy ambassador over drinks with one of the Trump officials wasn’t sort of a random event, that maybe even that had been planned.”

“So, yes, that’s entrapment, and that’s something that we’re not supposed to be involved with. There’s still evidence — and Judge Napolitano has talked about this — that the British were giving information directly to John Brennan.”

“Why don’t we ask Brennan that under oath and see what he says?”

The Democrats demanded an investigation into Russia and the election, never considering or believing that it could come around and bite them in their proverbial butts. What America needs now is for President Donald Trump to replace Attorney General Jeff Sessions with someone who will do the right thing. If that would happen, a lot of Obama’s cronies would find themselves facing numerous criminal charges, with many of them ending up in prison. It’s up to Trump now.