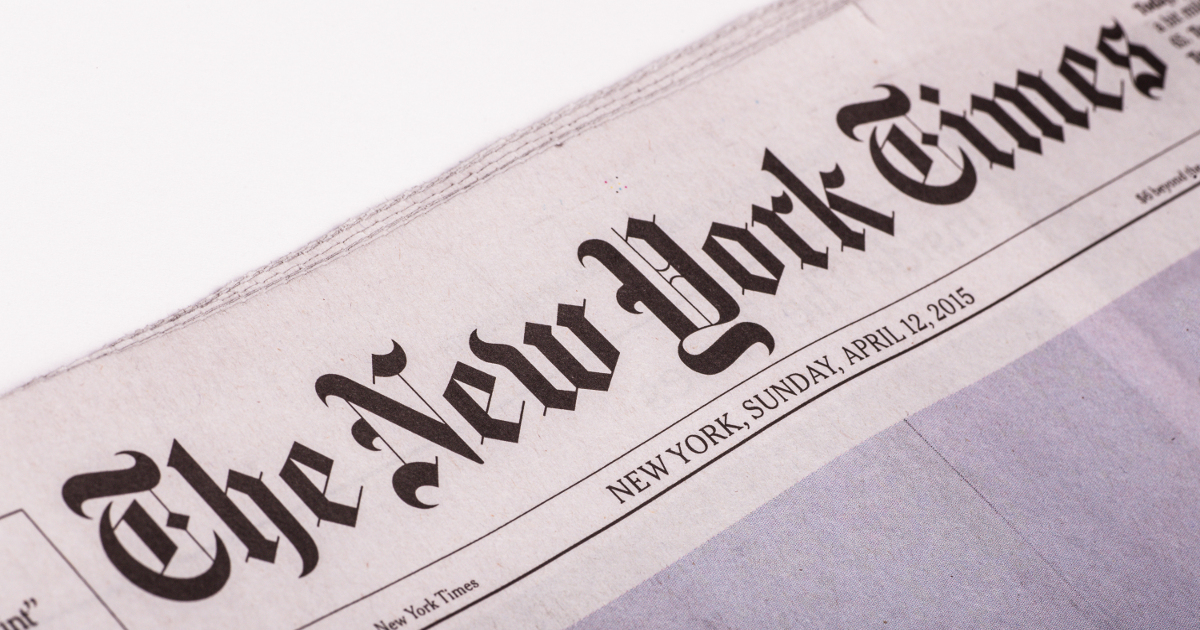 The New York Times is one of the leading newspaper/media outlets in America and has been for many decades. Like so many other members of the mainstream media, they have turned away from responsible journalism to become a propaganda tool for America’s liberal left.

Over the past year and a half, the liberal bias of the New York Times has been more than evident, especially when it comes to President Donald Trump. Next to CNN, it’s possible that the New York Times is nation’s number two source for fake news stories designed for the sole purpose of trying to smear Trump and weaken his presidency.

Like the liberal Democrats governing the city, the New York Times is also very anti-gun and anti-Second Amendment. A recent example of this is a headline that read: On an Average Day, 96 Americans Die By Firearms. The article starts out:

“In the two years since the Pulse nightclub shooting in Orlando, Fla., there have been at least 700 mass shootings — defined as involving four or more victims — across the United States.”

“Yet mass shootings represent just a fraction of the nation’s gun violence. On an average day, 96 Americans die by firearms, according to the Centers for Disease Control and Prevention. About two in every three of those are suicides.”

“Mass killings garner more attention because they are, by definition, so horrific. They also often shatter celebrations at clubs or music festivals, or violate sanctuaries like high schools or churches. Each massacre prompts national soul searching and reignites debates over gun regulation. In no other country does this kind of violence take place so frequently.”

If you accept the New York Times figures of 96 Americans dying every day due to firearms, compare this to figures from the CDC:

Take note of item 4 – accidents. That includes the 34,439 people killed in auto accidents each year. That averages out to 94.4 deaths per day, nearly equal to the number the New York Times claims are killed by guns every day. Why not try to do something to make automobiles safer or reduce the dangers caused by teenaged drivers?

It also needs to be noted that not all of the 96-gun deaths per day are from mass or school shootings. A significant number of those gun deaths are associated with gang violence, drug dealings and take place in inner city neighborhoods suffering from lower economic conditions.

I live about 20 minutes south of Cincinnati and it seems that nearly every day we hear on the news about one or more shootings and most of it is black-on-black or Hispanic on Hispanic violence, often related to gangs and/or drugs. The same is true in places like Chicago, Los Angeles, Baltimore and many other larger metropolitan areas. These shootings are social issues, not gun issues. In fact, most mass and school shootings are also social issues more than they are gun issues, but media like the New York Times do their best to make it sound like guns are the problem and that it will all go away if guns are banned. Little do they know that the violence will never go away if the social issues behind the violence, which proves that the issue isn’t the violence but the agenda to disarm the American people.