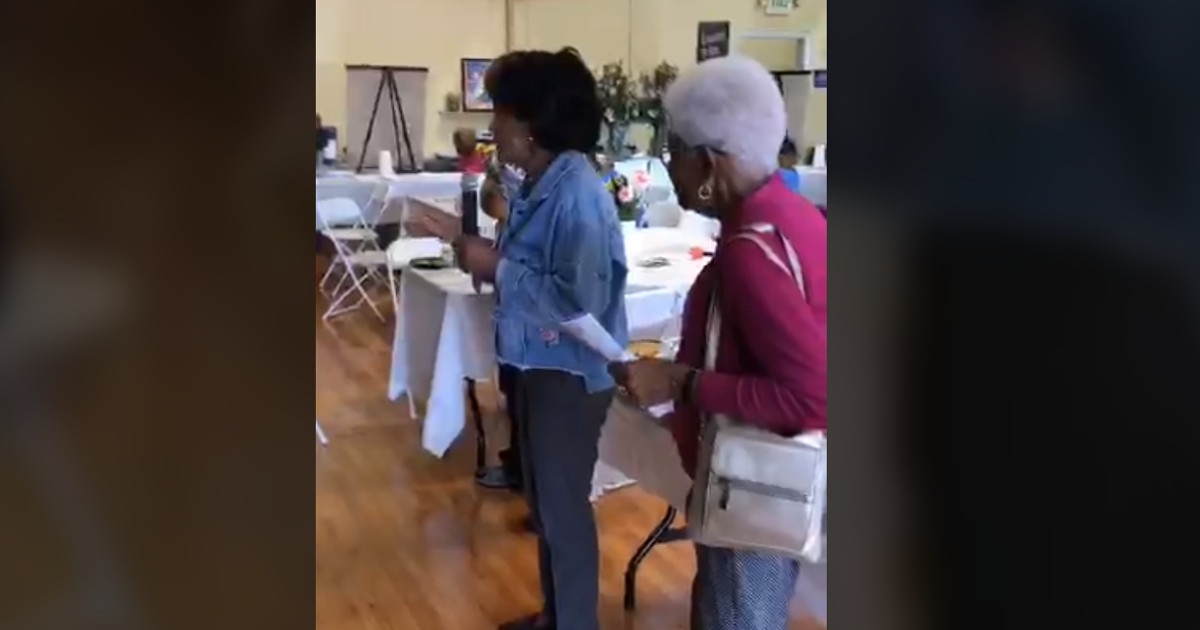 Last week, the New York Times tried to downplay the crowd that President Donald Trump had when he visited Nashville. The Fake News Times published that Trump only drew a crowd of 1,000 and then wrote about how few people wanted to see him or hear him speak. This seems to have become the normal tactic for some of the mainstream media as they long ago abandoned their journalistic pride and truth to work as the sleazy propaganda arm of the liberal left, aka Democrats, aka socialists.

The truth of the matter was that Trump drew over 7,000 people and they were loud and excited and truly appreciated seeing and hearing the President of the United States. He was well received, much to the chagrin of Democrats and the reporters from the New York Times, who were not about to let the nation know of Trump’s successful Nashville visit, by lying about the crowd size and reaction.

That’s what makes a recent public appearance by California’s ultra-liberal-racist congresswoman, Maxine Waters so outrageously hilarious. Waters is one of the loudest anti-Trump Democrats in Congress.

Waters, who turns 80 this August, began her political career, in 1976, as a member of the California State Assembly (House of Representatives), serving through December 1990, when she was elected to the US House of Representatives in the 1990 election. On January 3, 1991, she was sworn in as a member of the US House where she has continued to serve for the past 26 and half years.

Last weekend, Waters held a ‘Meet & Greet Tweet-a-Thon’ rally to publicly bash Trump. When she entered the room, filled with tables and chairs for the event, Waters was shocked to find about a dozen people had shown up. Most of the tables and chairs were empty. The less than poor turnout should be an indication that the people, ever the liberals in California, are tired of listening to rantings.

She is a flaming liberal Democrat, who not only fully supports many of the socialist policies of the Democratic Party, but she is also a racial activist, often turning many non-issues into racial issues.

Here are some of Waters’ more famous quotes:

In 1989: “I have a right to my anger, and I don’t want anybody telling me I shouldn’t be, that it’s not nice to be, and that something’s wrong with me because I get angry.”

“If you call it a riot, it sounds like it was just a bunch of crazy people who went out and did bad things for no reason. I maintain it was somewhat understandable, if not acceptable. So, I call it a rebellion.”

In 1993, Waters revealed her racist attitudes, when she said:

“Policy, for the most part, has been made by white people in America, not by people of color.   And they have tended to take care of those things that they think are important. Whether it’s their agricultural subsidies, or other kinds of expenditures that are certainly not expenditures for poor people or for people of color. And so we have to band together and keep fighting back.”

“The President is a liar. Dick Cheney, the chief architect of the Big Lie, is not only a liar, he is a thief.”

Note, that she never called Obama a liar after any of his many lies to the American people, to Congress, to black Americans, to Hispanic Americans and to the courts. She defended him regardless of how many lies he told or how many laws he violated.

In 2010, she couldn’t stand to see conservative Republicans being patriotic, when she stated:

“I was amazed. I really was. I didn’t say anything to anybody. I just watched-the Republicans were out there-they were having a great time. They were laughing, they were waving the American flag, they were egging them on, and I thought that was outrageous behavior. I really did.”

In 2011, when speaking to her constituents, Waters uttered:

“I am not afraid of anybody. This is a tough game. You can’t be intimidated. You can’t be frightened. And as far as I’m concerned, the Tea Party can go straight to hell.”

And let’s not forget her support of Democrats’ socialistic plans, when she stated, referring to oil companies:

Keep in mind these are only few of her angry, racist, socialist and hate-filled statements she has made over the years. It’s time for Maxine Waters to grow up and act like an adult, get over whatever has been gnawing at her all these years and retire from the House and leave the running of the federal government to people who really care for our nation.