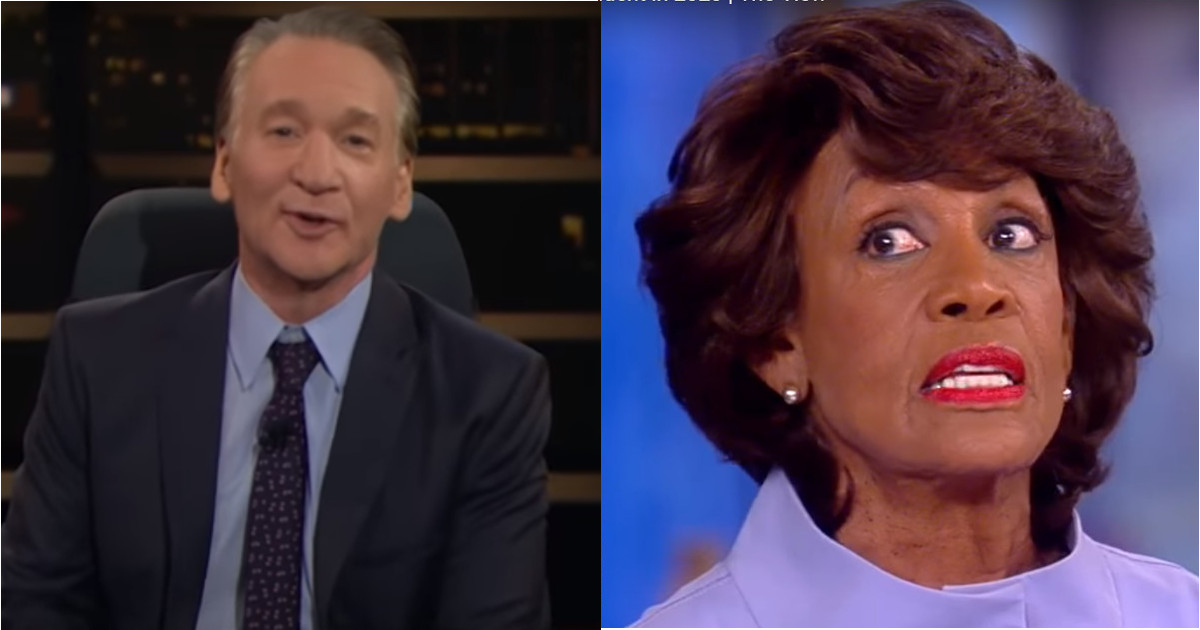 America’s liberals hate Donald Trump so much that they don’t care what the truth says, how much he is helping America and the American people or the lack of evidence to say that Trump is guilty of any Russian collusion.

Two examples are recent statements made by a couple of high profile liberals.

The first example is that of would-be comedian and talk show host Bill Maher. He has openly supported same-sex marriage, legalizing marijuana, animal rights (even over the rights of people) and his anti-religion views. He once served on the board of directors for the animal rights group PETA and currently serves on the board of Project Reason, which is an ultra-liberal anti-American group. He was sued by a former girlfriend because of how he humiliated here in public and for pain and suffering. He is an abusive man who seems to hate everything American and conservative.

Last Friday, Maher was talking about the economy when he stated:

“I feel like the bottom has to fall out at some point, and by the way, I’m hoping for it.”

“Because I think one way you get rid of Trump is a crashing economy, so please, bring on the recession. Sorry if that hurts people.”

“It’s either root for a recession or losing your democracy.”

Maher also demonstrates his ignorance of American history and politics. America was established as a republic, NOT a democracy. A democracy is nothing more than an elected dictatorship. Note that many countries with Democratic in their name are socialist countries.

More importantly, Maher is wishing for a recession which will put millions of Americans out of work, losing their homes and putting millions of them on the streets, just to get rid of Trump. He says he’s sorry if it hurts people, but he’s not. He has his fortune and he won’t be hurt, so his hatred for Trump is stronger than his concern for the American people.

The second example is that of California’s own Rep. Maxine Waters. The 79-year-old Democrat represents California’s 43rd congressional district which includes part of Los Angeles, Carson and Torrance, and all of Gardena, Hawthorne, Inglewood, Lawndale and Lomita. The district has a large Hispanic and black population, which favors a racial activist like Waters. She is an extreme racist who, like Al Sharpton and Barack Obama, seems to find a way to make everything a racial issue, when most of the things aren’t.

She treated Obama as if he was a messiah who could do no wrong and she treats Trump as if he can do no right. She has spent most of the last year and a half going out of her way to bash Trump at every chance she gets.

Appearing on MSNBC, Waters again accused Trump of colluding with Russia and Vladimir Putin, even though there is no evidence to support the collusion, when she stated:

“I believe this president has an agreement, uh, with Russia and with Putin, to lift the sanctions and I think the president thought it was gonna be easier than it has been for him to do that.”

“But I think that he’s continuing to send a message to Putin that he’s with him, that he’s looking out for him, and that he’s going to get there…”

“Well, you know, I believe that the way Putin and Russia and the Kremlin involved themselves in our election to make sure that Trump got elected — everything that they did, including hacking into the DNC, but also the targeting that they did on social media, the way that the bought the ads, all of that, is about an agreement that they have.”

“It’s not simply that he does not like the United States and he just thinks that somehow this president would be better for him. It’s about money. It’s about sanctions. It’s about Putin wanting to drill for oil.”

“I know that I am talking about my opinion, but I wish that they would be paid attention to, media, because I think that you have to focus more on what this attempt is to get these sanctions lifted.”

To prove just how much Waters hates Trump, she forgets that Trump has placed tougher sanctions on Russia and has had harsher words for Putin in his 15 months of office than Obama did in his 8 years. She also forgets the incident that was recorded during an Obama-Putin meeting when Obama told him that he could do anything he wanted in his second term, giving the impression that he would continue to bend over backwards to appease Putin, something Trump has refused to do.

Maher needs counseling more than he needs a microphone and Waters needs to retire and stop being an angry senile racist.