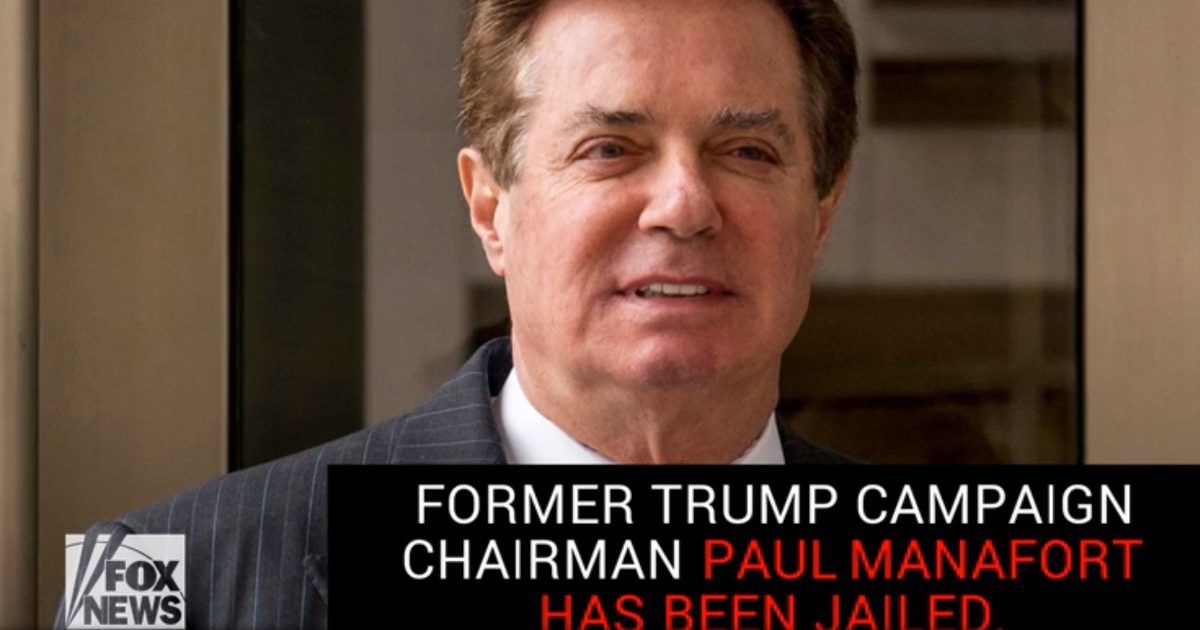 Paul Manafort is political consultant and lawyer and co-founded the lobbying firm of Black, Manafort and Stone. In March of 2016, Manafort was named at Donald Trump’s campaign manager, but that only lasted until August when it was learned that Manafort had not been completely honest about his business relations with Russians.

Robert Mueller quickly went after Manafort and discovered some questionable business dealings with Russians and consequently filed indictments against him. Manafort was out on a $10 million bail, until he was charged with witness tampering, resulting in a federal judge revoking his bail and ordering him to be taken to jail.

Washington, D.C., Federal District Judge Amy Berman Jackson sent the onetime power player to jail pending trial moments after he pleaded not guilty to the charges, brought against him and his associate, Konstantin Kilimnik of Moscow.

Mueller accused the pair of obstructing justice in the investigation into Russian meddling and potential collusion with Trump campaign associates in 2016.

Kilimnik was not in court on Friday. He is reportedly in Moscow.

Judge Amy Berman Jackson said she “struggled with this decision.” She said the legal standard at play was whether he was a “danger” to the public, meaning was there the possibility of Manafort committing future crimes if allowed to remain out of jail…

To begin with, Mueller went after Manafort in an effort to get him to turn on Trump and provide Mueller with any information that could be used against Trump. It also needs to be noted that the federal judge who revoked Manafort’s bail is Federal Judge Amy Jackson who was appointed to her position by none other than Barack Obama.