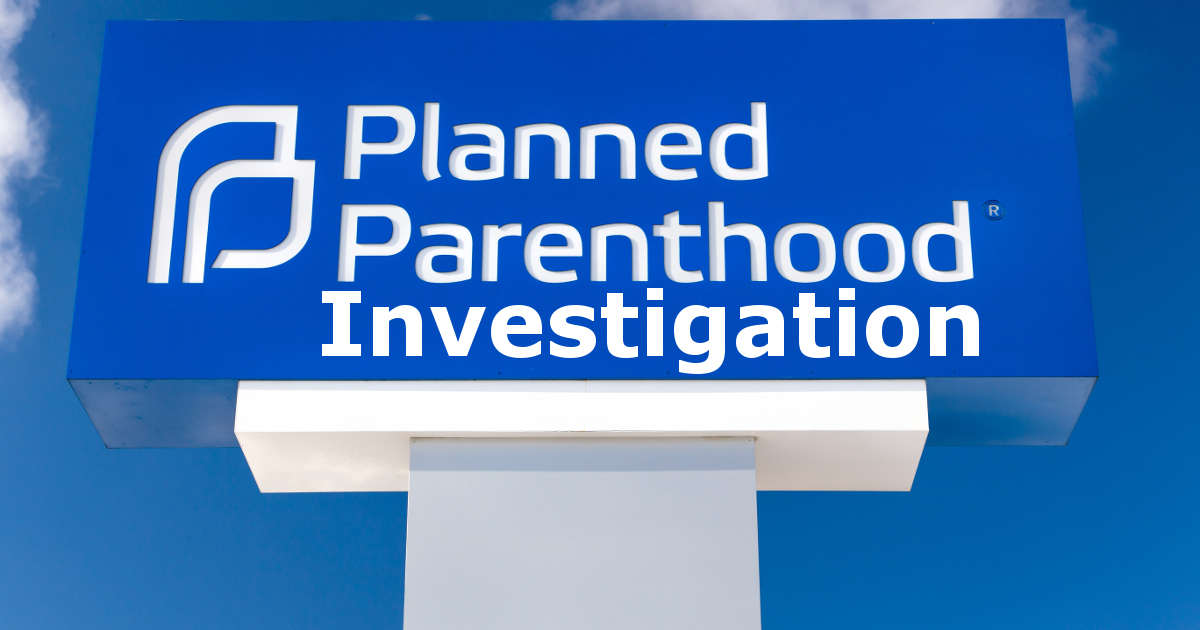 Last week, it was reported:

“In a damning report published by Live Action, citing eye witness accounts, court cases, video footage, and the testimony of victims, it was revealed that the tax-funded abortion corporation has been engaged in a criminal conspiracy to cover up sex crimes. The specific cases mentioned in the report are downright chilling.”

The report mentioned several specific cases, including that of Denise Fairbanks, who was raped by her father at age 13. She got pregnant as a result. He took her to a Planned Parenthood clinic to get her an abortion. While there, 13-year-old Denise told the staff at the clinic that her father had raped her, but they did not report it. They performed the abortion and returned the girl to her father, who kept raping her until she was nearly 15.

A second case mentioned was that of George Savannah, who repeatedly raped and impregnated his daughter. Three different times, he took her to a Planned Parenthood clinic to have an abortion and even though the girl was a minor, they never reported anything to the authorities.

A third case involved a 12-year-old girl who was raped by her step-brother, causing her to get pregnant. He took her to a Planned Parenthood clinic for an abortion. The clinic staff never reported anything about the incident to authorities.

These are only a few of the many instances where Planned Parenthood never reported the sexual abuse or rape of minors to authorities. Their refusal to report these incidents allowed the rapists and abusers to continue raping and abusing young girls, often their own family, which not only is a crime for statutory rape, sexual abuse of a minor, but also incest.

One cannot help but believe that Planned Parenthood’s silence amounted to their approval of the barbaric and horrific sexual abuse of numerous minors.

When this report went public last week, it resulted in a bit of public outrage, and rightfully so, especially since Planned Parenthood continues to receive over $500 million a year of taxpayer money. Among those outraged are a growing number of members of Congress, including Representatives Diane Black (R-TN), Chris Smith (R-NJ) and Vicky Hartzler (R-MO). They are part of the group that is demanding an official investigation into Planned Parenthood.

“As the prime author of the Trafficking Victims Protection Act of 2000, the landmark law that seeks to protect victims, mostly women and children, I find Planned Parenthood’s complicity appalling. I join my colleagues in calling for the Department of Health and Human Services to investigate these past failures by Planned Parenthood and determine how far Planned Parenthood’s failure to report extends.”

“In a previous exposé in 2011, an undercover videotape sting operation by Live Action exposed seven Planned Parenthood facilities including in my state, in Perth Amboy, NJ, that were eager to assist actors posing as sex traffickers to procure abortions for their underage trafficked girls…”

“In addition, I thank HHS for its recently proposed Title X regulation, which would strengthen protections for victims of sexual abuse. “It goes further than simply noting that Title X recipients are not exempt from state reporting laws. It requires documentation of a plan to comply with State laws, annual training of all individuals serving clients on behalf of the Title X project, and protocols to counsel minors on how to resist coercion. These requirements will help to ensure that – at least within the Title X program – Planned Parenthood’s unconscionable, inhumane coverup of child sex abuse will come to an end.”

If Congress does their job, not only should all federal funding of Planned Parenthood be stopped, but the baby murdering company should face stiff fines and any of the staff involved in not reporting the sexual assaults and rapes, should be charged, tried, convicted and sent to prison for many years.