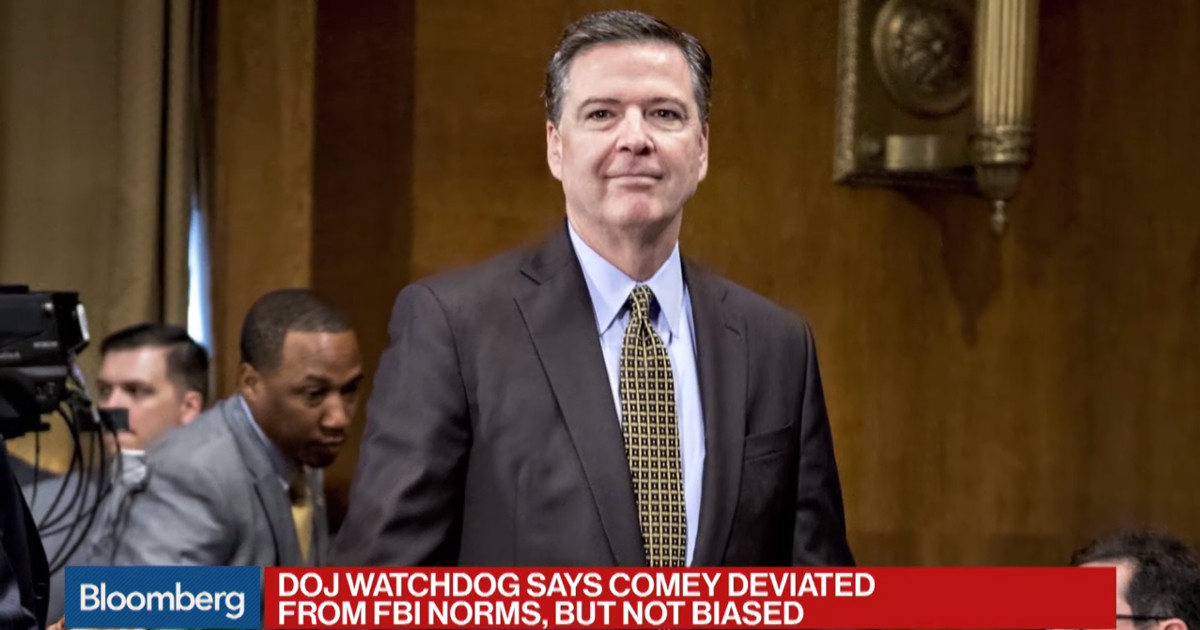 Inspector General Michael Horowitz has been investigating the FBI’s handling of the investigation into the Hillary Clinton email scandal. Horowitz is believed to be an impartial investigator but one has to wonder after his report was revealed.

Horowitz said that then FBI Director James Comey was insubordinate in the way he handled the FBI probe and that his actions have damaged or tarnished the reputation of the FBI and DOJ. However, Horowitz says that Comey’s handling of the Clinton case was not political, even knowing the ultra, pro-Clinton bias of then FBI Deputy Director Andrew McCabe who helped with the Clinton probe and helped draft Comey’s statement.

(Bloomberg) – Former FBI Director James Comey was “insubordinate” in handling the probe into Hillary Clinton, damaging the bureau and the Justice Department’s image of impartiality even though he wasn’t motivated by politics, the department’s watchdog found.

Although the report issued Thursday by Inspector General Michael Horowitz doesn’t deal with the origins of the probe into Russia meddling in the 2016 U.S. election and possible collusion with those around Donald Trump, the president and his Republican allies in Congress were primed to seize on it as evidence of poor judgment and anti-Trump bias within the Federal Bureau of Investigation and the Justice Department.

Two of the FBI officials mentioned in Horowitz’s report were Peter Strzok and Lisa Page, both of whom carried on an adulterous affair and texted about their intention of stopping Donald Trump from becoming President. Rep. Issa says there was bias on the part of most of the 39 people connected to the matter as they all anticipated working under a Hillary Clinton presidency.