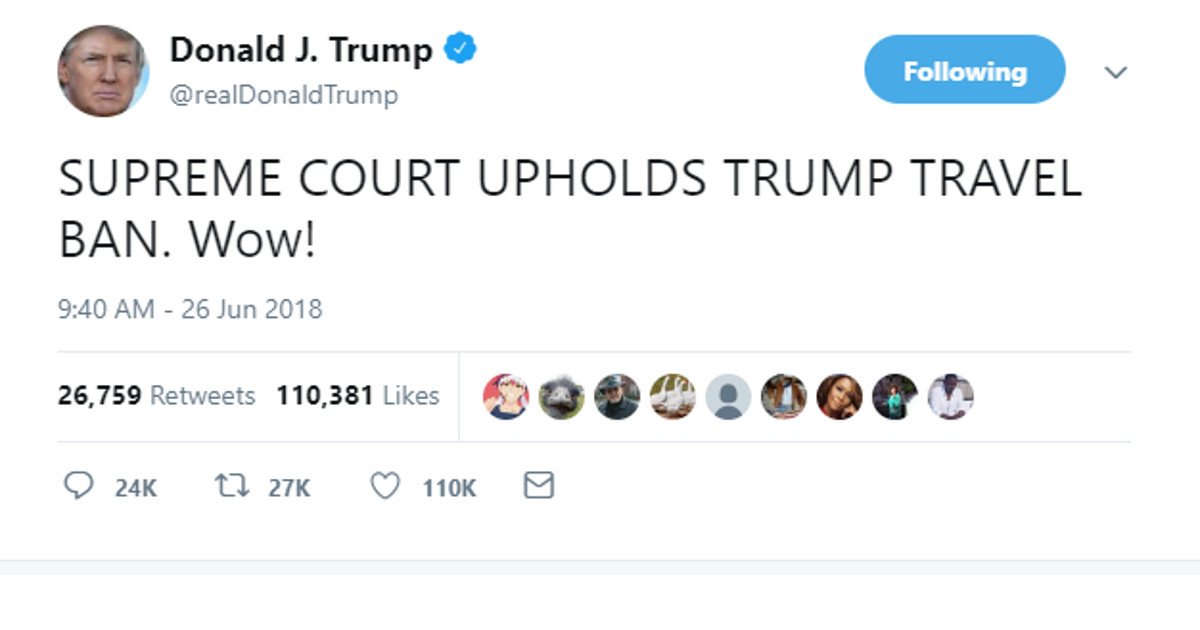 Over the past year and half, President Donald Trump has tried to take measures to make America safer from the threats of terrorists and other dangers. Three times he issued a travel ban against selected nations, largely because they have the greatest incidents of producing terrorists and three times, one liberal judge used his or her position on the bench to stop the President’s order as if these judges held more authority and power than the President, which they don’t.

In a HUGE victory for Trump, the Supreme Court ruled 5-4 that Trump does have the authority and that he did provide the necessary proof for his travel ban. Of course, the four liberals still disagree.

(Fox News) – The Supreme Court on Tuesday upheld President Trump’s controversial travel ban affecting several mostly Muslim countries, offering a limited endorsement of the president’s executive authority on immigration in one of the hardest-fought battles of this term.

The 5-4 ruling marks the first major high court decision on a Trump administration policy. It upholds the selective travel restrictions, which critics called a discriminatory “Muslim ban” but the administration argued was needed for security reasons.

In a written statement, Trump called the ruling “a tremendous victory for the American People and the Constitution.” As critics continued to decry the policy as “xenophobic,” Trump described the court decision as “a moment of profound vindication following months of hysterical commentary from the media and Democratic politicians who refuse to do what it takes to secure our border and our country.” …

What needs to happen now is that all of those liberal judges who misused their benches to promote their political agenda and interfere with the actions of the President of the United States, be impeached by and removed from their benches. A message has to be sent that judges are to rule on law and not on agenda.