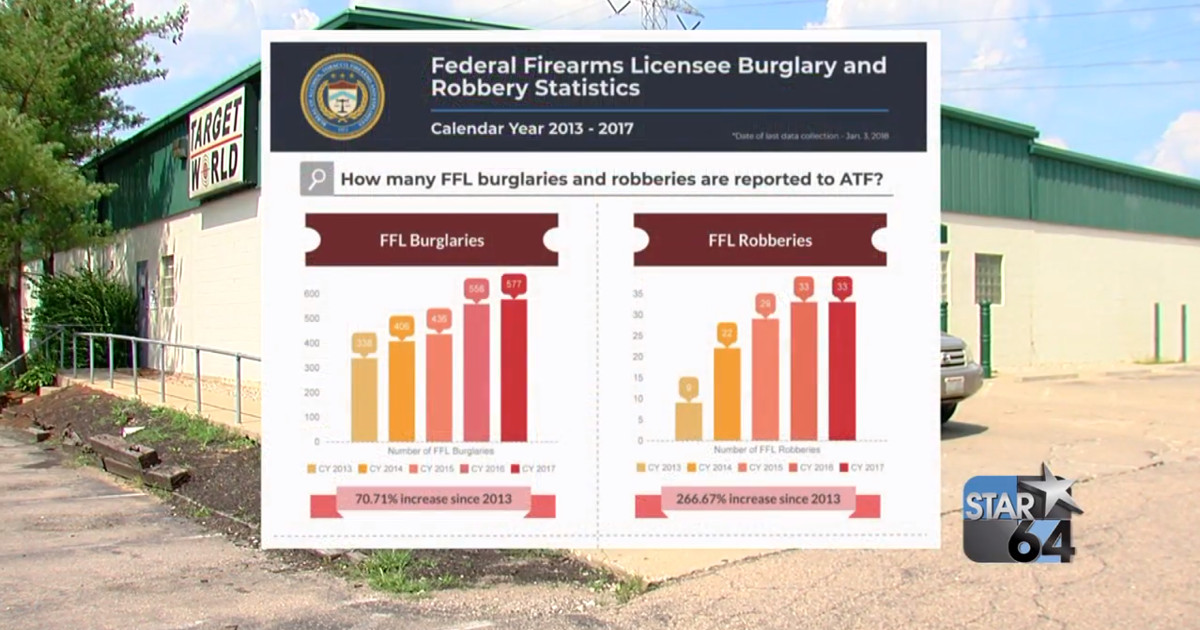 Gun thefts throughout the United States are skyrocketing. Criminals are breaking into police cars, homes and gun stores so they can steal as many guns as they can find and carry.

Every day, I go to Chrome – news – firearms, and every day, there are a list of articles on gun thefts or law enforcement seizing stolen guns and guns in the illegal possession of firearms. Here are a few examples I found yesterday:

Three Southeast Missouri me indicted for “lying and buying’ firearms

Man arrested for pot, possession of a stolen firearm

On our local news, there was a story about burglars breaking into a gun store called Target World. They busted in the back door, smashed a glass case and took as many handguns as they can carry. The count was 50 guns stolen.

Clayton Merrill, the Resident Agent in Charge of the Cincinnati Field Office of the Bureau of Alcohol, Tobacco, Firearms & Explosives, said that the ATF works with many gun shops to help them make sure their firearms and stores are properly secured, however, criminals are getting more determined than ever and find a way to break in anyway. He also stated:

“I’d like to believe it’s a result of [the fact that] it’s getting harder for criminals to get guns so they have to take these measures and do burglaries.”

“You really don’t know until they get recovered by local police and what kind of activity they were involved in.”

“But the bottom line is it’s tough to stop determination and they found a way here. You have the cameras, the alarms, the response time of the police and they just slipped through the cracks.”

Merrill also said that this was the fourth firearm store break in that he has handled and that burglaries at gun shops have increased by more than 70% since 2013, from 3,300 stolen guns in 2013 to nearly 8,000 stolen last year.

From news reports, it seems that this year, the number of stolen firearms will be even higher.

For years, conservatives have been saying that gun control laws only affect law-abiding citizens and not criminals, as they will find a way to get their guns. They are called criminals for a reason – they don’t follow the laws. The more gun controls that are passed, the more criminals will break into homes, stores and police cars to steal the guns they want to use in their criminal acts. In the meantime, good citizens will find it harder to own, possess and use a firearm to protect themselves, their loved ones and their homes.

This is what gun control accomplishes – it increases crime.