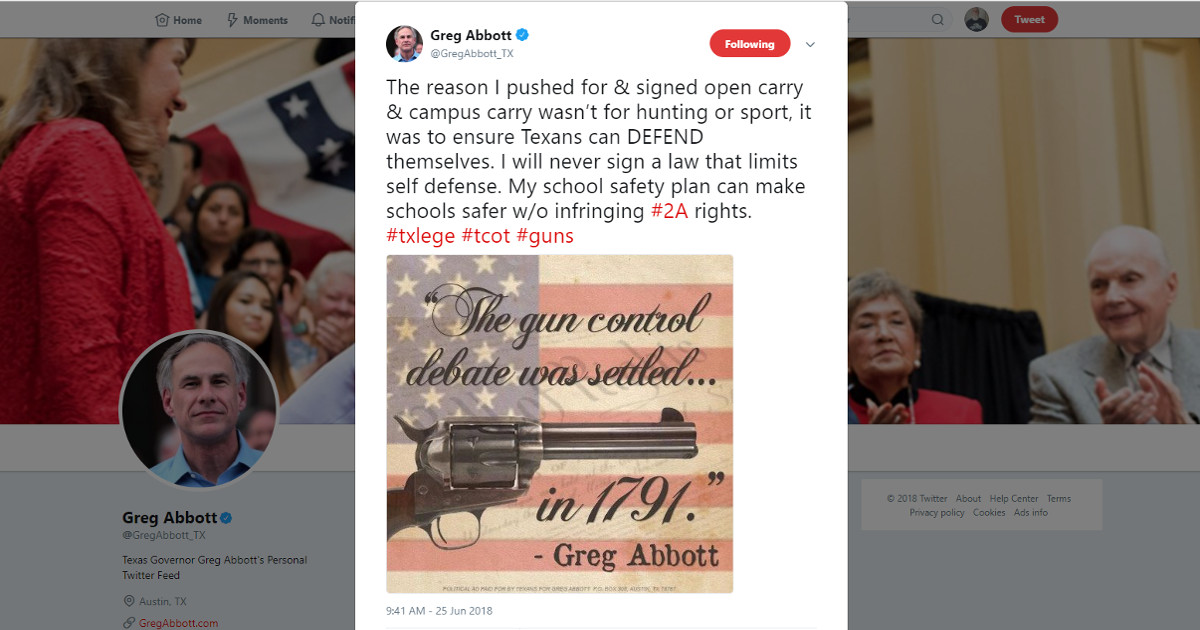 For the past decade, ever since Barack Obama took illegal residence in the White House, the debate on gun control and gun rights has been waging stronger than ever. Obama and his fellow socialist Democrats have pushed for gun bans, gun accessory bans, universal background checks, no concealed or open carry, and more.

Currently, the gun control debate is waging hotter than we’ve seen in our lifetime. Self-proclaimed gun control mouthpiece David Hogg, the high school student from Parkland, Florida is trying to build a career as a political activist when in reality, he’s nothing more than an uninformed and uneducated liberal who has no idea of what he is talking about.

Turn on any of the mainstream media and you’ll see reports of gun control protests and student ‘die-ins’. They want you to believe that the majority of the American people want more gun control and that gun rights conservatives are in the minority.

Have you listened to some of the arguments they give to support their call for more gun control?

The claim that stricter gun laws will reduce gun violence and crime, however, statistics prove that the opposite is true. The areas in the country with the strictest gun control laws also happen to be among the nation’s leaders in gun violence. Yes, I’m speaking of areas like Chicago, Los Angeles and Baltimore.

The media is good interviewing students who say they are scared every day they go to school, for fear of being shot by the next school shooter. The emotionally driven students and media fail to mention that they are in far more danger riding in a car driven by a teenager than they are from being shot in a school shooting.

Some point to the number of suicides, saying that thousands would still be alive if they didn’t have access to guns. Again, they speak from stupidity. Speaking from personal experience, if someone is intent on committing suicide, it won’t matter if they get a gun or not, they will find a way to kill themselves.

One prominent college professor has tried to say that the Second Amendment was only written to protect the institution of slavery. It’s sad to see how such an idiot manages to become a college professor, but then when liberals deny real history and try to rewrite a false history, I guess one can believe almost anything.

Gun rights advocates, including myself argue that in today’s America, we need firearms to protect ourselves, our family and friends and our homes. As crimes, especially home invasions continue to increase, there is a growing necessity for armed self-defense.

I’ve even argued, that our Founding Fathers, including Thomas Jefferson, believed that every household should be armed and that although the threats of danger are different, we still have them today.

However, Texas Governor Greg Abbott just gave the best ever response to the issue of the gun control debate when he stated:

That was the year the Bill of Rights was ratified and became part of the US Constitution.

“The reason I pushed for & signed open carry & campus carry wasn’t for hunting or sport, it was to ensure Texans can DEFEND themselves. I will never sign a law that limits self defense. My school safety plan can make schools safer w/o infringing #2A rights.”

He is so right. When the Bill of Rights legally became part of the US Constitution, it ended all debate on the issue of gun control. Plain and simple, it’s the law of the land! End of debate.