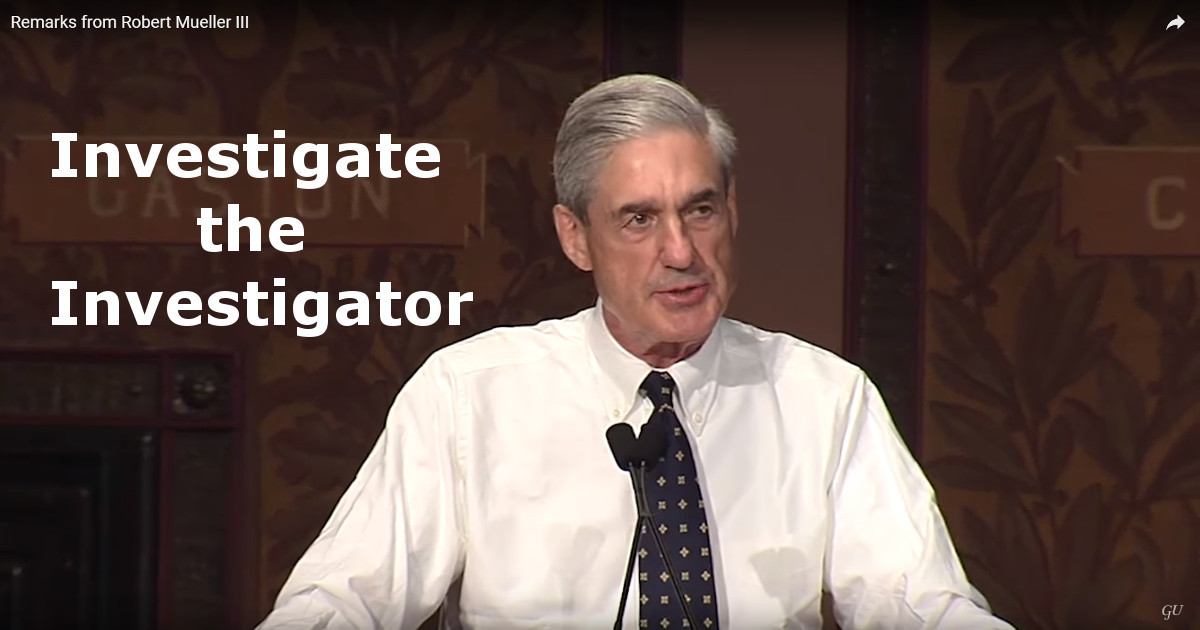 When Deputy Attorney General Rod Rosenstein appointed Obama’s former FBI Director Robert Mueller to be the special counsel to investigation the allegations of Russian election interference along with any possibly collusion between the Trump campaign and Russia, it was obvious from the start that Mueller was biased against President Donald Trump.

Everything Mueller and his group have done has also been obviously anti-Trump and many believe he should have recused himself from the position and now, Rudy Giuliani is saying that the Mueller investigation should be investigated.

“We want the Mueller probe to be investigated the way the Trump administration has been investigated,” Rudy Giuliani said on CNN’s “State of the Union.”

Giuliani’s comments were the latest in a barrage of attacks on the probe by the president and his lawyers as Mueller appears to be nearing a conclusion to his investigation into possible collusion between Trump’s campaign and Moscow.

Even though Mueller has stated he is not going after President Trump, his actions say otherwise. Even a federal judge accused Mueller of intentionally going after Trump with the purpose to trying to stop Trump and his presidency. Yes, Mueller, his team and even Rosenstein should be investigated.