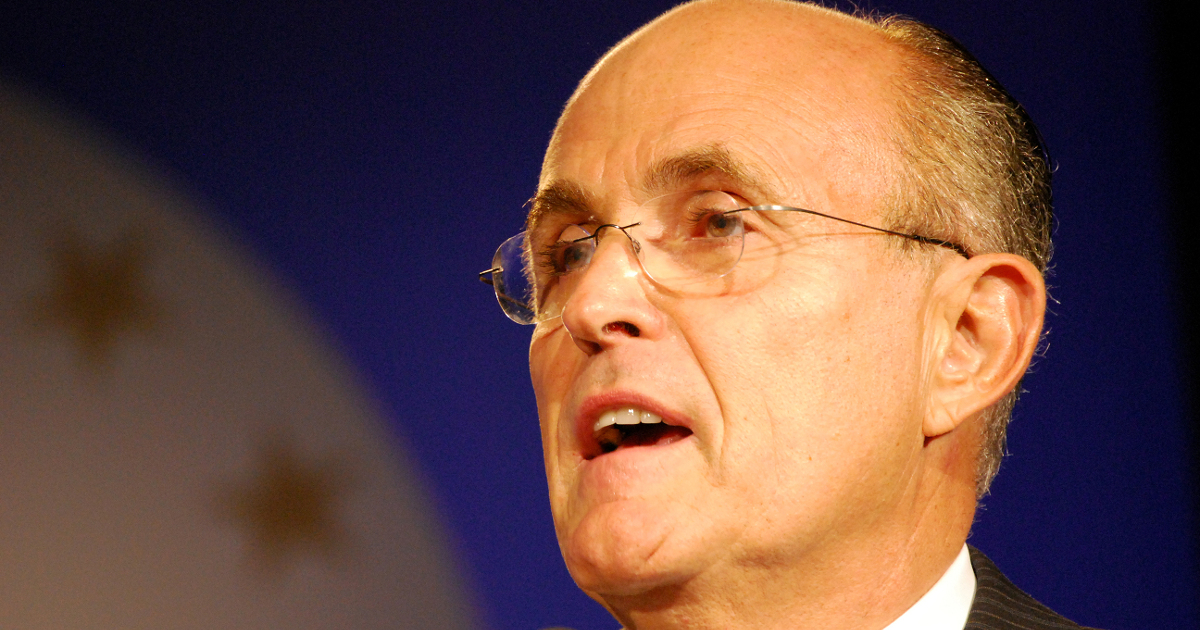 For the past 15 months, Democrats and the mainstream media have constantly lambasted President Donald Trump for many of his tweets. They said he wasn’t being presidential, but then the reason Trump was elected was because he is not a typical politician.

Ever since former New York City Mayor Rudy Giuliani joined the legal team for Trump on April 19, the mainstream media and Democrats have found someone else to blast for their outbursts. The latest outrage from the liberals came after Giuliani stated that it was time to end the Mueller farce. His pronouncement is also raising concerns that Trump may be about to fire Mueller or take legal action to end his investigation.

(Constitution.com) – There are serious concerns on Capitol Hill this week that Robert Mueller may be overstepping the purported scope of his investigation into election tampering by the Russian government, and Rudy Giuliani is having none of it.

The leftist media has been all over the story as well, shoring up support for the investigation through semantically-savvy reporting by the likes of Jon Oliver, who has been one of the America’s leading opponents of the Trump administration from the get-go, not ever giving the President a chance to succeed before signaling to his multitude of millennial followers that the man is evil incarnate and should be removed from office.

His latest tirade against the leader of the free world was even predicated on the idea that the rest of the media has been reading the Mueller appointment incorrectly.  That’s right folks, we’ve skipped over the last several months’ worth of actual investigation, and we’re now redefining what we think Mueller is supposed to be doing.  That’s how desperate the left is becoming…

Giuliani was an outspoken mayor and he hasn’t changed now that he has joined Trump’s legal team. What’s interesting is that Giuliani is voicing what many conservative Americans feel should be voiced and the more Giuliani speaks the truth, the more he will be attacked and lambasted by the liberal left.