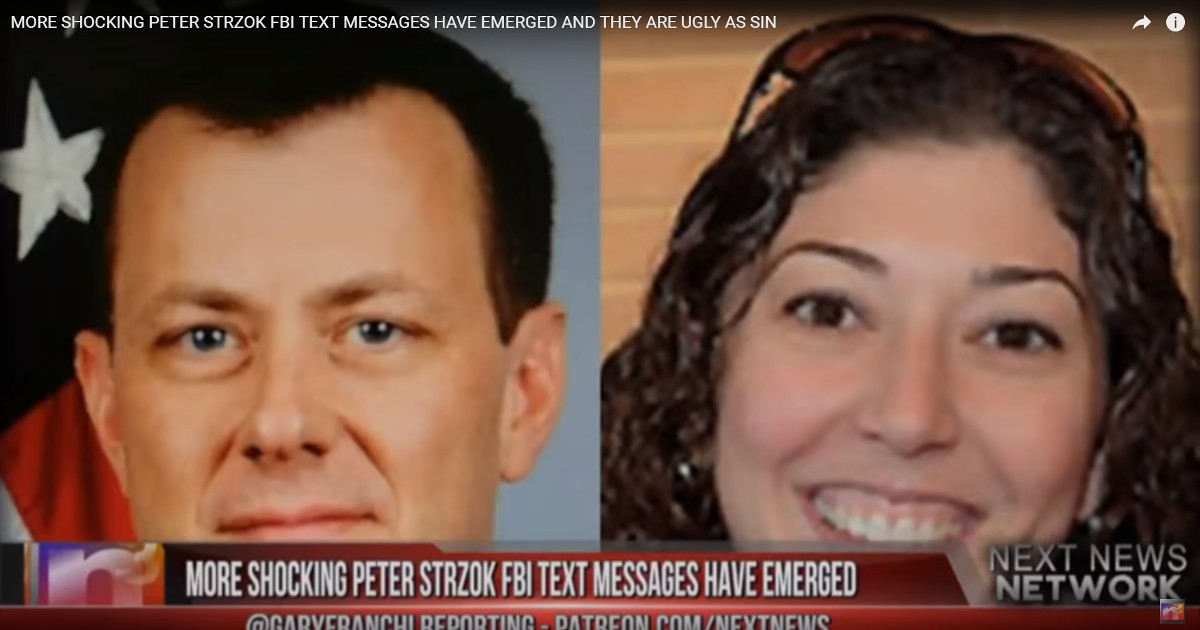 With the release of Inspector General Michael Horowitz’s report on the FBI investigation of the Hillary Clinton email scandal, he forwarded part of his report on to federal prosecutors to look into the accusations that at least 5 members of the FBI intentionally used their positions to try to stop Donald Trump from getting elected. Two of the FBI personnel named were Peter Strzok and Lisa Page. In his report, Horowitz cited one of the texts sent between the adulterous lovers that spoke directly about stopping Trump from becoming president with Strzok saying he (Trump) won’t and that they would stop it.

(Constitution.com) – We are now nearly a year into the absolutely asinine Special Counsel investigation being conducted by Robert Mueller, and the American people are growing tired of the nonsense in earnest now.

In all honesty, the FBI as a whole has been a bit disappointing in the aftermath of the 2016 election, with a number of horrific faults coming to light during Trump’s draining of the D.C. swamp.  The embarrassments haven’t been merely political fodder, either, but have cost a great many American lives as well.

FBI agents were fully aware of the intentions of mass shooters Omar Mateen and Nikolas Cruz well before their atrocities were carried out, yet did nothing to prevent them.

Furthermore, the agency was wholly negligent in their investigation of Hillary Clinton’s illegal, immoral, private email server back during the 2016 election as well; an unforgivable obstruction that eventually led to the firing of disgraced FBI chief James Comey…

If America only had an Attorney General who did his/her job, a bunch of these people would already be under indictment and either facing trial or convicted and sentenced. It’s time we clean up America and get rid of all of the corrupt scum, most of which are Democrats.