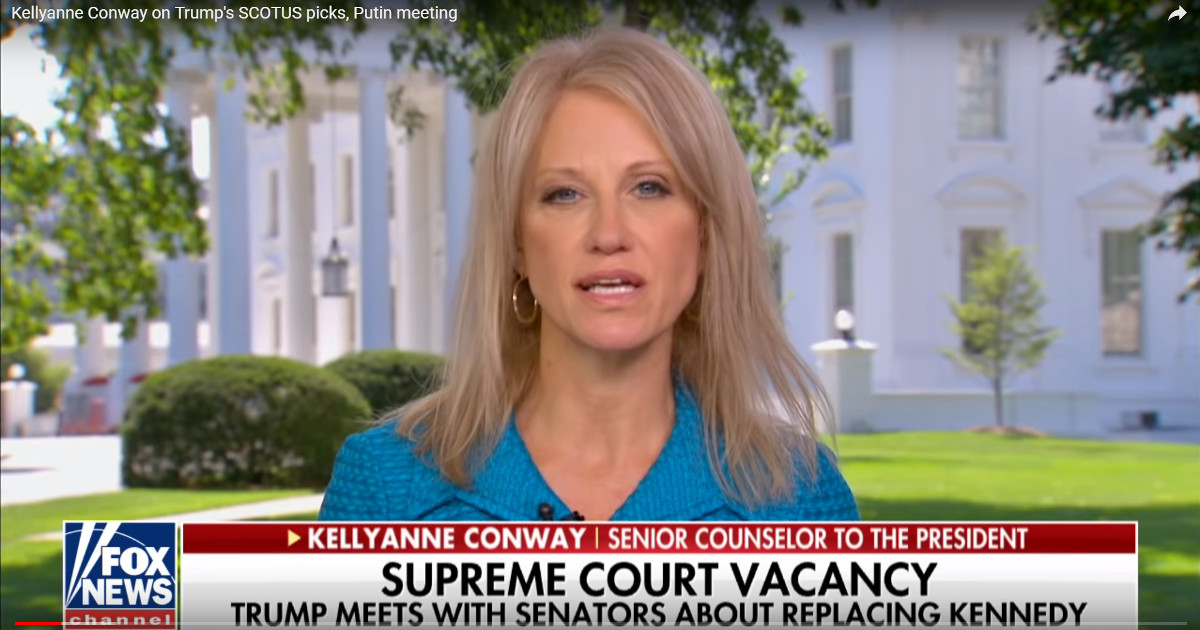 Since the beginning of this year, there have been rumors floating around that one or more of the senior members of the Supreme Court may retire, giving President Donald Trump at least one more opportunity to nominate another Supreme Court justice. Earlier this week, one of those rumors came true, with the announced retirement of Justice Anthony Kennedy.

Next to the question of who Trump will pick is when he will make his selection known? Democrats are wanting to delay until after the midterm elections in hopes that they can win a couple of Senate seats back from Republicans and give them control over approving any further Trump nominations. Republicans are wanting him to make his selection well before the midterms, which are a little more than 4 months away.

While Kellyanne Conway, Counselor to the President, would not say when Trump will make his decision, she may have hinted when the decision will be made when she didn’t dismiss some rumored timelines.

(The Washington Times) – Counselor to the President Kellyanne Conway on Friday downplayed the impact President Trump’s upcoming Supreme Court pick could have on controversial issues.

Mrs. Conway pointed to Justice Neil Gorsuch’s appointment as an example of what kind of judge Mr. Trump is looking for, according to an interview on Fox News’ “America’s Newsroom.”

She explained that Mr. Gorsuch phrased it “perfectly” when he said, in regards to issues like abortion, there is established precedent and “it didn’t matter” if he liked it.

“People on the other side, who are really losing at every turn these days politically — they are going to make this about one or two issues. We know that the Supreme Court covers any number of issues under the Constitution in a given term,” she said…

Over the past several decades, liberal justices almost always vote liberal, but conservative justices don’t always vote conservative. They are known for disappointing conservatives far more often than liberal judges disappoint liberals. Chances are, no matter who Trump selects, will be objected to by Democrats. The problem is appeasing the Trump hating RINOs in the Senate.