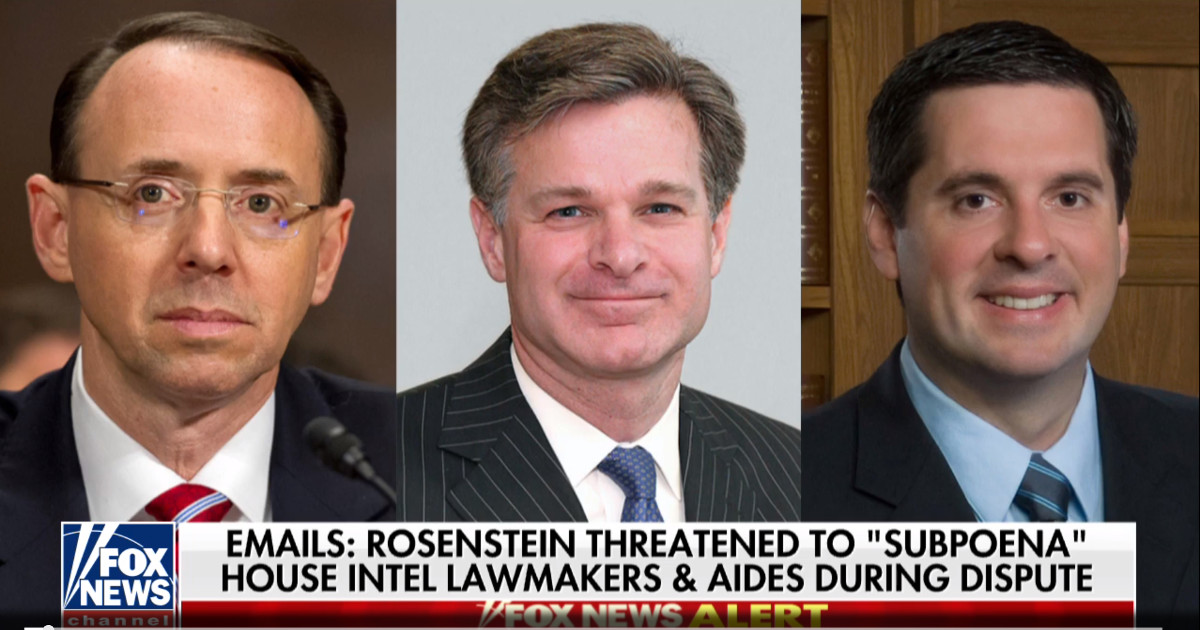 Accusations are now being leveled against Rosenstein from several members of the House of Representative, claiming that Rosenstein has threatened to subpoena them and member of their staff to obtain their emails and other items connected to the House Intelligene Committee probe of Russia and the election.

(Fox News) – GOP lawmakers accused the Justice Department of “intimidation” on the heels of a Fox News report that Deputy Attorney General Rod Rosenstein once threatened to “subpoena” House committee members, with one lawmaker now claiming staffers have been left “physically shaking” over Rosenstein’s tactics.

Fox News’ Catherine Herridge reported Tuesday on emails that described a tense closed-door meeting in January. Written by commitee staffers, they said Rosenstein threatened to subpoena emails, phone records and other documents from lawmakers and aides on the House Intelligence Committee — in response to inquiries regarding the Russia probe.

One staffer said Rosenstein launched a “sustained personal attack against a congressional staffer in retaliation for vigorous oversight” and called the threats “downright chilling.”

Many, including myself have been advocating that President Trump replace Jeff Sessions with someone who will uphold the law and prosecute all of the Democrats that have been revealed for their corruption and many other crimes, but it also seems necessary to appoint a replacement for Rosenstein as well.

In heat wave, California concerned about when drivers are charging their EVs
June 22nd, 2021 Liberty Unyielding

All The News That Fits The Leftist Ideology
June 22nd, 2021 The Lid

9-Year-Old Left No Other Option But To Now Defend Herself, And She Does…(Video)
June 22nd, 2021 Sons of Liberty Media

What You Don’t Know About Adolph Hitler May Shock You!
June 22nd, 2021 TCP News