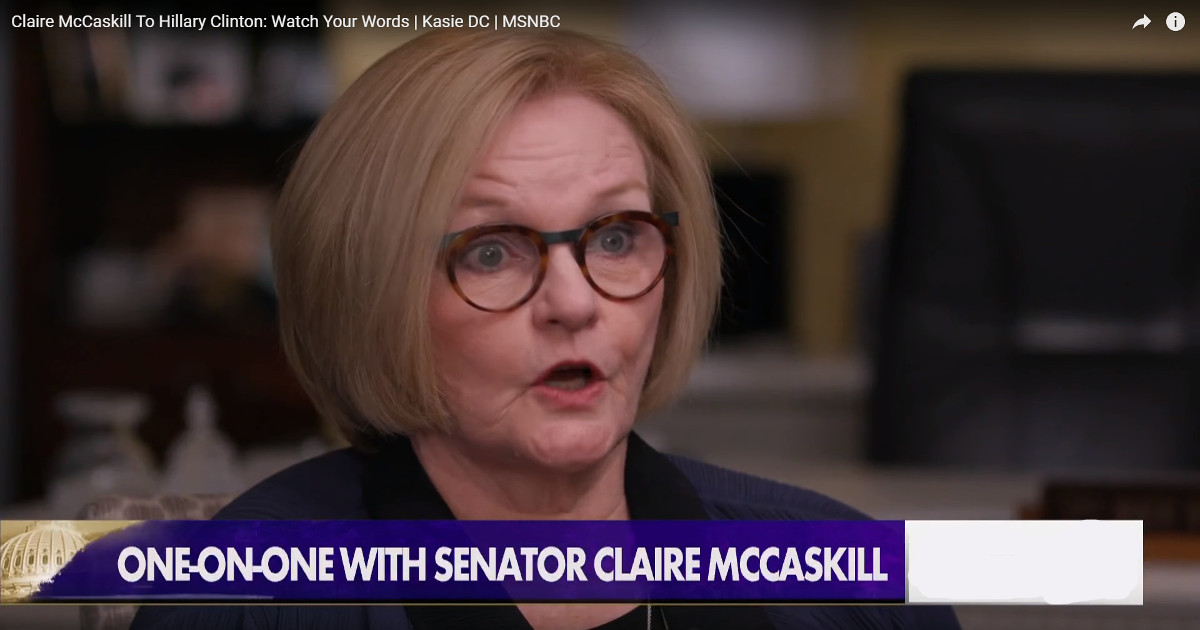 Senator Claire McCaskill is the ranking Democrat on the Senate Homeland Security Committee, a position she has held since January 2017. She was first elected to the US Senate from the state of Missouri in 2007. Before that, she served as the Auditor of Missouri for 8 years after serving as Jackson County prosecutor for 5 years after 5 years in the Missouri House of Representatives. She has been in politics for the past 34 years and it’s a growing possibility that her political career could come to an end with this year’s midterm elections.

In 2004, McCaskill ran for governor of Missouri and barely won the Democratic primary election, defeating incumbent Gov. Bob Holden. In the general election that year, she ran a close race with Republican Matt Blunt, who won with 2.9% victory over McCaskill.

McCaskill is a loud voice in the US Senate and one of the most ardent opposers to virtually everything that President Donald Trump has done and is trying to do. She has been given a ZERO rating from the NRA and NumbersUSA, an organization that pushes for limits to immigration and supports border security. McCaskill has said that protecting DREAMers is a top priority. The Council for citizens Against Government Waste gave McCaskill a rating of only 31%

She has questioned why the Boston Marathon bombing was considered to be an act of terrorism while mass shootings are not. She says it’s politically motivated.  She was also embroiled in a controversy involving her using taxpayer money for around 90 flights in a private plane that she co-owned. When the news was made public, she paid 88,000 to the Department.

In 2011, she claimed to be only a middle to upper class person, yet records indicated that she was the 12th wealthiest member of the Senate.

She claimed to be all for tax reform, but she opposed and voted against the Republican tax reform bill that resulted in the tax cuts we now enjoy. She claimed that she was against it because it wouldn’t help the middle working class, only the rich. She fails to realize that it’s the rich that employ most of the working class.

When President Donald Trump visited Missouri last year trying to drum up support for the tax reform bill, he told the people of Missouri that McCaskill had better vote for the bill or she would be voted out of office in 2018.

Guess what? Missouri’s Republican Attorney General Josh Hawley is running against McCaskill for her seat in the Senate and the race is growing tighter and tighter.

Polls for the past couple of months have put McCaskill and Hawley neck and neck. They have been tied in some polls, McCaskill leading by only a couple of points on other polls and Hawley leading by a couple points in yet other polls. One can only hope that Trump is right and that Missouri voters will realize the damage that McCaskill has done and will do to them if she is re-elected, leading them to vote for Hawley in November. That would be a huge victory for Trump and the GOP.