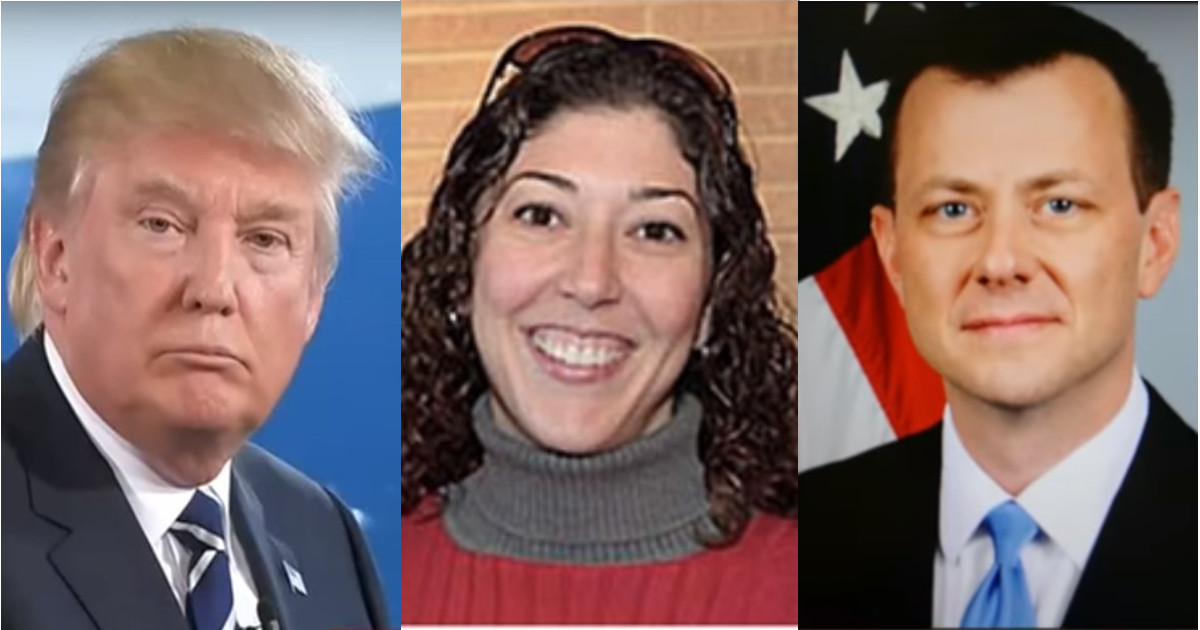 Once again, CNN has proven just how much they hate President Donald Trump by twisting the truth about FBI employees Peter Strzok and Lisa Page. Inspector General Michael Horowitz released his report on his investigation of the FBI’s handling of Hillary Clinton’s email scandal in which he turned over the names of 5 FBI employees for disciplinary and possibly criminal action for their flagrant actions to sabotage the campaign of Donald Trump and prevent him from becoming president.

After Horowitz cited texts exchanged between Strzok and Page said that they would stop Trump from becoming president, CNN twisted the truth and claimed that the two FBI members never attacked Trump but that he attacked them.

(Canada Free Press) –  “We’ll stop it.”  Three now infamous little words that can never be walked back and ones that prove beyond any shadow of a doubt that the media of the day and a rogue Obama-weaponized FBI were on the same choir page during the 2016 presidential election campaign.

How the mighty are falling like dominoes before the very eyes of the masses—in spite of intense media backup.  The same masses that Hillary Rodham Clinton called “deplorables”  and that some unidentified FBI yob described as “mostly poor and middleclass”  members of society who voted Donald Trump.

“All the people who were initially voting for her would not, and were not, swayed by any decision the FBI put out,” the employee wrote. “Trump’s supporters are all poor to middle class, uneducated, lazy POS (sic) that think he will magically grant them jobs for doing nothing. They probably didn’t watch the debates, aren’t fully educated on his policies, and are stupidly wrapped up in his unmerited enthusiasm.” (Fox News, June 14. 2018)…

It’s thing like this and their history of anti-Trump fake news that caused Trump to recently declare fake news as America’s number 1 enemy, after his return from Singapore and his first meeting for peace with North Korean dictator Kim Jong-un.