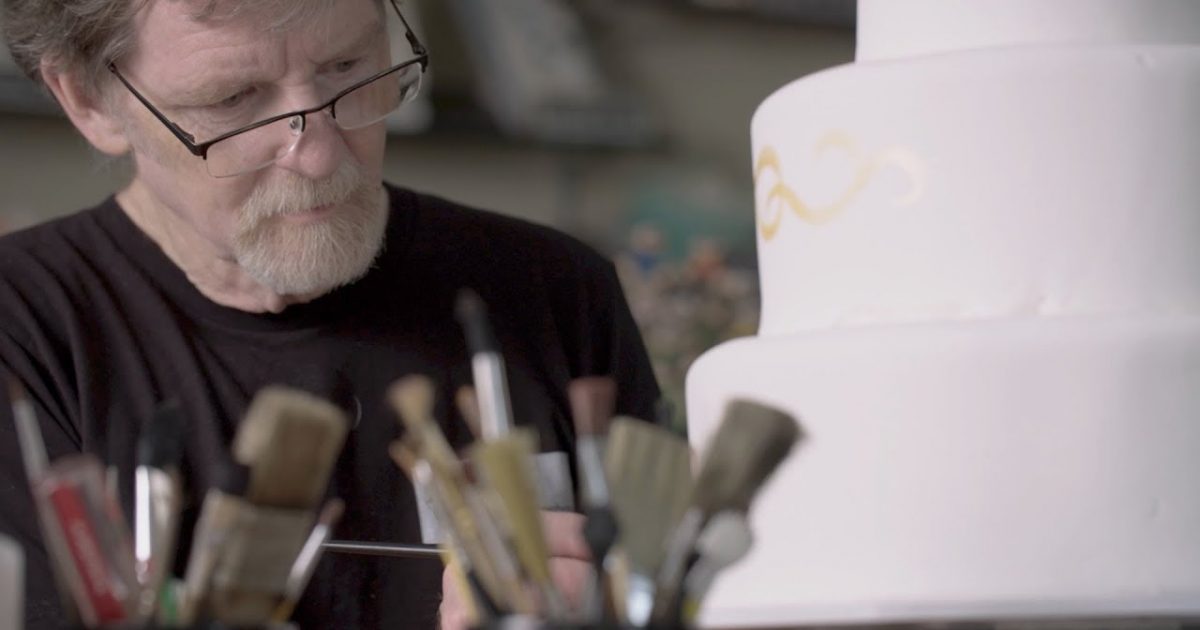 Jack Phillips is far more than just a baker. He is a pasty artist but not in the same sense that many pastry chefs are. Phillips is a talented artist who puts his skills with the brush to work on his special cakes including wedding cakes.

Many of Phillips’ wedding cakes are one of a kind pieces of art and cake. His reputation was wide spread in the greater Denver-Aurora-Lakewood metropolitan area. No one has yet reveled the real reason why in 2012, two gay men entered Phillips shop – Masterpiece Cakeshop – located in Lakewood. Some believe they specifically targeted Phillips because of his strong Christian beliefs while others say they wanted a special cake for their same-sex wedding.

When they tried to place their order, Phillips politely informed them that he was willing to sell them anything in his shop, but that his Christian faith would not permit him to be part of a same-sex wedding. Phillips even recommended some of his competitors who he thought would be happy to take their order.

As usual, the 2 gay men ran straight to authorities to file a legal complaint against Phillips, claiming he was discriminating against them because of their sexual orientation. Phillips defended himself by claiming his First Amendment right to freedom of religion, but the Colorado Civil Rights Commission disagreed and ruled against Phillips.

He was defended in court as he continued to appeal his case, by Alliance Defending Freedom. A history of his case and Phillips masterful artwork can be seen in the video below, that was produced by ADF.

The lawsuit against Phillips and his business hurt him financially. He was forced to reduce his staff from 10 to only 4, and then seemed to barely manage to keep his store open.

During his legal ordeal that spanned 6 years, Phillips received numerous threats, including death threats, from what is believed to be members of the LGBT community, who quickly rallied around the two gay men who sued Phillips.

Earlier this month, the US Supreme Court voted 7-2 to uphold Phillips’ appeal of the lower courts rulings against him. Many believed it was a huge victory for all Christian business owners, but it wasn’t a blanket victory for all. The justices ruled that the Colorado Civil Rights Commission was inconsistent in their ruling as they failed to consider Phillips’ religious rights and only looked at the rights of the LGBT community.

This means that many other cases like this are bound to happen and not all will go well for the Christian or Jewish business owners.

The day the Supreme Court was to deliver their verdict, nearly 400 supporters of Phillips gathered outside the cakeshop. Since the victory, Phillips reports that his business has tripled and he has received far more support from the community than negative attacks. Phillips commented:

“Since we won, we’ve seen far more support than negativity. Even people who don’t believe what I do about marriage, including many who identify as LGBT, have been so encouraging. Tolerance is a two-way street. If we want freedom for ourselves, we have to extend it to those with whom we disagree. Most people get that.”

“While we’ve seen much support, it hasn’t all been positive. Throughout the case, I received a lot of harassment, profanity-laced phone calls, and even some death threats. The threats got so bad at one point that my wife was afraid to set foot inside our own shop.”

“Even after we won the case, a group of people showed up at my shop to protest. I offered them cookies and told them to stop by anytime.”

If more Christians were like Jack Phillips and stood for their faith, America would not be in the situation we are today and this would still be a Christian nation with biblical values and morals instead of the stinking cesspool our society has become. The fault is what was once labeled the Silent Majority. It was their silence that allowed the whining of a small minority to take control of our nation. If we want to save America from total destruction, we need prayer and we need Christians to begin to stand up for their faith. If they don’t, all is lost.